MANILA -- Philippine call centers plan to chase more contracts within the Asia-Pacific region to reduce their reliance on the U.S., where President Donald Trump has been pushing companies to relocate operations there.

Jojo Uligan, the president of Contact Center Association of the Philippines, said his group has told state investment promotion agencies to visit other countries in the region, after recent roadshows in New York, Orlando, Houston and California. 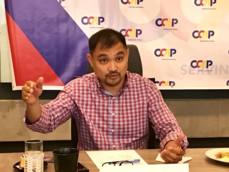 Jojo Uligan, president of Contact Center Association of the Philippines

"We suggested going to other countries like the United Kingdom, and have more visibility in Australia, New Zealand, and [other countries in] Asia Pacific," he told reporters on March 23.

Trump is setting his sights on his tax reform bill -- largely aimed at giving companies tax incentives to relocate their offshore operations back to the U.S. -- after failing his first legislative test to replace President Barack Obama's Affordable Healthcare Act. Trump had previously threatened companies with a "big border tax" if they make products abroad and sell them back home.

"Although it has so far been big manufacturing companies like Ford which have been put under the most pressure by Trump to bring production back to the U.S., outsourcing companies have also come in for criticism," London-based Capital Economics said in a February report about Trump's impact on the Philippines.

Contracts serving American clients powered the industry's growth in the last decade, thanks to an English-speaking workforce steeped in American culture.

The success of the BPO industry has benefitted the wider Philippine economy, which counts as one of the fastest-growing in the region in recent years. BPO companies snapped up office space, and expanded workforces. This increased the spending power of employees, pushing up personal consumption.

Diversifying markets, along with moving to high-value sectors like healthcare, financial services, and animation, is a key strategy in the industry's recently launched six-year growth blueprint. By 2022, the industry expects an annual revenue of $38.9 billion, or 15.5% of the global outsourcing sector, to be employing 1.8 million people.

Industry officials say they have yet to feel Trump's direct impact. "Our clients have given us the same mandate as we have received over the years," said Tonichi Achurra-Parekh, vice-president at StarTek Philippines, the local unit of the Colorado-based call center company.

Alliance Global Group unit Megaworld, the Philippines' biggest BPO office landlord, is pushing through with plans to add 150,000 square meters of office space this year, of which 80% is intended for outsourcing companies.

"If they have not been to the Philippines yet, I would not blame them if they want to conduct further due diligence given the things they have been hearing, both in the US and other parts of the world," said Jericho Go, the company's senior vice-president. "But I assure you, those that are already here and have already set up operations, they are very confident about their growth prospects." Uligan cited cost and quality of the local talent pool. He said setting up operations in the Philippines is 30-40% cheaper than doing so in the US. Philippine companies also hire college graduates, while some U.S. companies give the jobs to high-school graduates, he added.

Go said the weakening of the peso is also a boon for BPO companies that earn in dollars.

But while Trump's tax concrete plan has yet to be rolled out, the industry is already facing technological threats, like automation and contact services that do not require human interaction.

Benedict Hernandez, CCAP chairman, says the industry is focusing on addressing those issues. And if they can do so, he believes they "will survive regardless of any changes in the geopolitical arena."