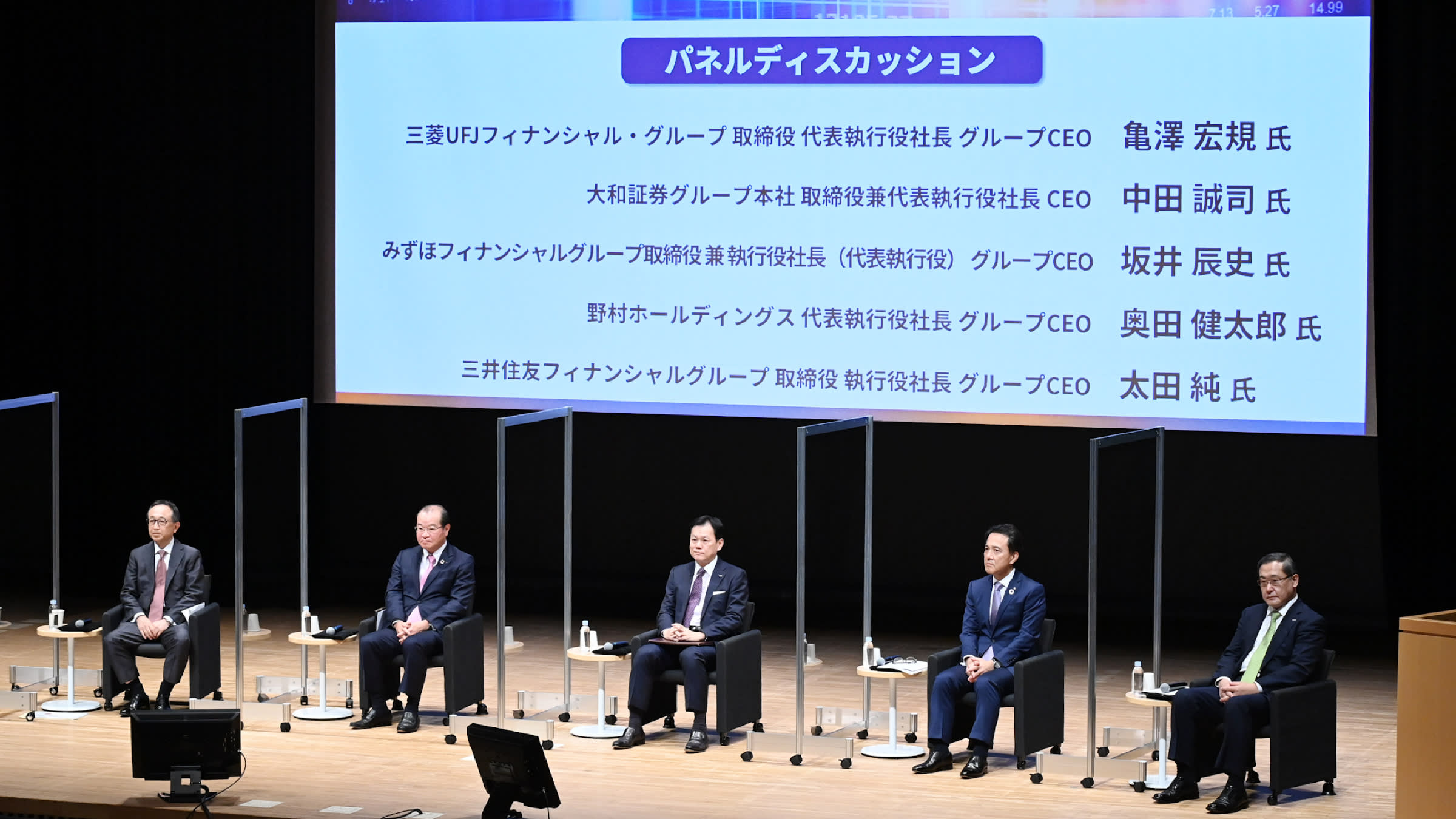 TOKYO -- New work styles and greater digitalization are crucial in adapting to the coronavirus, the leaders of five large Japanese financial groups said Tuesday at a Nikkei hosted symposium on their strategies for an industry transformed by the pandemic.

At the livestreamed event, the heads of the country's three megabanks and two of its biggest brokerages delivered talks on how to turn the setbacks caused by the virus into opportunities. The five executives sat together on the same stage, separated by dividers to reduce the risk of infection.

The pandemic has slashed customer traffic at bricks-and-mortar bank branches by 20% to 30% from last year, forcing institutions that focused on traditional face-to-face interactions to grapple with the accelerating shift to digital transactions.

Mitsubishi UFJ Financial Group CEO Hironori Kamezawa focused on the idea of dispersion. Kamezawa, the only head of a major Japanese banking group with a math degree, argued that concentrating people and data in one place is "costly and inefficient."

MUFG formed a specialized team to handle its digital shift, and the group has been working on organizational changes at the megabank, Kamezawa said.

"We had already implemented changes such as a system for working from home, but I have the sense that the coronavirus crisis has advanced the change in work styles by years," he said. The company looks to establish satellite offices so employees can work close to home, and "we plan to introduce three- and four-day workweeks in December" if negotiations with the employee union pan out, Sakai said.

Kentaro Okuda, CEO of Nomura Holdings, said the brokerage is considering a new fee structure based on a customer's assets under management, moving away from commissions for trading. The aim is to create a virtuous cycle that boosts Nomura's profits as customers make money.

In the future, "financial institutions and securities companies should shift to asset management and consulting," he said.

The leaders also discussed how to help companies that have struggled to survive amid the disruption caused by the pandemic.

"We'll do all we can to help with financing" in industries hit particularly hard by the virus, such as tourism, he said. "We have enough capital to do it."

As for the view ahead, "major trends such as the extension of low-interest-rate policies amid a weak economy, the intensifying U.S.-China conflict and digitalization will not change," Ohta said. 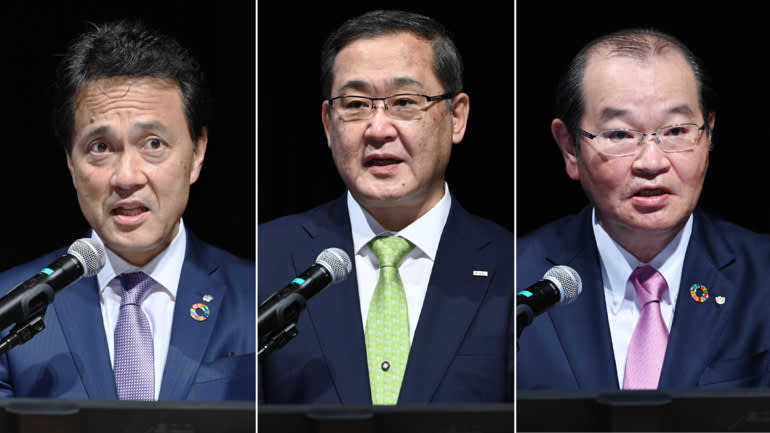 Daiwa Securities Group CEO Seiji Nakata anticipates a growing need for services related to mergers and acquisitions over the medium to long term, both inside and outside Japan, as industry consolidation gains momentum.

Nakata also cited the role of direct financing, without the use of a financial intermediary or other third party.

"The appeal of it lies in being able to provide cash to those that truly need it, based on your own preference," he said.

Companies now have a range of avenues for securing support beyond just traditional financing, Nakata said.

"The digital transformation has made more options available, such as crowdfunding and social tipping," he said.