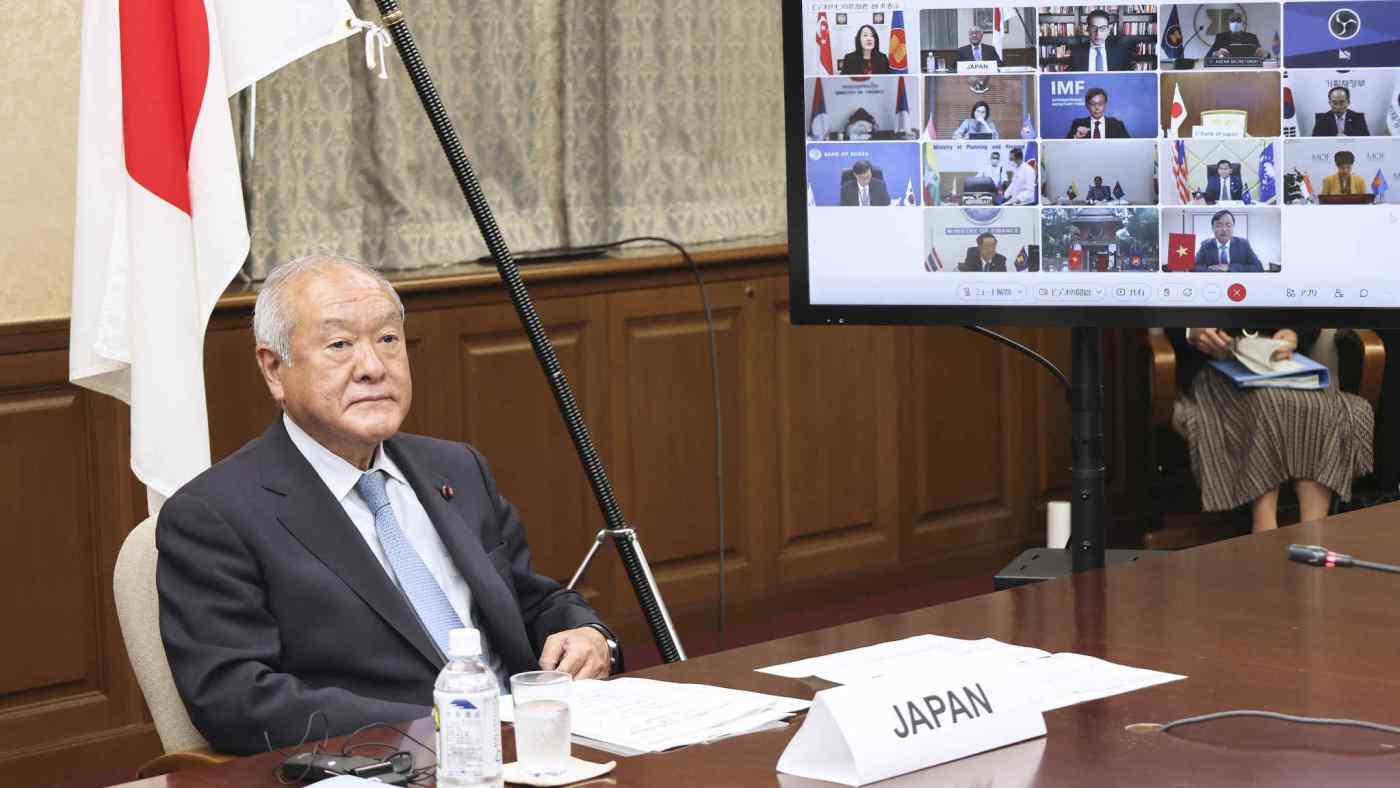 TOKYO (Kyodo) -- Asian finance chiefs on Thursday warned of the "downside risks" from Russia's invasion of Ukraine to the economic recovery of their region, even as they said they expect that their countries will emerge stronger this year from the coronavirus pandemic.

The finance ministers and central bank governors of Japan, China, South Korea and the Association of Southeast Asian Nations said in a joint statement after an online meeting that they agreed to deepen financial regional cooperation to weather the fallout from the conflict between Russia and Ukraine as well as the pandemic.

In addition to the war, rising food and energy price hikes "may pose downside risks to the outlook for the region's trade and investment, growth, and inflation," the finance leaders said.

They also cited the "sharper-than-expected monetary policy normalization in some major advanced economies" as another risk to the region, which marked 6% growth last year helped by high COVID-19 vaccination rates.

Financial markets and economies have closely watched rate hikes, which could weaken the emerging economies' currencies and cause some countries' foreign debt burden to increase.

Japanese Finance Minister Shunichi Suzuki told reporters after the conference that the challenges facing the economies in Asia are mainly caused by the invasion.

"I pointed out that the invasion has seriously impacted the global economy by causing energy and food price hikes, supply chain disruption, financial market destabilization and an increase of refugees," Suzuki said.

The finance chiefs said in the statement that the uncertainty over the global economy highlighted the importance of strengthening the regional financial cooperation through the Chiang Mai Initiative Multilateralization scheme.

Under the scheme, member countries facing short-term liquidity shortages can access a pool of dollars in exchange for their currencies.

The CMIM evolved from the Chiang Mai Initiative, the first regional currency swap arrangement launched by the ASEAN-plus-three countries in May 2000 to prevent a repeat of the 1997 Asian currency crisis.

The financial chiefs welcomed the updated CMIM operational guidelines that added each member's own local currency, other than the dollar, for the currency swap arrangements.

Earlier in the day, the finance chiefs of Japan, China and South Korea held a separate virtual meeting and said they "should remain vigilant" to risks including the uncertainty over Russia's aggression.

They also pledged to keep on "using supportive policy tools to maintain recovery while preserving monetary and financial stability and long-term fiscal sustainability."