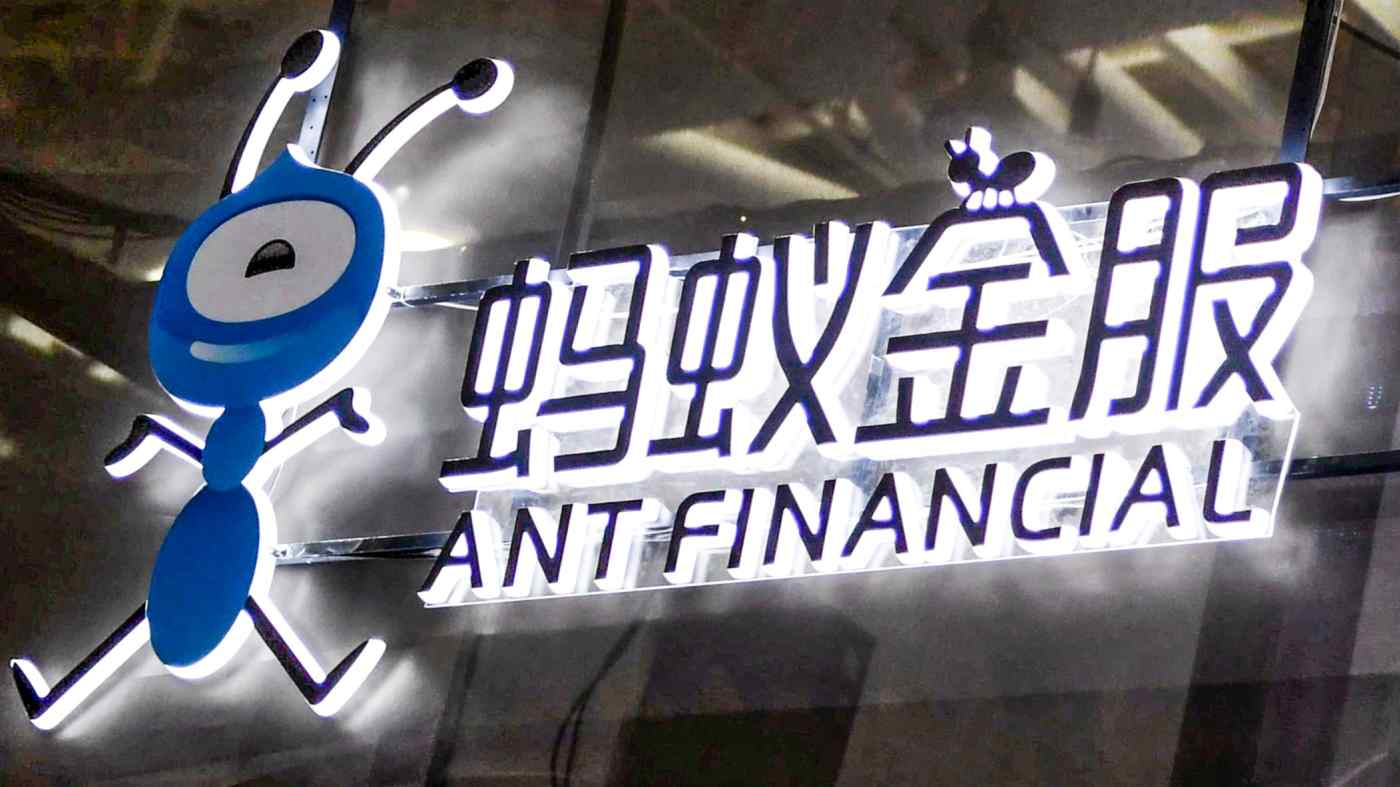 HONG KONG -- China's Ant Group said on Monday that it will seek an initial public offering in Shanghai and Hong Kong in an eagerly awaited move toward the stock market by one of the world's biggest fintech unicorns.

Ant, the spinoff of Chinese e-commerce conglomerate Alibaba Group Holding, said it would examine a dual listing on China's Nasdaq-style STAR board as well as the Hong Kong Stock Exchange.

Conspicuously missing from the destinations was New York, where Alibaba first listed in September 2014 on the New York Stock Exchange in the largest IPO of all time.

Ant did not disclose the size of its planned IPO nor the timing. But the Hangzhou-based company is already valued at more than $200 billion, up from the valuation of $150 billion during its 2018 fundraising, according to a person familiar with the deal.

The Chinese fintech group aims to sell 10% of its shares through the dual listing, the person said, adding that Ant generated about $2 billion in profit in the October-December quarter.

"The timing and the exact size of the offering is still in discussion... Ant will try to list this year, but given [the] dual listing, uncertain market outlook and the fact that we are already well into July, it could possibly get pushed to 2021," the person told Nikkei Asian Review.

The fintech runs Alibaba's mobile wallet, Alipay, and offers financial products to Alipay users. In recent months, Ant has also allowed merchants in China to build their digital operation within the Alipay app, seeking to keep users within its payment ecosystem amid rising market competition and direct new customers to other services such as cloud computing and big data.

"The listings will help the company accelerate its goal of digitizing the service industry in China and driving domestic demand as well as position the company to develop global markets with partners and expand investment in technology and innovation," Ant said in a statement.

"Becoming a public company will enhance transparency to our stakeholders," said Eric Jing, executive chairman of Ant Group in the statement.

Andrew Sullivan, a director at Hong Kong-based broker Pearl Bridge Partners, said, "It is an opportune time [for Ant] to list given IPOs in Hong Kong and Shanghai have generally performed well."

"For Ant, it has performed very well and gained from the lockdowns as people went digital," he added. "The company is expanding in China and overseas and requires capital. Expansion in financial services never comes cheap."

Ant Group -- known until this year as Ant Financial -- was spun out of Alibaba in 2011, when the e-commerce giant separated its Alipay payments platform from the rest of the company.

Ant helped to pave the way for a listing last year when Alibaba gave up its rights to 37.5% of Ant's pretax profits in exchange for 33% stake, which simplifies the group's ownership structure.