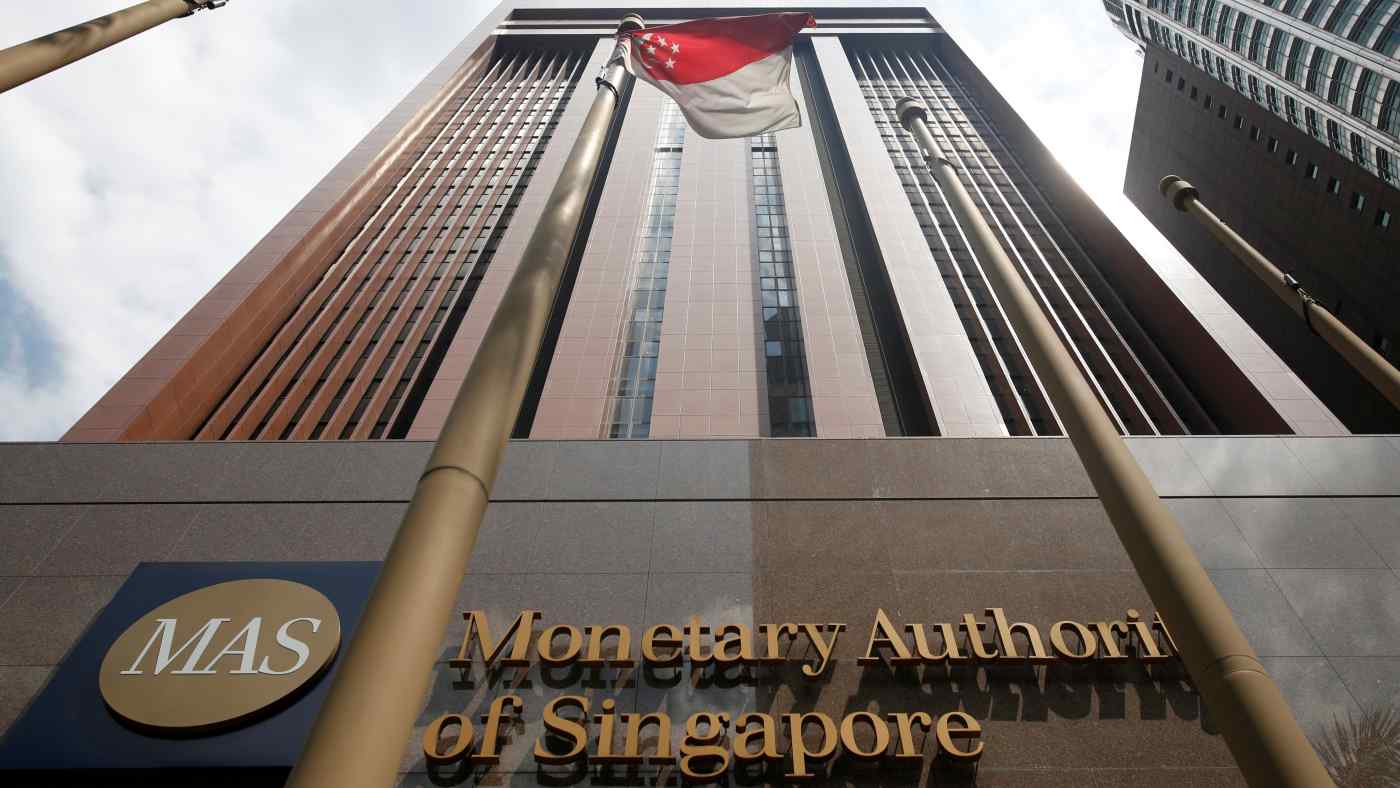 SINGAPORE -- With Singapore set to award up to five new digital banking licenses, some of Asia's biggest tech upstarts, including Ant Group and Grab, are hoping to win an opportunity to boost their online financial businesses as the coronavirus pandemic continues to drag on global economies.

The Chinese fintech giant and the Singapore-based ride-hailing unicorn, as well as smartphone maker Xiaomi and e-commerce and gaming group Sea, are among the applicants for the licenses that will enable them to offer a variety of financial services in the city-state, which has long been a regional financial hub.

Who will end up with those licenses has been a hot topic among financial industry players over the past weeks as the year-end deadline nears. The winners could be announced soon. Singapore is hosting a weeklong virtual and physical fintech event starting Monday, expected to be attended by industry leaders.

In June this year, MAS said 14 of the 21 applicants had progressed to the next round of assessment, without revealing names.

With the announcement of winners expected soon, one company that is drawing more attention than the rest is Alibaba Group Holding's affiliate Ant. The Alipay operator last month shelved what was to be the world's biggest initial public offering due to greater Chinese regulatory scrutiny, a move that observers said could potentially affect its overseas business plans.

Yet, MAS Managing Director Ravi Menon said in a recent Bloomberg interview that regulatory tightening in China will not have an impact on digital banks in Singapore. "It's not our job to try to guess what the geopolitical situation might be like, what actions might be taken by other countries with respect to some of these entities," he was quoted as saying.

Some market observers such as Zennon Kapron, director of Singapore-based financial research firm Kapronasia, felt differently. "The MAS has stated that regulatory tightening in China will not have an impact on Singapore digital bank aspirants, but the implications seem impossible to ignore," Kapron said.

He added that "domestic issues or pressures" could have significant impact on a company's international business and that the MAS cannot ignore the challenges that some of the Chinese digital bank applicants face at home.

TikTok app owner ByteDance is reportedly also one of the applicants. The company has also faced regulatory hurdles in the U.S.

Among the assessment criteria used by MAS are applicants' business propositions and sustainability. With the unexpected emergence of the COVID-19 pandemic, MAS has also asked them to review their business plans.

Most applicants have already moved into or expanded their financial businesses, as they see the provision of such services as being key to the global move toward digitalization. The pandemic has only accelerated their plans.

"It's even more important now to have a banking solution that is accessible and affordable to as many consumers as possible," said Grab President Ming Maa late last month.

Grab has partnered with Singapore Telecommunications in a 60%-40% joint venture in bidding for a full banking license. Singtel also has its own digital payment service. Its partnership with Grab is seen as a strong contender, along with Sea, the region's most valuable listed company that has invested heavily in financial services expansion.

The winners are expected to start offering banking services about a year later.

Even without a banking license, a company can operate financial services such as e-payment under other licenses. But having a banking license would further unlock opportunities in the city state, and potentially pave the way for business in other countries. The central banks of Malaysia and the Philippines also plan to issue digital banking licenses to newcomers.

"Many ASEAN countries are watching Singapore's digital banking race with great interest," Kapron said, referring to the 10 countries in the Association of Southeast Asian Nations. "Any firm that can obtain a license in Singapore would likely have an easier time as they expand into other ASEAN markets."