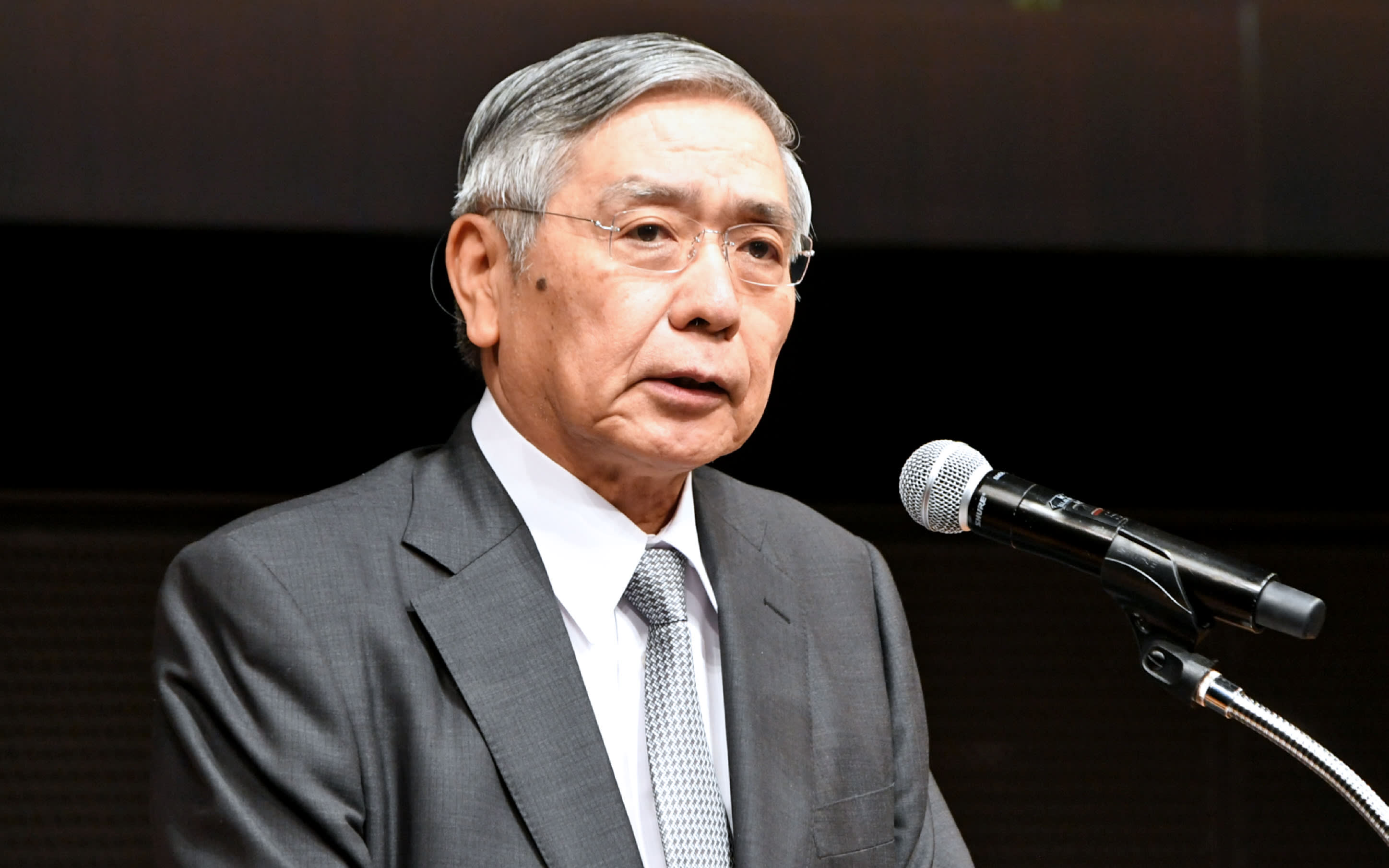 BOJ Gov. Haruhiko Kuroda speaks at the Fin/Sum 2019 event on Sept. 4, hosted by Nikkei and the Financial Services Agency. (Photo by Shihoko Nakaoka)

TOKYO -- Bank of Japan Gov. Haruhiko Kuroda on Wednesday emphasized the potential growth that banks and fintech companies can spark if they work together, acknowledging the expanding role of financial services provided by companies outside the conventional banking industry.

"Companies need to realize innovations which would promote the creation of new products and the development of new markets," Kuroda told the Fin/Sum 2019 fintech summit in Tokyo, co-hosted by Nikkei and Japan's Financial Services Agency. Good services born out of collaboration between banks and fintech players would "bring new sources of growth."

Kuroda pointed out that the spreading use of smartphones prompted the integration of commercial and financial services. Accounting software enabled the collection of detailed transaction information from private companies and allowed "players other than banks to act as financial intermediaries," he said, giving rise to new suppliers of funds.

The BOJ set up a Fintech Center within its Payment and Settlement Systems Department in 2016, to help "foster fintech and maximize its contribution to the economy as a whole," according to a statement from the governor at the time.