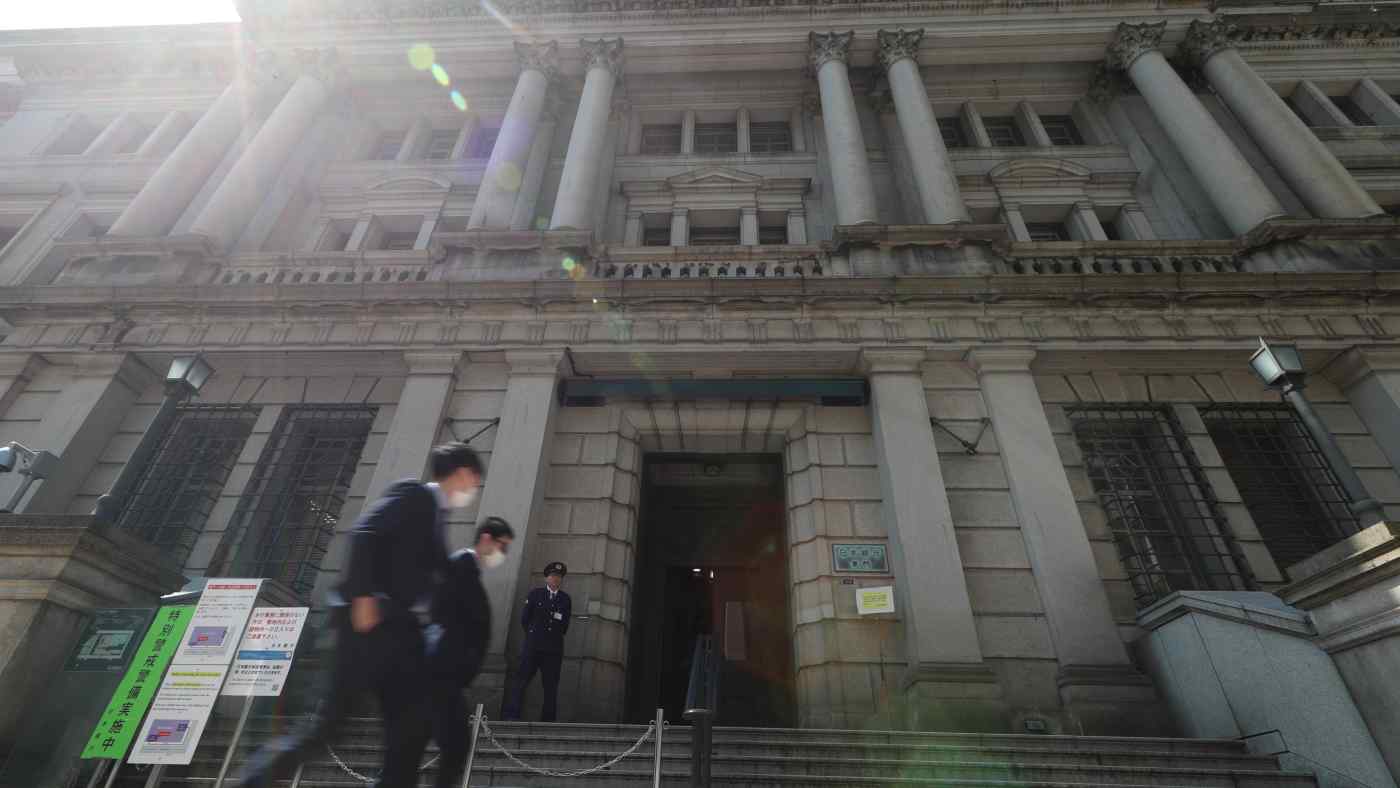 TOKYO -- The Bank of Japan said Tuesday it will increase incentives for financial institutions in the nation's overpopulated regional bank sector to improve their operations.

Under the new special deposit facility, a three-year measure, the BOJ will pay additional interest of 0.1% on the current accounts of regional banks held at the central bank. To be eligible, the institutions must raise profitability or improve operations through mergers.

The initiative shows the central bank moving in step with the government to support consolidation among local banks, many of which struggle with low profit margins and shrinking customer bases.

Regional banks and credit unions that do business with the BOJ are eligible for the higher interest rate. The target period is from fiscal year 2020 through 2022.

The conditions for the better rate include mergers and regional banks' achievement of targets to improve their ratio of overhead costs to gross operating profit.

The coronavirus pandemic has added to the strain on Japan's regional financial institutions, which face challenges due to prolonged monetary easing, negative interest rates and population decline.

Pressure for these lenders to merge is increasing after new Japanese Prime Minister Yoshihide Suga said that "there are too many regional banks."

Japan's parliament passed a special merger law that exempts mergers of regional banks in the same prefecture from the antimonopoly act, and the legal change will take effect on Nov. 27.

Until now, the antimonopoly act has blocked mergers of local banks in same prefecture.

The BOJ decided to introduce the new deposit facility at a regular meeting of its policy committee held Tuesday.