Bank of East Asia caves to pressure for review of operations

Activist investor Elliott pushed for assessment, which could lead to asset sale 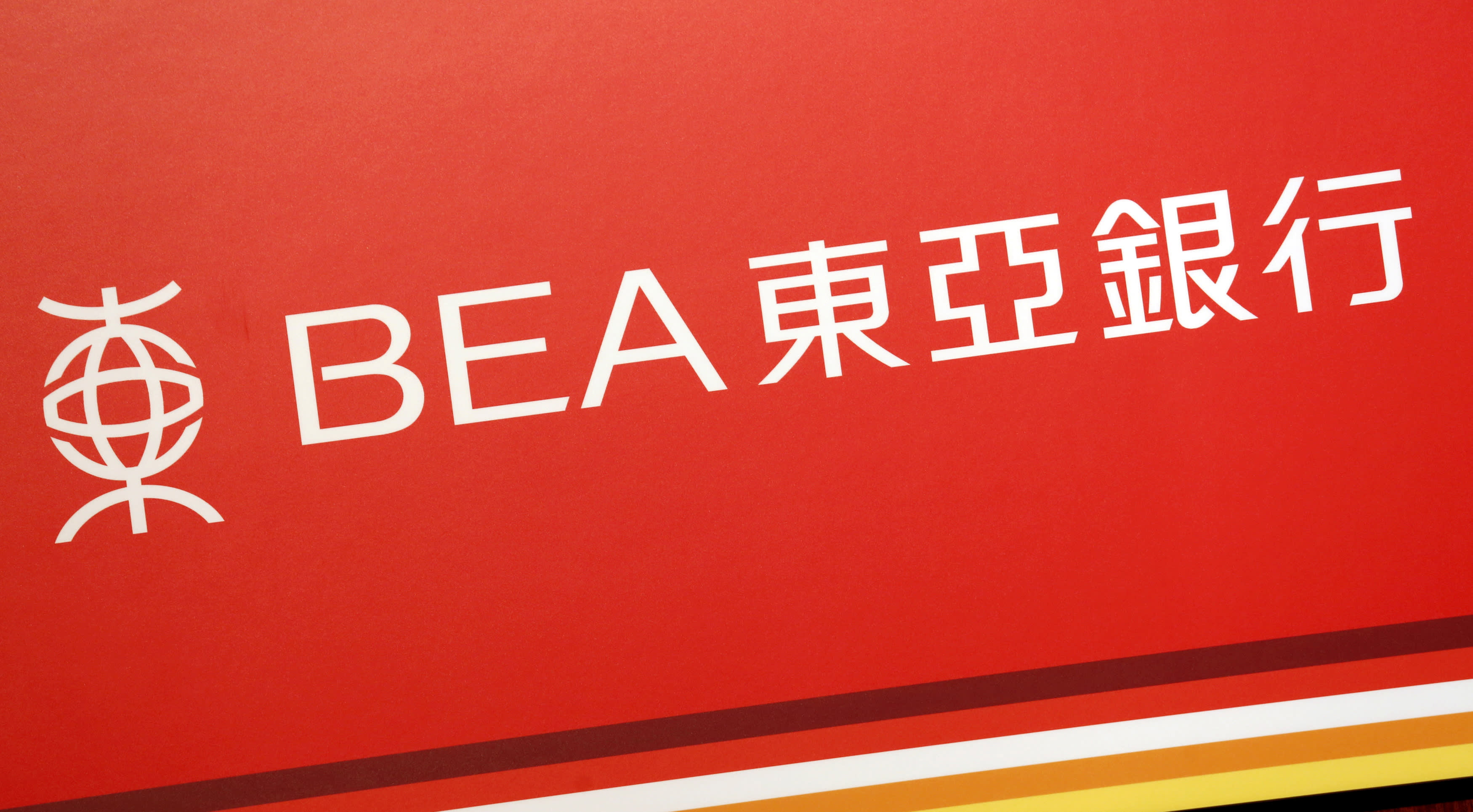 Hong Kong-based Bank of East Asia on Wednesday said that it has engaged Goldman Sachs as its financial advisor for the review and will update investors by June 30.   © Reuters
NARAYANAN SOMASUNDARAM, Nikkei Asian Review chief banking and financial correspondentMarch 4, 2020 14:56 JSTUpdated on March 4, 2020 17:03 JST | Hong Kong
CopyCopied

HONG KONG -- Bank of East Asia, which counts Sumitomo Mitsui Banking Corp. as its biggest shareholder, has submitted under pressure from activist investor Elliott Management and announced a review that could lead to a sale of assets, sending its shares higher on Wednesday.

The 101-year-old Hong Kong-based bank, which last month reported that profit fell by half in 2019 to a 10-year low due to a surge in loan losses in its mainland China business, said in a statement on Wednesday that it has engaged Goldman Sachs as its financial adviser for the review and will update investors by June 30.

The review will focus on the identification of potential transactions to boost the value of existing businesses and assets as well as "strategic alternatives" for noncore assets. It did not give further details.

A person familiar with the matter said everything was "on the table," including the bank's mainland China and Hong Kong operations, and a capital infusion into the two businesses.

"By working with Goldman Sachs, we've invited potential partners and counterparties to engage with the bank," the person, who requested anonymity, said. "It's inviting a conversation with people in any industry as a sort of advertising to the world that there's going to be serious consideration" for any transaction.

The person said preliminary discussions have led to the belief that the market looks at Bank of East Asia's mainland China business, which includes branches and licenses, as "attractive." A transaction could lead to control of the business or bring in partners who have the operational expertise.

David Li, center, and his two sons, Adrian Li, left, and Brian Li, in 2017. The brothers took over as co-chief executives last year, which came after their father stepped down to become executive chairman.   © Reuters

The review has the support of Elliott, which owns 7.5% of the bank, and over the years has agitated over the perceived failings in management by the founding Li family.

Following the earnings slump, Bank of East Asia has already started making amends. It will focus on digital banking and tier 1 cities in mainland China to reduce the risk of a buildup in nonperforming loans on its books, Co-chief Executive Brian Li said in an earning conference call last month.

He and his brother, Adrian Li, took over the top job last July. That came after their father, David Li, who turns 81 this month, stepped down to become executive chairman.

The review was announced a day after the U.S. Federal Reserve lowered rates by 50 basis points in its first emergency move since the global financial crisis more than a decade ago, amid concerns the outbreak of the new coronavirus threatens economic expansion.

Citigroup analysts led by Yafei Tian in an investor note said every 25 basis-point rate cut could reduce Hong Kong banks' 2020 earnings by as much as 10%.

Shares in Bank of East Asia, which has contested Elliott's claims, rose 2% in midday trading.

Elliott, a New York-based hedge fund that manages about $40 billion in assets, pushed for changes as long ago as 2014 and subsequently called for a sale of the bank. It began legal proceedings in 2015, alleging that the bank suffers from an entrenched executive management team that has mismanaged the business, leading to a weak underlying financial and operating performance and poor returns.

A legal hearing was due later this year and the statement said Elliott would apply for a court-ordered pause of these proceedings. Japan's SMBC owns 19.5% of Bank of East Asia, while Criteria Caixa, a Spanish holding company that also controls Caixa Bank in Spain, owns 16%.

Bank of East Asia "has built a strong and valuable franchise in Hong Kong and the mainland, and we believe this step will lead to significant value creation," said Jonathan Pollock, co-chief executive officer and chief investment officer of Elliott. "We look forward to continuing a dialogue with management and the board about opportunities to increase shareholder value."

The management of Bank of East Asia is expected to resist offering a full sale of the bank and will try to hawk some ancillary businesses. It has a securities joint venture in China, and offers insurance services and margin financing in Hong Kong, said a Hong Kong-based analyst who tracks the company.

"Interest of Chinese lenders in a Hong Kong bank has diminished now. At best, a mainland bank with a presence in Hong Kong would look at Bank of East Asia as a consolidation opportunity," the analyst said.

Bank of East Asia first issued shares to Caixa in 2007, and since then the Spanish bank and SMBC have together increased their stakes to over a third of the Hong Kong bank. While Bank of East Asia has termed the arrangement as strategic partnerships, some investors including Elliott have said the stake sales were aimed at protecting family ownership.

The bank has survived as an independent lender in a market dominated by HSBC Holdings, Bank of China (Hong Kong) Holdings, and Standard Chartered, even as other family-run banks were acquired.

Elliott, best known for hounding the Argentine government for 15 years for bond default before accepting a payout in 2016, has a history of taking on management and pushing for change. In 2014, it called for a higher price in OCBC's acquisition of Wing Hang Bank but failed to get it.

Two years later it took a stake in Nasdaq-listed U.S. software exporter Cognizant Technology Solutions that has more than three-fourths of its employees based in India. It then sent a "value-enhancement plan" to the management, forcing a board shake-up. In February 2017, Cognizant agreed to appoint three new board members and return $3.4 billion to shareholders.

Recently, it began pressing SoftBank Group for details about $10 billion of investment securities on its balance sheet as part of a campaign to improve the value of the Japanese company.