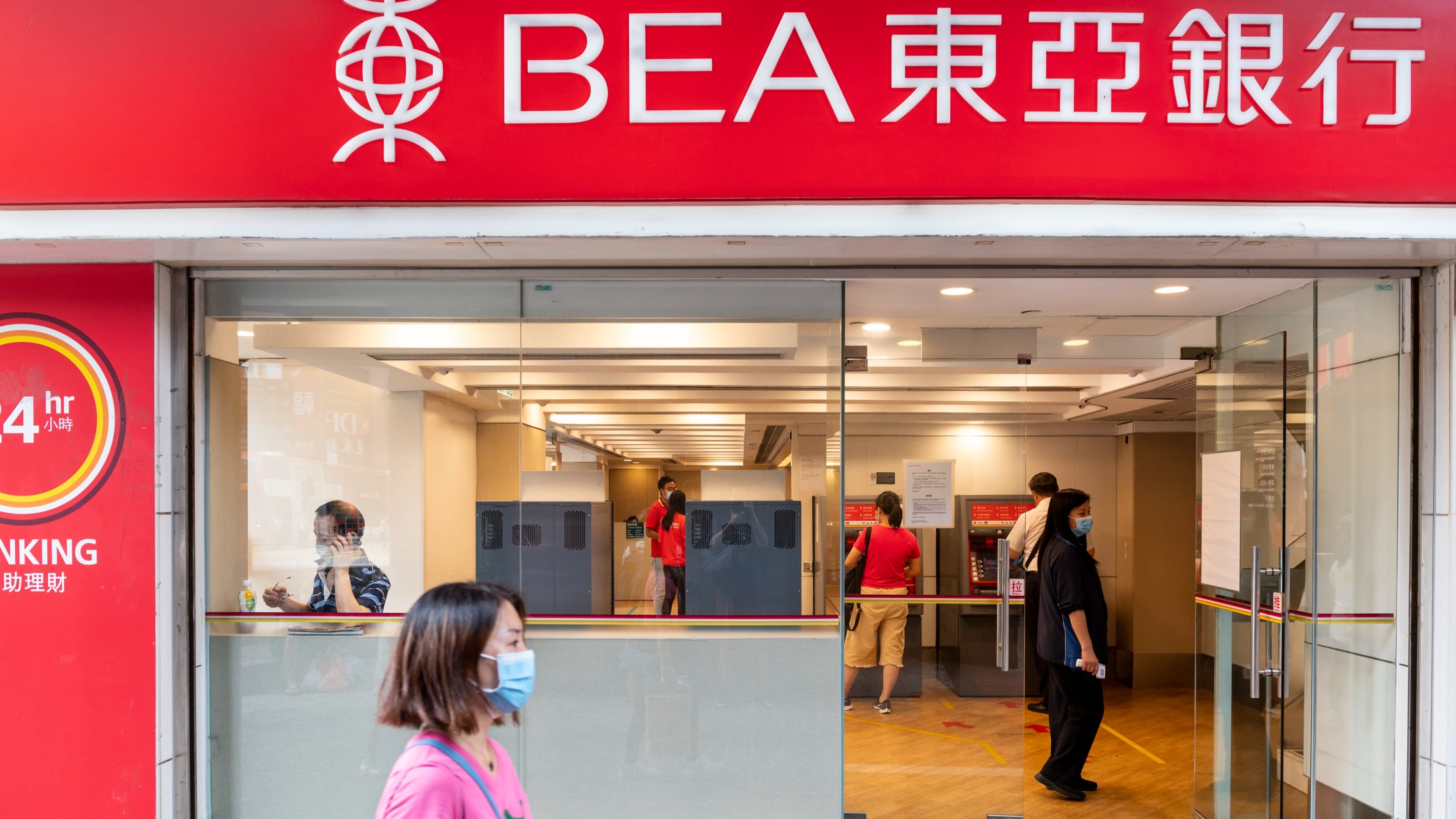 HONG KONG -- Bank of East Asia, the Hong Kong-based lender besieged by activist investor Elliott Management, has agreed to sell its life insurance unit, likely worth as much as $600 million, and seek a partner for its China business after a review aimed at boosting its profits and stock performance.

The 102-year-old bank, which counts Sumitomo Mitsui Banking Corp. as its biggest shareholder, said it plans to seek "strategic and synergistic partnerships" for its mainland China banking business. Bank of East Asia also said in a statement that it was eyeing a long-term exclusive distribution agreement with the buyer of BEA Life, gaining a potential new source of revenue.

The review of the bank's operations concluded that the insurance business could be quickly sold off and that larger gains could be achieved from finding a partner for its China banking business, a person familiar with the situation said.

Two other people familiar with the insurance business said the unit, with gross written premiums of 4.8 billion Hong Kong dollars ($619.3 million) in 2019, could fetch between $450 million and $600 million.

A banking partnership, which could include a stake sale, would help clean up Bank of East Asia's Chinese loan book, according to the person familiar with that development.

While the impaired loan ratio for the bank's Hong Kong operations stood at 0.46% on June 30, the measure was at 3.91% at its mainland operations, the bank reported last month.

The decisions come after a six-month review aided by Goldman Sachs and supported by Elliott, which over the years has agitated over the perceived failings in management by the bank's founding Li family.

The activist investor, which owns 7.5% of Bank of East Asia, in March suspended proceedings it started in 2015 against the bank and certain former and current directors.

"The sale of BEA Life will be a good first step, and we look forward to continuing our engagement while the company follows through on this and the other important conclusions of the review on strategic initiatives to create value for shareholders," said Jonathan Pollock, co-CEO and chief investment officer at Elliott.

The bank said it has retained Goldman Sachs as adviser for the sale of the life insurance business. Other conclusions from the review include boosting fee-based income and lowering expenses ratio by streamlining operations.

The sale of the insurance unit "will allow the bank to focus on core banking operations in Hong Kong and mainland China," co-Chief Executives Adrian Li and Brian Li said in a statement, adding that a "more nimble business" will support "growth" and optimize "shareholder return."

Elliott, which is known for hounding the Argentine government for 15 years over bond defaults before accepting a payout in 2016, has previously called for a sale of the entire bank.

In its now-paused legal proceedings, it alleged the bank suffers from an entrenched executive management team that has mismanaged the business, leading to a weak underlying financial and operating performance and poor returns.

The review also considered the sale of other businesses, including its securities joint venture in mainland China, pension unit and margin financing business in Hong Kong, one of the persons familiar with the situation said.

The sale of the life insurance unit is in line with moves by banks globally to switch to a bancassurance model, in which a bank enters into an distribution agreement with an insurer in exchange for an upfront amount and ongoing fees to allow access to its branch network and clients.

The business is likely to attract interest from insurance companies looking to expand or acquire in the region, the people familiar with the deal said.

Bank of East Asia is the biggest of the surviving independent lenders in a Hong Kong market dominated by HSBC Holdings, Bank of China (Hong Kong) Holdings and Standard Chartered.