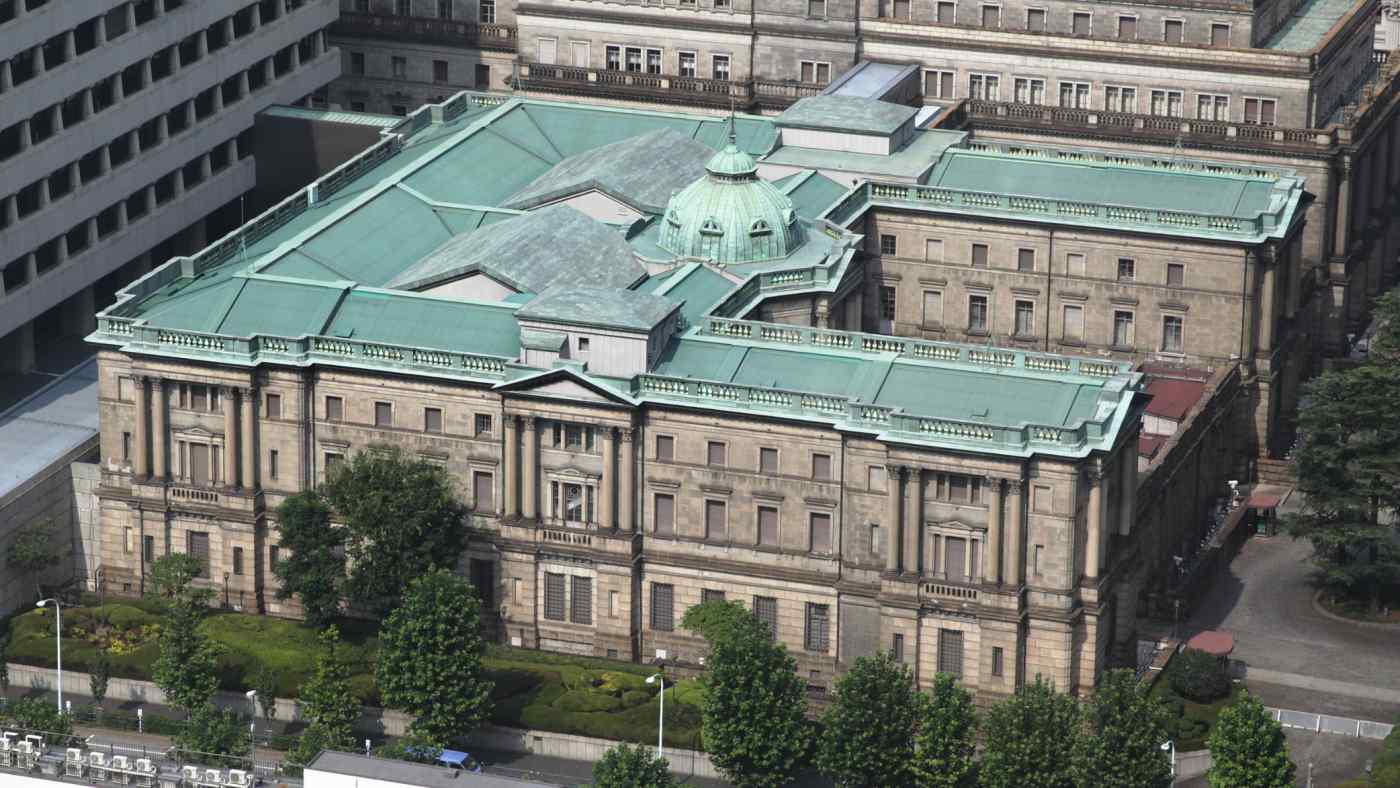 TOKYO -- The Bank of Japan will consider changes to its approach to purchasing exchange-traded funds at its policy board meeting next week, a potentially significant move by the institution that has become the top holder of Japanese stocks.

As the risks of buying in an overheated market become more apparent, some at the central bank have proposed eliminating its 6 trillion yen ($55 billion) annual target in favor of an approach that allows for greater flexibility to adjust to market conditions.

The BOJ has already sharply scaled back ETF purchases this year. The year-to-date total stood at 350.7 billion yen as of Friday, a seven-year low and a 76% drop from the same period in 2020. If buying continues at the current pace, the annual total would come to about 1.8 trillion yen.

The size of individual purchases has also fallen to 50.1 billion yen per day. Over the same period last year, purchases were in the 70 billion yen to 100 billion yen range, even reaching 200 billion yen at times when the coronavirus outbreak roiled global markets.

The change reflects rising stock prices that have reduced the need for the BOJ to supply capital to the market. The bank bought ETFs on just one day in February, a month when the Nikkei Stock Average hit a 30-plus-year high in the 30,000 range. In recent years, the BOJ had stepped in with purchases in the afternoon after morning sessions in which the Topix fell more than 0.5%. But this seemed to change last month, with the bank staying in wait-and-see mode even when this condition was met, though it did respond to larger drops.

When the central bank launched the ETF-buying program in December 2010 under then-Gov. Masaaki Shirakawa as part of its monetary easing program, it set an annual target of about 450 billion yen. The scheme has expanded gradually under Gov. Haruhiko Kuroda to its current pace of around 6 trillion yen per year, with a ceiling of 12 trillion yen.

The bank recently surpassed the Government Pension Investment Fund -- nicknamed the "whale" for its massive market presence -- as the top holder of Japanese stocks, with the book value of its ETF holdings clocking in at 35.7 trillion yen at the end of February.

There is growing concern among market watchers that continued buying could interfere with market functions. And if share prices plunge, the BOJ may suffer losses or even drop into negative net worth.

In light of these side effects and risks, the central bank will review its approach to ETF purchases at the upcoming policy board meeting. By holding back on buying when market conditions are normal, the BOJ will have more leeway for big moves when share prices plunge.

"Conducting purchases flexibly in a prioritized manner will lead to enhancing the sustainability of monetary easing," Deputy Gov. Masayoshi Amamiya said in a recent speech.

How this will affect the bank's buying target and ceiling is a key question. Lowering the 12 trillion yen cap, or eliminating it entirely, could be interpreted as a retreat from easing. The BOJ is likely to maintain it as is to avoid turmoil that could drag down stock prices and lead to a spike in the yen.

The 6 trillion yen target, on the other hand, is seen as fair game to scrap, according to a senior BOJ official. The central bank will consider removing this potential obstacle to flexibility, while keeping an eye on market trends.

The BOJ is conducting a broad re-examination of its monetary policy as the economic damage caused by the coronavirus pandemic makes its target of stable inflation of about 2% an even more distant prospect. The results of this review will be presented at next week's meeting.

The central bank is also expected to raise the possibility of lowering its long- and short-term interest rate targets further if needed, while also coming out with measures to avoid further squeezing the earnings of financial institutions.