Some 300,000 stores seen taking the virtual currency this year 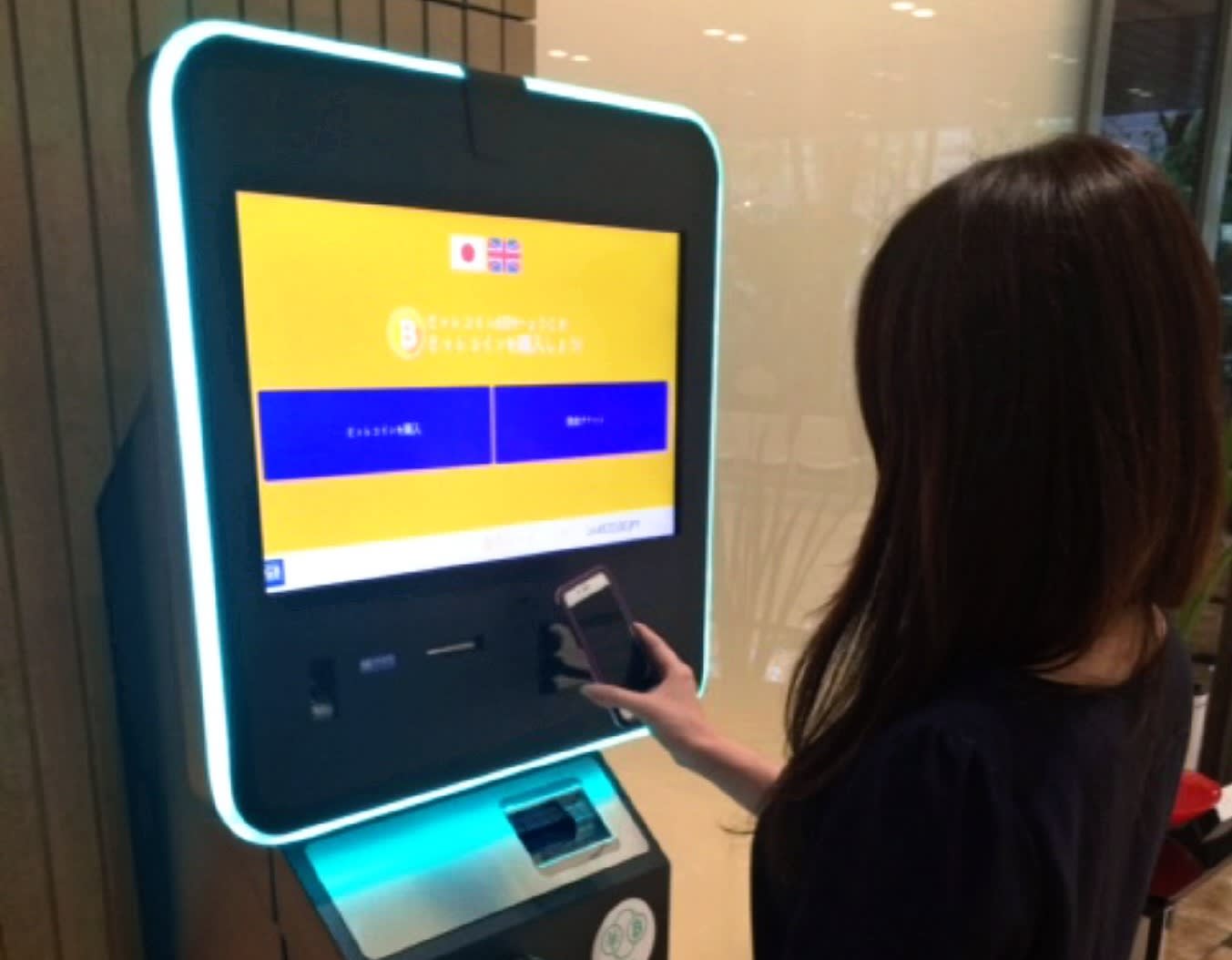 A woman pays her gas bill in bitcoins.

TOKYO -- Virtual currencies are gaining traction in Japan, with restaurant operators and retailers realizing the benefits of a simple, transnational form of digital payment.

At Nippon Gas' headquarters here, customers paying in bitcoin can settle their accounts in less than a minute simply by scanning their smartphones at a special ATM. The utility has grasped the simplicity that comes with removing physical cash from the equation.

Eateries were among the first Japanese businesses to adopt bitcoin, which debuted eight years ago and is fairly popular with visitors from abroad. The formerly niche technology is now gaining broader acceptance -- for example, among appliance retailers, convenience stores and certain utilities. The number of stores accepting it "is expected to rise to 300,000 or so in 2017," according to Midori Kanemitsu, chief financial officer at bitcoin exchange operator bitFlyer.

The climbing value of virtual currencies has much to do with their growing popularity. Bitcoin is worth 1,000 times more today in dollar terms than a little over six years ago, hitting an all-time high Monday. Roger Ver, a prominent early investor in bitcoin startups, has amassed a bitcoin fortune worth more than 10 billion yen ($89.9 million). Other early adopters have reaped similar rewards.

Getting in on the act

New virtual currencies emerge constantly, adding to the 1,000-plus already in circulation. The combined market value of around 700 of the most prominent tops $77 billion.

Osaka-based exchange operator Tech Bureau has floated the sanomaya, named after pop idol Maya Sano, along with similar currencies for other members of her group. Fans purchase and trade these currencies, whose value at any given time represents their namesake's popularity.

Municipalities are coming out with their own currencies to invigorate local economies. Kasumigaura, in Ibaraki Prefecture, awards "points" via smartphone for use toward purchases at restaurants and shops in the city, for example.

Blockchain technology, the foundation of these currencies, holds even broader appeal. Under the distributed-ledger model, the user of a system keeps a complete record of transactions in that system on the user's computer. Every 10 minutes or so, the records are compared and updated, adding new blocks -- information on a given transaction, including how that transaction relates to previous ones -- to the overall blockchain.

Distributing responsibility for record-keeping circumvents some of the challenges traditional, centralized computer systems face, including the need for high-performance devices at the core and hefty cybersecurity costs. It also protects against fraudulent transactions. Falsifying records in a blockchain is effectively impossible because it requires rewriting massive amounts of recent and past data on computers around the world.

Japan has taken its first steps to grant virtual currency legal recognition. Legislation that took effect April 1 labels it a method of payment akin to prepaid cash cards and gift certificates. Exchanges must now be licensed by the government. Such entities as online securities firms are expected to get into the game.

But virtual-currency markets remain largely unregulated and so carry sizable risks. Speculation tends to stoke appreciation in the short term, leading to periodic plunges in value. Bitcoin and its peers are also often used to launder stolen funds.

In the near term, there is little chance of bitcoin overtaking the yen in popularity in Japan, according to such experts as Naoyuki Iwashita, former head of the Bank of Japan's FinTech Center. Confidence in the yen is strong, despite the government's massive debt load. And the yen's shifts in value are slow and slight compared with those among volatile virtual currencies, making it a superior form of payment.

For now, virtual currencies are gaining popularity mainly as investments. But the battle over their status as currencies in their own right could soon begin in earnest.