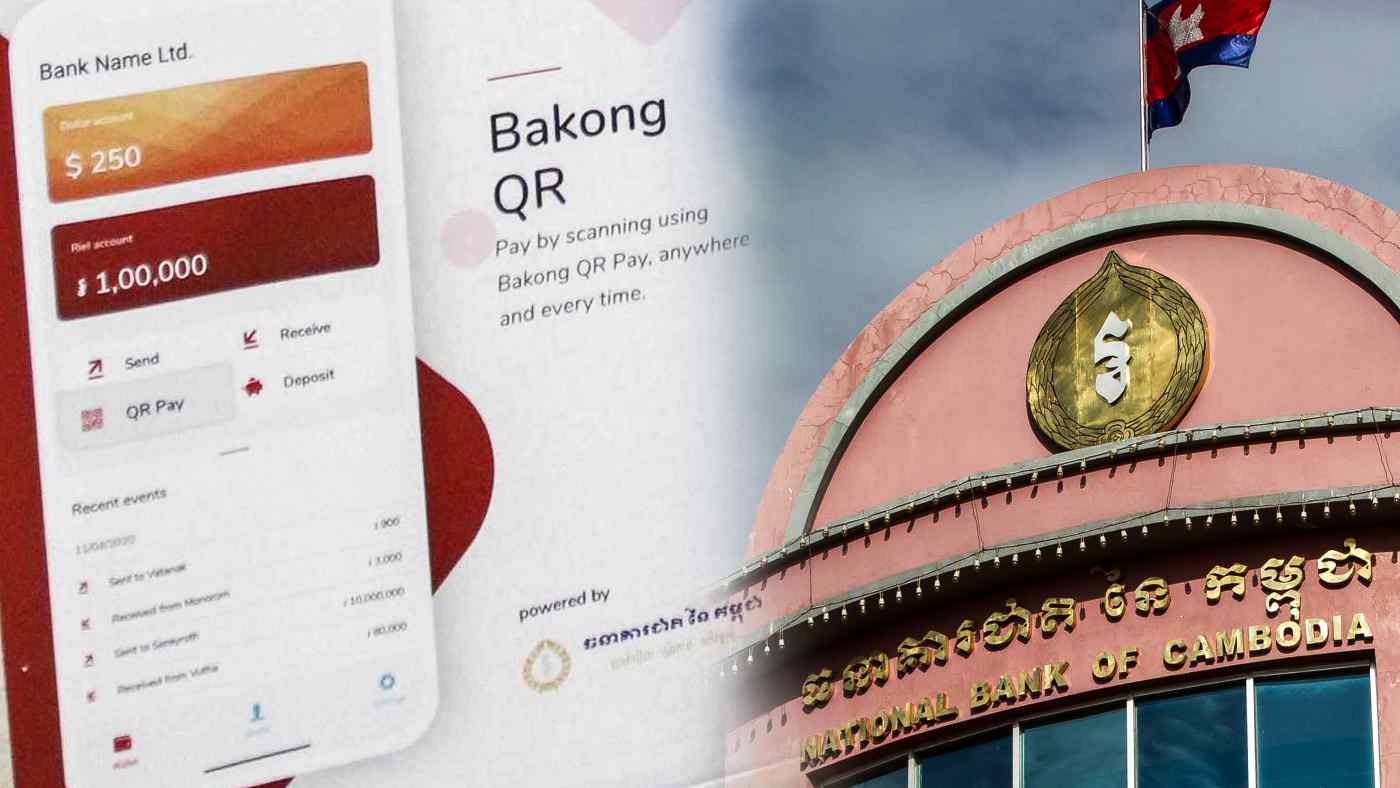 The National Bank of Cambodia's Bakong is recognized as one of the world's first digital currencies backed by a central bank. (Source photos by Kyodo and Getty Images)
KENTARO IWAMOTO, Nikkei staff writerJanuary 4, 2022 12:02 JST | Cambodia
CopyCopied

SINGAPORE -- A digital currency run by the Cambodian central bank has been named one of the Awards for Excellence winners of the 2021 Nikkei Superior Products and Services Awards for its innovative technology and impact on the country's economic and social development, Nikkei announced on Tuesday.

Called Bakong, the blockchain-based nationwide payment system from the National Bank of Cambodia officially launched in October 2020 and is recognized as one of the world's first central bank digital currencies (CBDC).