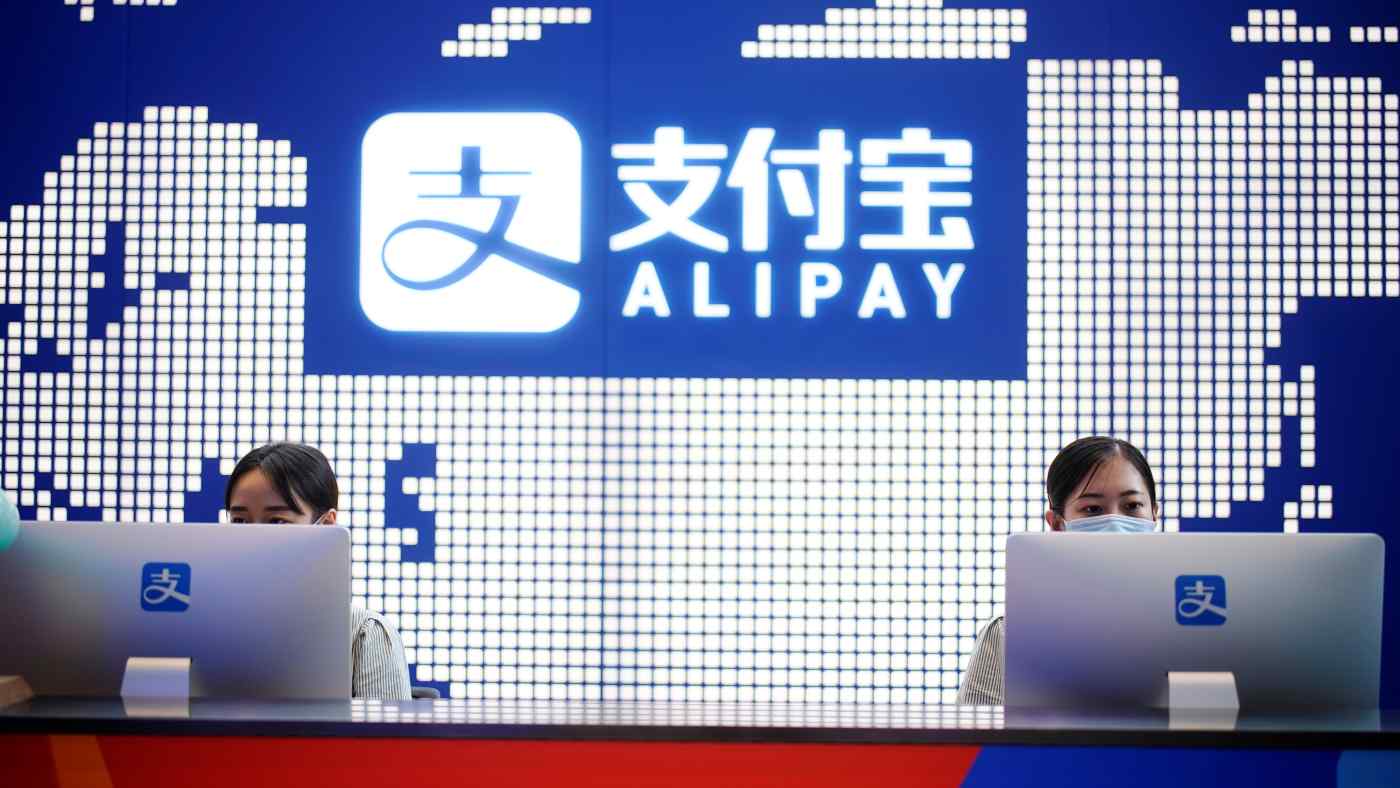 HONG KONG/SHANGHAI -- The suspension of Ant Group's much-anticipated dual initial public offering has been chalked up to regulatory concerns, but a deeper unease about the tech company's growing role in the financial system appears to have weighed on authorities' minds.

On the morning after Tuesday's announcement, the gong that leaders of the Alibaba Group Holding spinoff would have struck to mark a likely record-breaking debut still sat in the trading hall on the fifth floor of the Shanghai Stock Exchange.

"The preparations were ready, but we'll put it away tonight," an exchange staffer said matter-of-factly.

Chinese regulators had cited risks to the financial system in a sudden meeting Monday with Ant executives and controlling shareholder Jack Ma. Authorities could not get a clear picture of the 2 trillion yuan ($299 billion) in digital financing extended by the company, they said. On the same day, regulators released a draft of new rules governing online microlending.

But two other points likely factored into Beijing's push to halt the listing: characteristically blunt criticism from Ma, and alarm at Ant's explosive growth into a finance sector colossus.

Some analysts have pointed to an Oct. 24 speech in Shanghai as a potential trigger for the government's ire. Ma argued then that "good innovations do not fear supervision" and that "there is no systemic risk in Chinese finance because there is basically no system."

Ma has irked Chinese authorities with his outspoken commentary before. Earlier remarks expressing skepticism about the role played by China's central bank are believed to have played a role in his retirement as head of Alibaba.

Regulators also worry about the potential for Ant to disrupt the finance sector, as well as the government's own plans.

Ant's Alipay platform processed 118 trillion yuan in payments, or about $17.6 trillion, in the year through June. That is 14 times the amount of cash in circulation in China, though the two figures cannot be compared directly. This popularity makes the service a potential threat to Beijing's implementation of a digital yuan.

Ant earns a significant chunk of revenue from services to banks, such as providing credit ratings and connecting lenders to borrowers. One bank said it pays 15% of interest income from such loans as a commission to Ant, and the rate is reportedly higher in some cases. Regulators worry that the fintech company could upend the existing order in the industry.

Beijing has shown varying degrees of enthusiasm toward private-sector enterprises -- even major players that have helped drive its rapid economic growth.

The government has ramped up scrutiny of such services as video-sharing platform TikTok, operated by Bytedance, whose founder was forced in 2018 to issue a public apology about a different app. Tencent Holdings' game business, a major source of income for the Alibaba rival, has been hit by unexpected regulations.

On the other hand, China has shown clear support for private companies in other industries such as semiconductors and autos, and particularly for Huawei Technologies, the country's largest maker of telecommunications equipment.

Ma, a member of the ruling Communist Party, has taken pains to keep the party and Beijing at arm's length. But he may have misjudged his distance from a government that is tightening the screws on many private companies.

Jefferies strategist Sean Darby says the company looks unlikely to list within the next six months, given the regulatory hurdles it faces.

Others are more optimistic. An IPO is still possible if Ant "revises its prospectus and provides as much of an explanation as possible to authorities," an analyst at a local Shanghai brokerage said.

But the halt "threw a bucket of cold water on investors' expectations," said Alvin Cheung of Prudential Brokerage in Hong Kong. "Even if Ant manages to list, its valuation will probably not be as high as it would have been before."