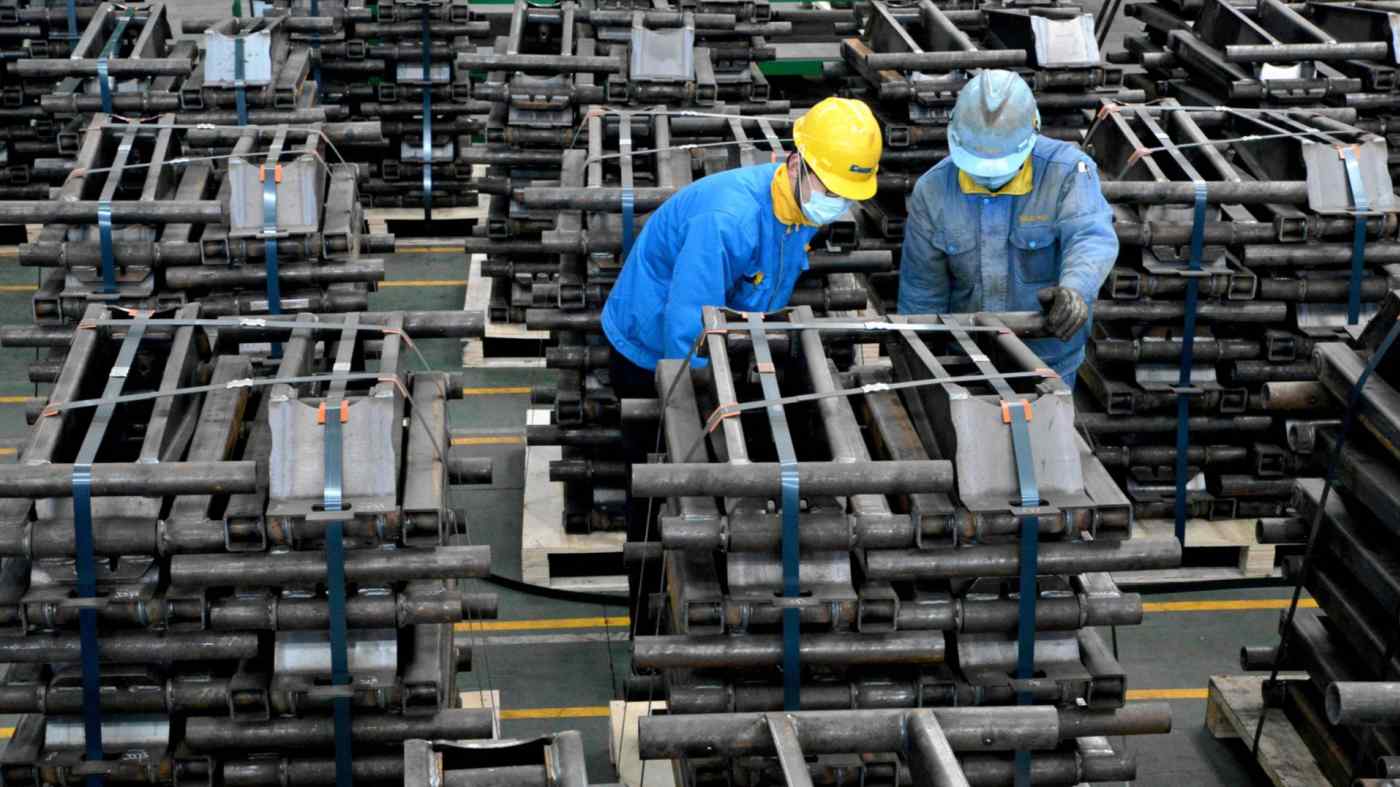 HONG KONG -- China's four largest state-run banks have ramped up lending to small and midsize enterprises whose earnings have deteriorated due to the coronavirus pandemic.

ICBC has provided 150 billion yuan ($21.1 billion) since late January by lending and buying corporate bonds, according to President Gu Shu. He added that repayment deadlines have been extended for roughly 18,000 borrowers, of which about 17,000 are small and midsize enterprises.

Such moves follow guidance from the China Banking and Insurance Regulatory Commission. But small-business loans can easily turn into bad debt if borrowers' earnings do not improve.

The risk that China's financial system poses for the global economy has grown substantially since the 2008 financial crisis. The nation's four big banks have sharply boosted lending by leveraging their strong finances, with total assets surpassing 100 trillion yuan as of the end of last year. ICBC's total assets more than doubled in the past decade, while the sharpest gain among U.S. banks was JPMorgan Chase's roughly 30% increase.

ICBC's Gu noted that there will be large pressure on the quality of the bank's assets this fiscal year. Liu Jiandong, chief risk officer at Bank of China, said that the consumer and service sectors, including restaurants, retailers and transport companies, will be impacted directly by the coronavirus, and that arrears and bad loans will likely increase in the first half.

The four banks posted profit gains of 4% to 5% for 2019 thanks in part to an increase in fee revenue. Despite their solid performance, however, a long-term economic slump would threaten to add to piles of nonperforming loans at Chinese banks.

Combined bad loans at the big four as of the end of 2019 grew 3.2% from a year earlier to 818.1 billion yuan, compared with a 9.9% rise in lending. The bad-loan ratio averaged 1.41% and the percentage of loans requiring caution came to 2.53%, with both figures down for the third straight year.

The balance of bad loans at all Chinese commercial banks, including regional lenders, rose 19% to 2.41 trillion yuan as of the end of 2019. Regional banks have been facing difficulties since before the coronavirus outbreak, as can be seen in Baoshang Bank's de facto failure last May.

"We may see a chain reaction of failures among weaker small and midsize financial institutions," warned Shinichi Seki at the Japan Research Institute.

Moody's Investors Service recently downgraded its view on the credit ratings of six regional banks, including Bank of Nanjing and Bank of Ningbo, to negative from stable because of their lending to small and midsize enterprises as well as sectors impacted by COVID-19. S&P Global Ratings said in a February report that the percentage of bad loans, including those marked as potentially problematic, could double.