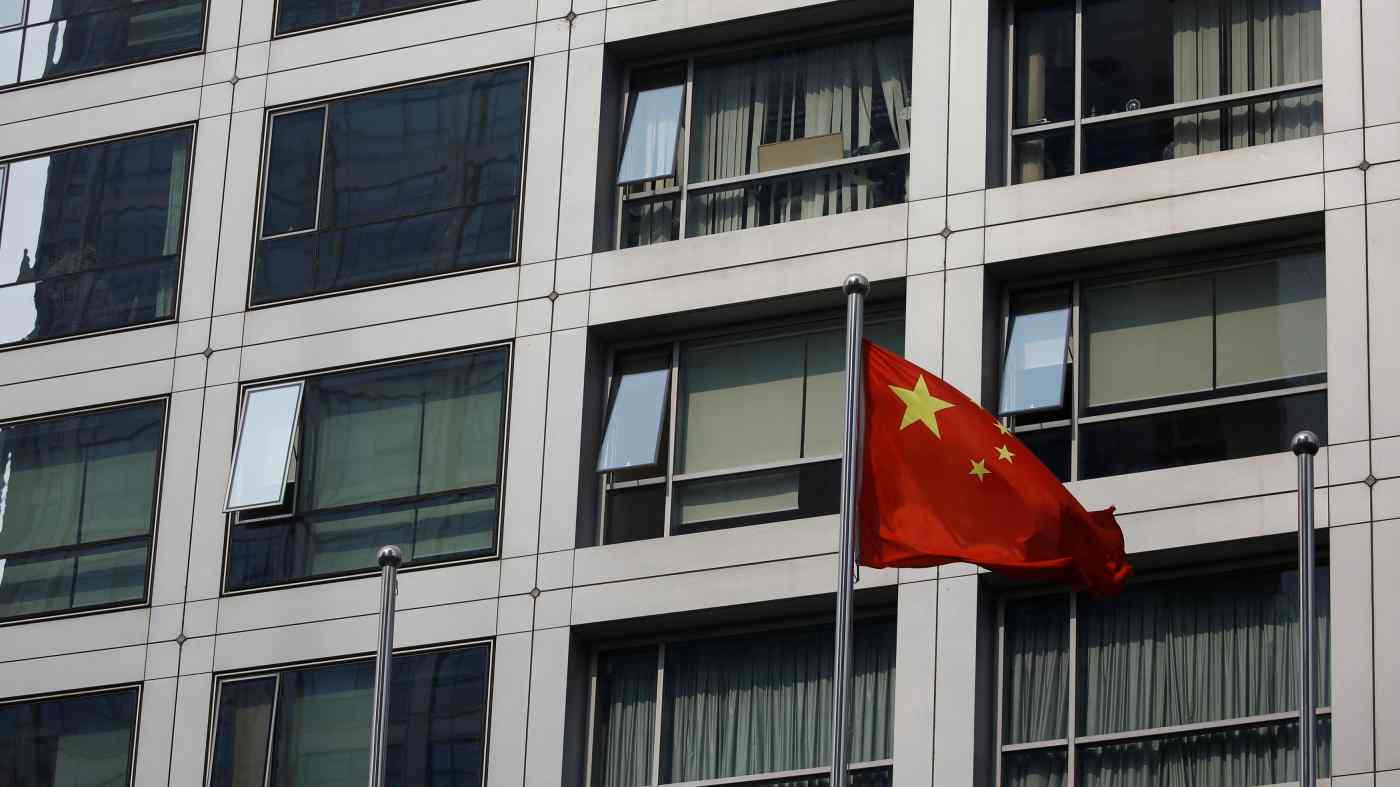 SHANGHAI/BEIJING (Reuters) -- Chinese regulators on Friday seized control of a group of financial institutions with connections to the same holding company, in a crackdown by authorities seeking to stem systemic financial risks in a slowing economy.

Most of the small and mid-sized firms taken over have ownership links to Tomorrow Holdings Co Ltd, which has been targeted in a government crackdown on systemic risks posed by financial conglomerates, according to records shown on the national business registration system.

A source familiar with the matter said all nine are linked to Tomorrow. Calls to the group went unanswered.

The takeovers are effective for one year, regulators said.

The announcements by China's securities watchdog and its banking and insurance regulator came a day after China's state assets regulator vowed to tighten scrutiny on high-risk areas such as finance and real estate in a bid to forestall systemic challenges.

In a previous takeover case involving Tomorrow, the central bank said the systemic risk posed by the group involved excessive borrowing and misuse of funds from the financial firms it owned.

Tomorrow's chairman Xiao Jianhua was investigated more than three years ago amid the state-led conglomerate crackdown, and has not been seen since 2017.

The regulator took over Baoshang Bank in 2019, a lender once controlled by Tomorrow, citing severe credit risks. The lender, which had operated nationwide, was revamped into a much smaller lender back in its home region Inner Mongolia.

The market impact of the regulators' move might be limited, said Wang Yifeng, analyst at Everbright Securities, since investors may regard it as part of a continuing cleanup process linked to the Baosheng Bank affair.

The China Securities Regulatory Commission (CSRC) on Friday said it seized control of New Times Securities, Guosheng Securities and Guosheng Futures. It said the firms had concealed shareholder information, among other rule violations, and that the move will prevent "risk spillover".

Total assets of the nine firms were more than 1.2 trillion yuan ($171.48 billion) by the end of 2019, according to a calculation by Caixin, a Chinese financial media outlet, with Huaxia Life Insurance owning the largest asset pile of 587.3 billion yuan.

During the takeover, operations of the institutions will remain normal, regulators said.