China steps up consolidation of smaller banks caught in slowdown 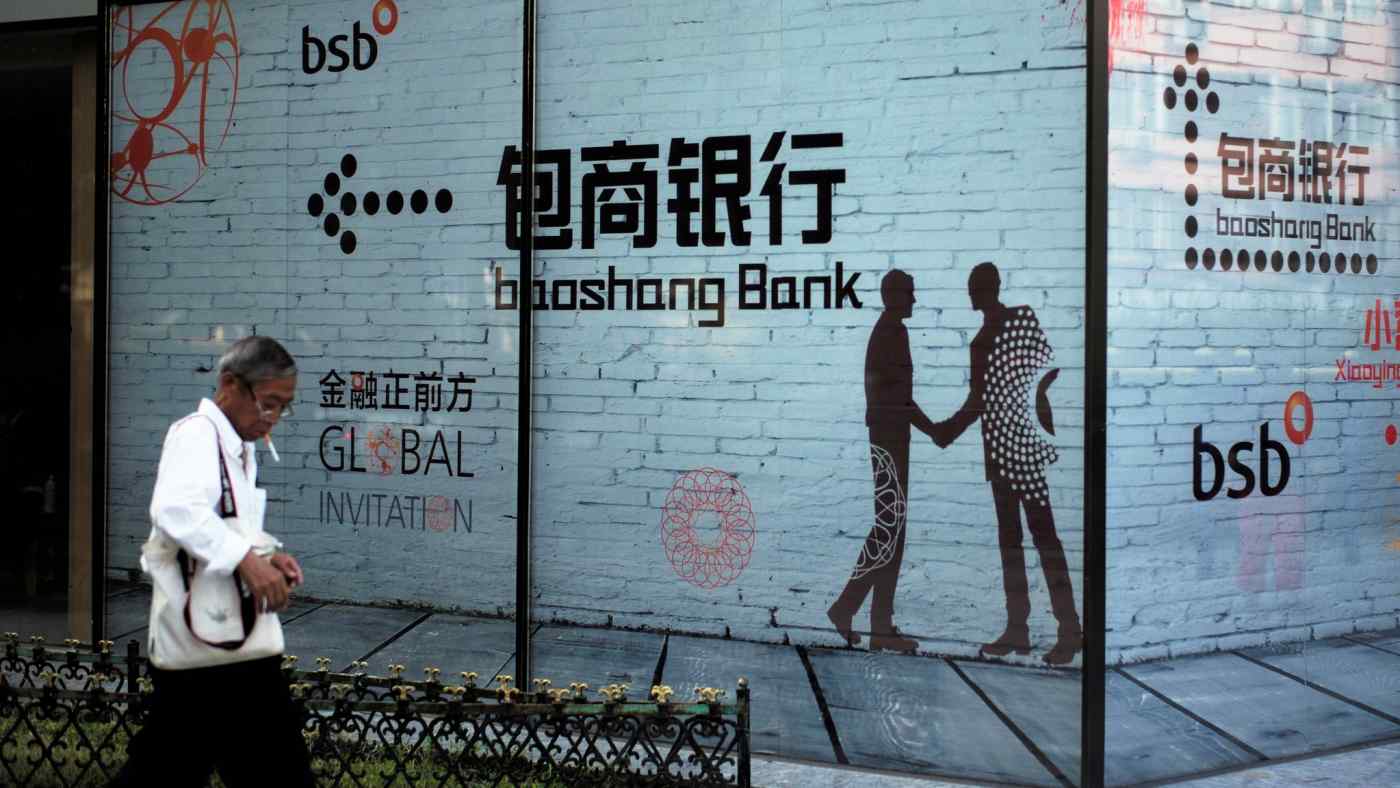 BEIJING -- China will press for mergers and acquisitions among smaller lenders put at risk by the economic fallout from the coronavirus pandemic.

"It's clear that the coronavirus is dealing a blow to small and midsize banks," Cao Yu, vice chairman of the China Banking Regulatory Commission, said at a news conference Wednesday.

"This year, effort will be put into reform and consolidation," Cao added, saying the regulator already had a proposal in the works and was eager for market involvement.

The push comes as China's economic slowdown, deepened by the coronavirus crisis, threatens the country's more than 4,000 small and midsize lenders. Their combined assets of 77 trillion yuan ($10.9 trillion) create a financial-system-wide risk for the world's second-largest economy.

Signs of unease have already appeared. In early April, worried depositors rushed to withdraw cash from Bank of Gansu, which operates mainly in the northwestern province of the same name, after its share price plunged.

China's move to take over Baoshang Bank, a local lender based in Inner Mongolia, last May drew attention to the viability of smaller lenders amid what is shaping up as a deep slump. When Baoshang Bank was in effect nationalized, Gansu was among a list of at-risk lenders circulated among bankers.

A string of state-led rescues followed. Bank of Jinzhou in Liaoning Province and Hengfeng Bank in Shandong Province were fortified with cash injections from major banks and government-affiliated funds.

With small businesses and farmers as their main clients, such banks face a greater risk of loans turning sour as economic activity slows to a crawl. Adding to the risk, private enterprises have in some cases amassed major stakes in smaller banks without regulatory approval, using them as de facto financing machines.

An investigation by the regulator last year found more than 3,000 cases of irregularities related to such business transactions involving their leading shareholders.

China's real gross domestic product shrank 6.8% on the year during the January-March quarter of 2020, the first quarterly contraction on record. The International Monetary Fund predicts Chinese economic growth will plunge to 1.2% for all of 2020.

A liquidity stress test by the People's Bank of China in November to assess the financial resiliency of 1,171 mostly small and midsize lenders showed that 159 -- or 13% -- would run out of liquidity if economic growth falls below 4.15%.

In the case of Baoshang Bank's bailout, individuals' savings were protected in full, but large corporate deposits were not, forcing reductions. Smaller banks raise funds by selling large deposits, but when their safety is in doubt, the market for such assets may dry up.

The PBOC in March and April slashed smaller banks' reserve requirement ratios, the percentage of deposits that commercial lenders are required to hold at the central bank, in an effort to boost their cash on hand. PBOC Deputy Gov. Liu Guoqiang told reporters this month that the central bank is closely monitoring the situation with small lenders.

Most of China's cash-strapped banks are in areas north of the Yangtze River, with those in the northeast and northwest particularly weakened by a long-term decline in local economies.

An increase in lending to small businesses, the pillar of national stimulus measures against the pandemic, is likely to put more pressure on local banks. Monetary authorities urged banks to increase lending by introducing an assessment system in which banks that increase lending will be highly valued.

As of the end of March, banks' outstanding loans stood at 12.4 trillion yuan, up 24% over the past year, PBOC data shows.