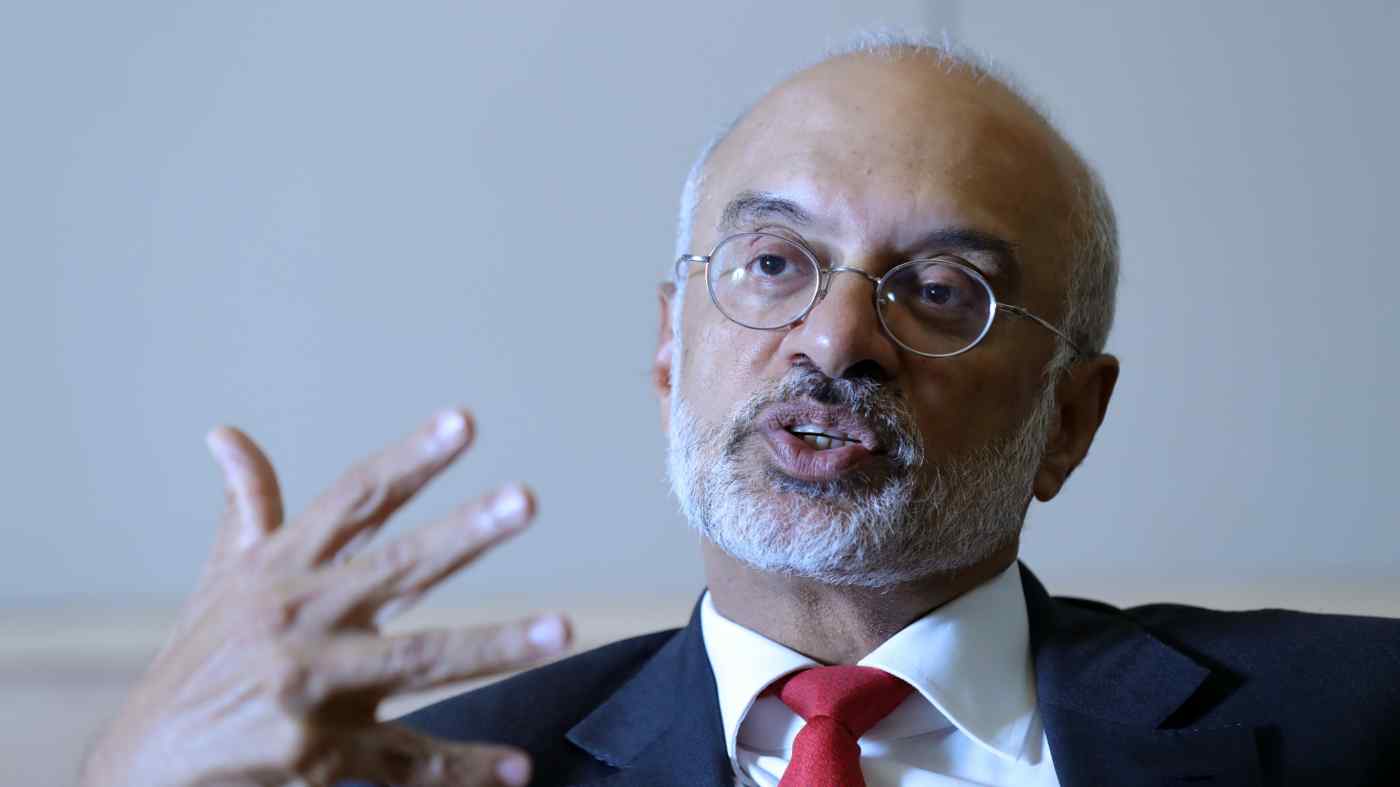 SINGAPORE -- DBS Group Holdings is open to investing in digital economy startups and forging partnerships to gain access to new customers, according to the chief executive of Southeast Asia's largest bank.

Speaking in an interview with the Nikkei Asian Review, Piyush Gupta said that in the future "banks [will] have to work for partnership models" rather than hew to "the pipeline business" in which banks funnel loans to clients. Gupta is particularly interested in "distribution partnerships" that can help DBS spread its products and services and acquire more customers..

Last November, DBS entered into what it calls "a regional strategic partnership" with Go-Jek, the Indonesian provider of a popular ride-hailing app that is expanding into the rest of Southeast Asia.

When asked about the possibility of DBS financially investing in Go-Jek, which already counts Google and Tencent Holdings as key investors, Gupta said the bank has not reached a decision.

Go-Jek and other partners already allow DBS to "reach a big customer population that is much harder for me to get otherwise," Gupta said.

Last year DBS made a small investment in Singapore-based online marketplace Carousell because of the startup's large customer base. DBS also expects Carousell to offer synergy in digital payments.

"We are open to looking at financial investments in some of our partnerships where we think it is relevant, where we want to be able to get a seat at the table," he said.

Pursuing partnerships is part of DBS's digital push, in which the bank aims to embed itself more in customers' lives while reducing transaction and processing times.

Yet, Singaporean banks are at the mercy of macroeconomic trends, which are growing more uncertain due to escalating U.S.-China trade tensions as well as China's slowing growth. As these factors affect business sentiment in Southeast Asia, they are damaging loan and investment activities.

Gupta, who spoke to the Nikkei Asian Review on Jan. 17, said one of the biggest risks during the next five years is the potential bifurcation of global trade by the world's two largest economies. "Tomorrow," Gupta said, "if Asian countries have to choose sides between whether we go with China, whether we go with the U.S., that becomes a lot more tricky because China is a dominant country in the region. It's a big market and it's hard to ignore."

Regarding the outlook of Asia's banking industry, Gupta said he does not expect any mega acquisitions to take place in the region because "very few banks have both either the capacity or the appetite to do large-scale acquisitions of any significance."