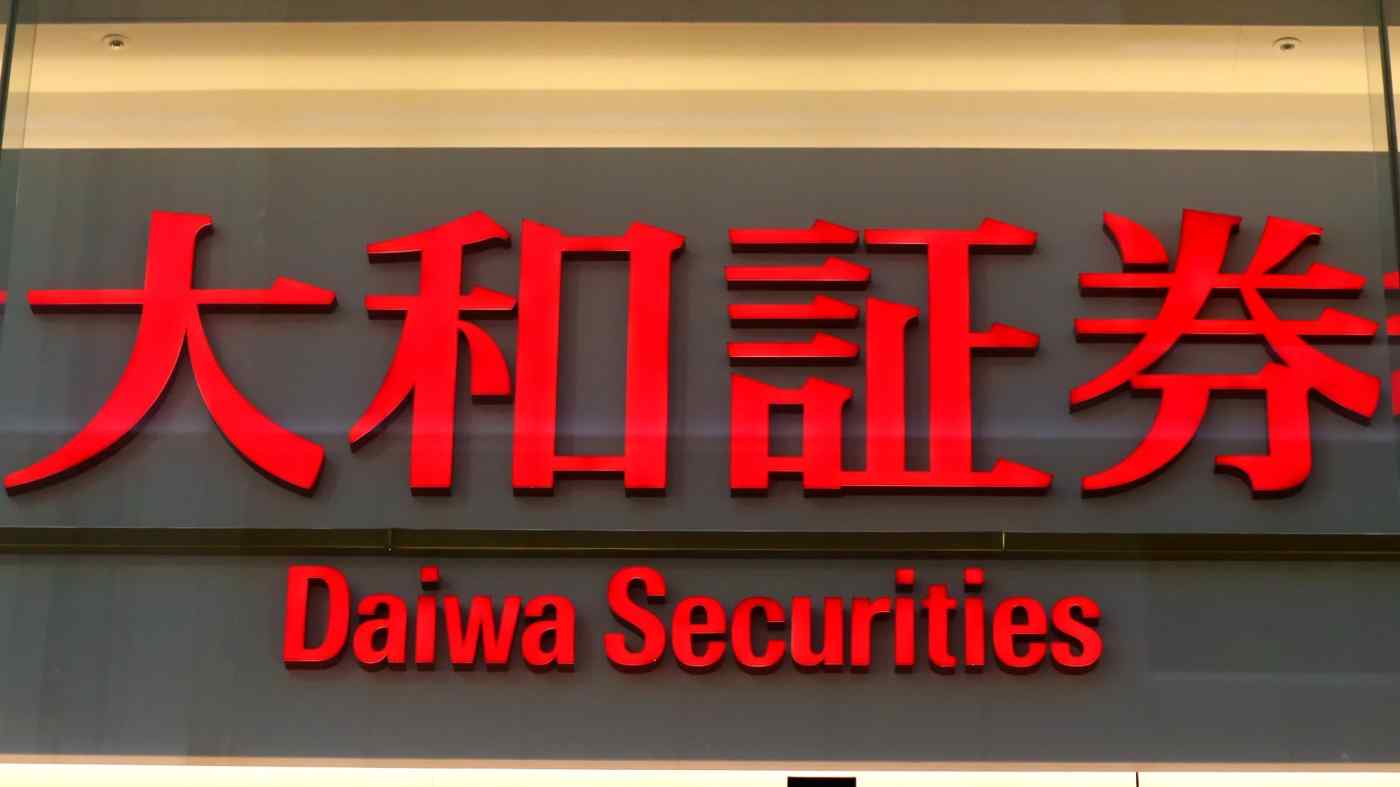 Daiwa Securities will beef up its business of investing in other companies.
TAIZO WADA, Nikkei staff writerJanuary 30, 2020 07:20 JST | Japan
CopyCopied

TOKYO -- Daiwa Securities Group is investing 14 billion yen ($128 million) into Osaka-based marketing company Katana, partnering to rehabilitate restaurants and other businesses across Japan that are struggling to find a new crop of leaders.

The move reflects a trend among Japanese brokerages, which are taking stakes in other companies to cultivate alternative income sources as their bread-and-butter stock transaction fees continue to shrink.

Katana was founded in 2017 by Tsuyoshi Morioka, who helped turn around Universal Studios Japan's operating company as its chief marketing officer. Daiwa will acquire new and existing shares in Katana, making the brokerage the leading shareholder but not a majority owner.

Katana will use about 10 billion yen from the investment to help small and midsize companies get back on their feet, focusing on regional recreational facilities, restaurants and hotels. It will use Daiwa's sales network to find target companies. The brokerage also will help with fundraising.

As its inaugural investment, Katana will pour 3 billion yen into a company developing an amusement park in Okinawa Prefecture. The marketer is working with other partners like railway company Kintetsu Group Holdings and Orion Breweries toward opening the park in 2024 or 2025.

Katana will seek money from financial institutions and pension funds for future projects on a case-by-case basis, and it looks to invest more than 100 billion yen over the next few years.

The company hopes to leverage its partnership with Daiwa to conduct an initial public offering in five to seven years. Daiwa is considering recouping its investment through the stock market after Katana's debut.

Japan's brokerages face a decline of more than 60% in transaction fee revenue since fiscal 1999, when stock commissions were completely liberalized. They earned 513 billion yen from fees in fiscal 2018.

Other brokerages are adopting this stakeholder strategy. Nomura Holdings plans to invest a total of 100 billion yen through a unit launched in 2018. The company made its third investment this month in CookDeli, which sells food products to nursing care facilities.

SBI Holdings, which is bolstering ties with regional banks, has formed a 10 billion yen fund to invest in smaller businesses facing difficulty finding new leadership, allowing them to continue operating and working with the banks.

Monex Group will launch a fund in June to help listed companies boost their market capitalization through dialogue with their leaders.

Many smaller Japanese companies are struggling to find their next generation of leaders. The number of mergers and acquisitions tied to succession issues in Japan increased 13% in 2019 to 616, according to M&A adviser Recof.

Leading brokerages have branches across Japan and are often privy to problems at local companies. They can use that knowledge to provide financial and operational assistance.