The global economy seems to be entering a multispeed recovery. The positive cyclical momentum in countries like the U.S. and U.K. contrasts with the gloomy outlook for the eurozone and Japan. To make matters worse, deflation looms for the latter two.

The contrasts confronting the big open economies are showing up in central bank policies. The U.S. Federal Reserve has been normalizing its monetary policy, after a long period of quantitative easing, while the Bank of Japan, and now the European Central Bank, are moving in the opposite direction.

In particular, the ECB's decision to implement a fully fledged asset purchase program has stretched policy divergence more than expected. In particular, the ECB has announced that, at least through September 2016, it will inject up to 60 billion euros ($68 billion) a month into the eurozone economy by buying financial instruments.

This is smaller than the Fed's quantitative easing programs in 2008 and 2012 as well as those of the BOJ. But the ECB move is remarkable because it is larger than expected and, most importantly, it includes the purchase of sovereign bonds from eurozone states. This option had long been thought off limits, based on orthodox interpretations of the European Union treaty. Germany, Europe's biggest economy, still strongly opposes it.

The diverging monetary policies will bring about huge fluctuations in capital flows and asset prices across the globe. However, disentangling the end effects will not be easy. One key issue is that despite the drama in Frankfurt, the reserve currency role of the U.S. dollar makes the Fed much more relevant to the global economy than any other central bank. The ECB would need to spend three times as much as the Fed to achieve similar effects on global portfolio flows and asset prices. Notwithstanding the boldness of ECB President Mario Draghi, we remain far from such a scenario.

As a result, we do not expect the ECB's action to have a major direct impact on emerging Asia. Quantitative easing by the BOJ has also had little impact, relative to Fed policy. In other words, the asset purchasing programs of the ECB and BOJ will not counterbalance the impact of the Fed normalizing policy. Emerging Asia will thus still need to cope with capital outflows as U.S. assets become more attractive. According to our estimates, emerging Asia will experience net capital outflows equivalent to approximately 2% of gross domestic product during the next couple of years.

Capital outflows will be only one problem. A more interesting -- but indirect -- impact of the ECB's announced move is that it will put more downward pressure on Asian currencies. Europe is one of Asia's most important trading partners, so a depreciating euro will hurt Asian economies. At the same time, low interest rates in the eurozone and rising rates in the U.S. will attract capital to U.S. assets, further strengthening the dollar and weakening the euro.

It was fear of this problem that recently prompted the Swiss National Bank to pre-empt the ECB and unpeg the Swiss franc from the euro. Asian central banks already fear for their currencies because of the capital outflow from the region. A weakening euro adds to their concern and they will probably hike interest rates to support their currencies. The room for rate hikes, however, is limited since Asian economies are not growing at their potential and are cowering in the shadow of China's slowdown.

Overall, although the ECB's quantitative easing could at first appear irrelevant to Asia, its indirect effects on exchange and interest rates could be quite significant.

Asian corporations, which have issued a large amount of dollar-denominated bonds in the past few years, need to be careful so as not to be caught off guard by a potentially large depreciation of Asian currencies against the U.S. dollar, which would make dollar interest payments more expensive. This is particularly important given that foreign capital will be much harder to find in the region as it chases U.S. assets. 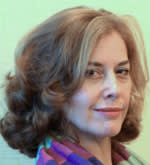