SINGAPORE -- The Asian arm of U.K.-based Aberdeen Asset Management is focusing on banking, property and consumer-related sectors in the Association of Southeast Asian Nations to capitalize on the region's expanding middle class. The company believes the planned ASEAN Economic Community will breathe new life into intraregional trade. 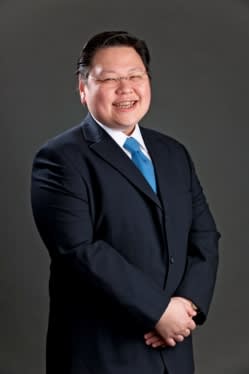 Chou Chong, investment director of Aberdeen's Asian arm, said his investment strategy is based on a rising middle class scenario. "The first experience with a population getting more wealth is that they would like to buy a house, cars or motorbikes, and the financing will come from the banks," he said. "Banks are indirectly the beneficiary, so the local banks in this region benefit from that initial growth." He mentioned Singaporean names, including United Overseas Bank and Oversea-Chinese Banking Corp. Both have subsidiaries in Indonesia, where demand for banking services is expected to increase as the middle class swells. Malaysia's Public Bank is also in his portfolio, because it runs a "straight-forward kind of business to play on the country's growth."

Chou also discussed specific markets. "Thailand is a very resilient economy, despite all the government changes," he said, noting that companies such as Siam Cement could benefit from increased appetite for property leading to greater demand for building materials. In a similar vein, companies such as Philippine property developer Ayala Land are also in his radar.

However, Aberdeen's investment in the region is weighted more toward mature markets in the region, due to lack of availability and overvaluation in emerging markets. He estimates that more than 50% of its ASEAN exposure is in Singapore. The company has also included Indonesia's largest auto manufacturer and seller, Astra International, in its portfolio. "We actually own Astra via the mother company, which is Jardine Strategic," he said. It is listed in Singapore and is part of Jardine Matheson Group. Chou added that he makes "investments indirectly to get exposure." These include some non-ASEAN names with strong standing in Indonesia, such as Japan's Mandom, Europe's Heineken and shoe chain Bata.

With regards to the AEC, Chou said he believes that Southeast Asia needs to diversify their growth drivers in order to create more growth. "One of the most important things about having a regional economic association is to enhance consumer sentiment in this region. AEC is not about how to do more business with Japan [or] China, but how to make sure there is more business within ASEAN," he said.