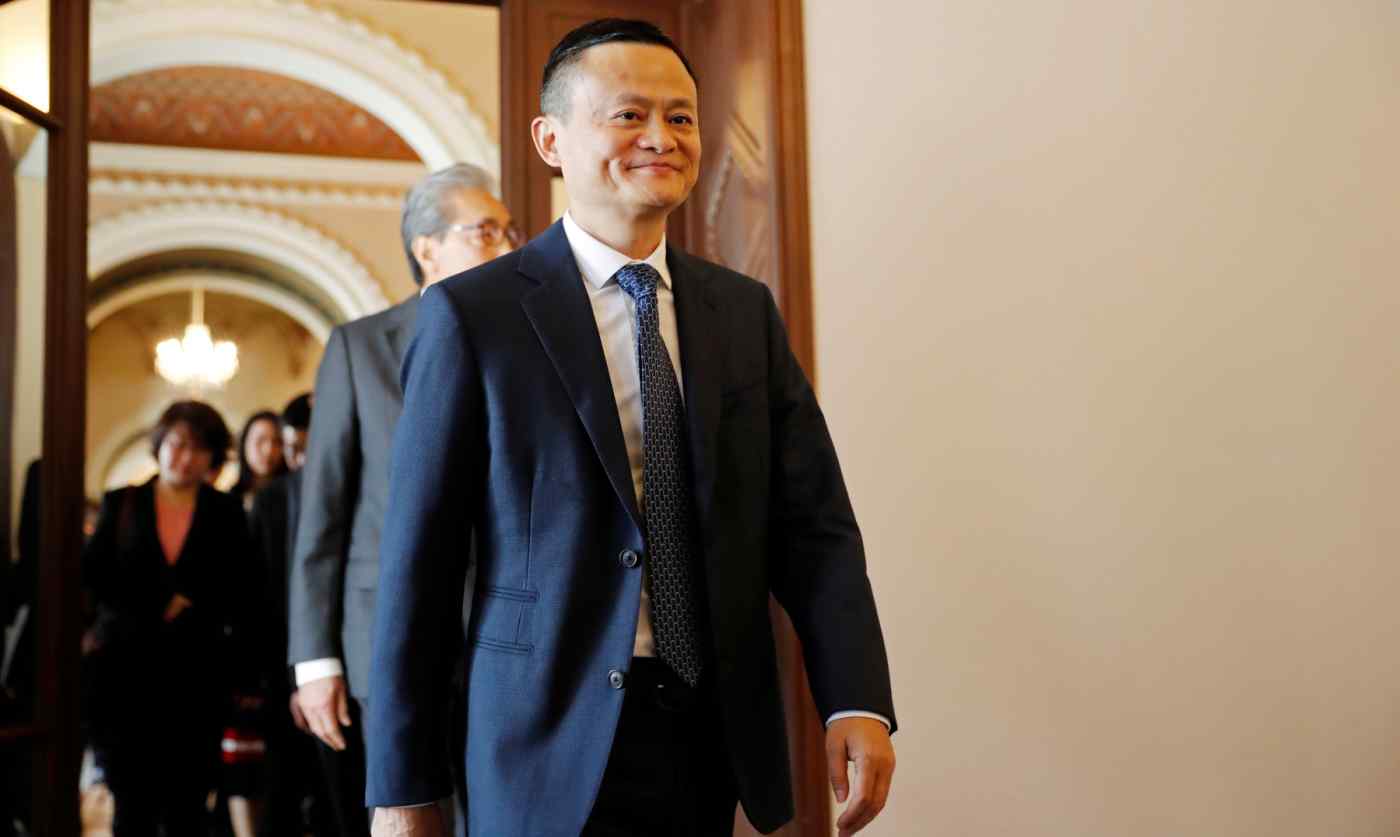 HONG KONG -- The pending stock sale by China's Ant Group is shaping up to be one of the largest initial public offerings ever, though the company is expected to put only a stake of 10% to 15% on the market.

Far more shares are poised to change hands. Jack Ma, founder of Alibaba Group Holding, now controls half of Ant's stock but plans to winnow his stake down to 8.8% or lower, according to a disclosure included in Alibaba's annual report filing last month in the U.S.

Potential investors have been largely left to guess how and when Ma will dispose of his shares and whether this could flood the market with new supply, diluting the value of stock bought in the IPO.

"This is the IPO that many investors have been waiting for," said a Hong Kong banker who works on stock offerings. "We can already see it being a successful listing. However, if there is one blemish, it is the timing of (Ma's) stake reduction and some clients are already querying me on it."

Ant, the operator of mobile wallet Alipay, is valued at more than $200 billion, according to a person familiar with its financing situation.

Accounts on Ant's IPO target have ranged between $20 billion and $30 billion, bringing the company within range of the record $29.4 billion raised by state-owned oil company Saudi Aramco in its 2019 year-end offering. Alibaba management is expected to field questions about the IPO and to give an update on Ant's finances at a quarterly briefing later on Thursday.

According to Alibaba's 20-F annual report filing, Ma's interests in Ant are held via two limited liability partnerships which he controls through 100% ownership of their general partners. Simon Xie, a co-founder of Alibaba, is a limited partner in one of the entities while unnamed current employees of Alibaba, Ant and companies that Ant has invested in also hold interests in the two partnerships.

Near the end of the 240-page filing is the note that Ma's stake "will be reduced over time" to a level not higher than the 8.8% shareholding he held in Alibaba at the time of its 2014 IPO.

"Neither Jack nor any of his affiliates would receive any economic benefit" from the divestment, the note says, while adding that it "is expected to be accomplished through a combination of future equity-based incentive awards to employees and dilutive issuances of equity in Ant Group, among other" methods.

Ant's pending IPO in Hong Kong and Shanghai is expected to reduce Ma's effective stake to between 42% and 45% simply through enlarging Ant's share base.

The two cited methods of further reducing Ma's interests would have contrasting implications for those buying shares in Ant's IPO.

Close observers of employee stock plans say it is rare for a major shareholder to use his or her own shares to award staff.

But doing so means "there is no need to issue new shares, which would dilute the shareholding of current shareholders," said Na Boon Chong, who advises Southeast Asian companies on compensation plans as managing director and partner for human capital solutions at Aon.

Alibaba's 20-F noted that one of Ma's partnerships has been granting "share-based awards linked to the valuation of Ant Group" to Alibaba staff since 2014.

Reliance on future issuances of more Ant stock to water down Ma's shareholding, however, would also mean diluting other shareholders.

"The future issuances of new equity needed to help reduce Ma's stake to 8.8% will likely be extremely dilutive and should be watched closely by independent shareholders," said Jamie Allen, secretary-general of the Asian Corporate Governance Association, a Hong Kong-based group that promotes investor interests.

Some expect Ma to take a gradual approach which would help to reduce the impact on other investors.

"One would expect the (stake) reduction to happen over many years," said Ke Yan, lead analyst at DZT Research in Singapore. "When (shares) are transferred to employees, it will take some time before they can sell too."

An Ant spokesman declined to comment on Ma's divestment plans. "There should be more details available once our prospectus is out," he said.

The apparent reason for Ma's forbearance on seeking any profit from reducing his Ant stake goes back to the company's controversial 2011 spinoff from Alibaba when he was the e-commerce company's chairman and chief executive. (He is expected to complete his departure from Alibaba's board at its upcoming general meeting.)

To the consternation of backers SoftBank Group and Yahoo, Ma carved Ant out of Alibaba citing worries that foreign ownership could jeopardize Alipay's operating license under regulations then pending. Alibaba was assigned a continuing share of Ant's profits as compensation. This arrangement was overhauled last year when Alibaba resumed part-ownership of Ant.

In the view of Paul Schulte, founder of financial technology-focused research company Schulte Research in Singapore, Ma's targeting of an 8.8% interest in Ant is intended to signal he will not favor the company over Alibaba.

Ma's interest in Alibaba had fallen to 4.8% as of July 2, according to that company's annual report, down from 6.2% in the previous year's filing.

Ma announced in March 2019 that he would sell an eighth of his Alibaba stake to fund philanthropic giving. Ma took on a high-profile role amid the coronavirus pandemic, donating millions of masks, testing kits and other medical equipment and protective gear through his personal foundation to dozens of governments around the world scrambling for supplies, ranging from Laos to the U.S.