With inflation running high, 'it is appropriate to be moving a little more quickly' 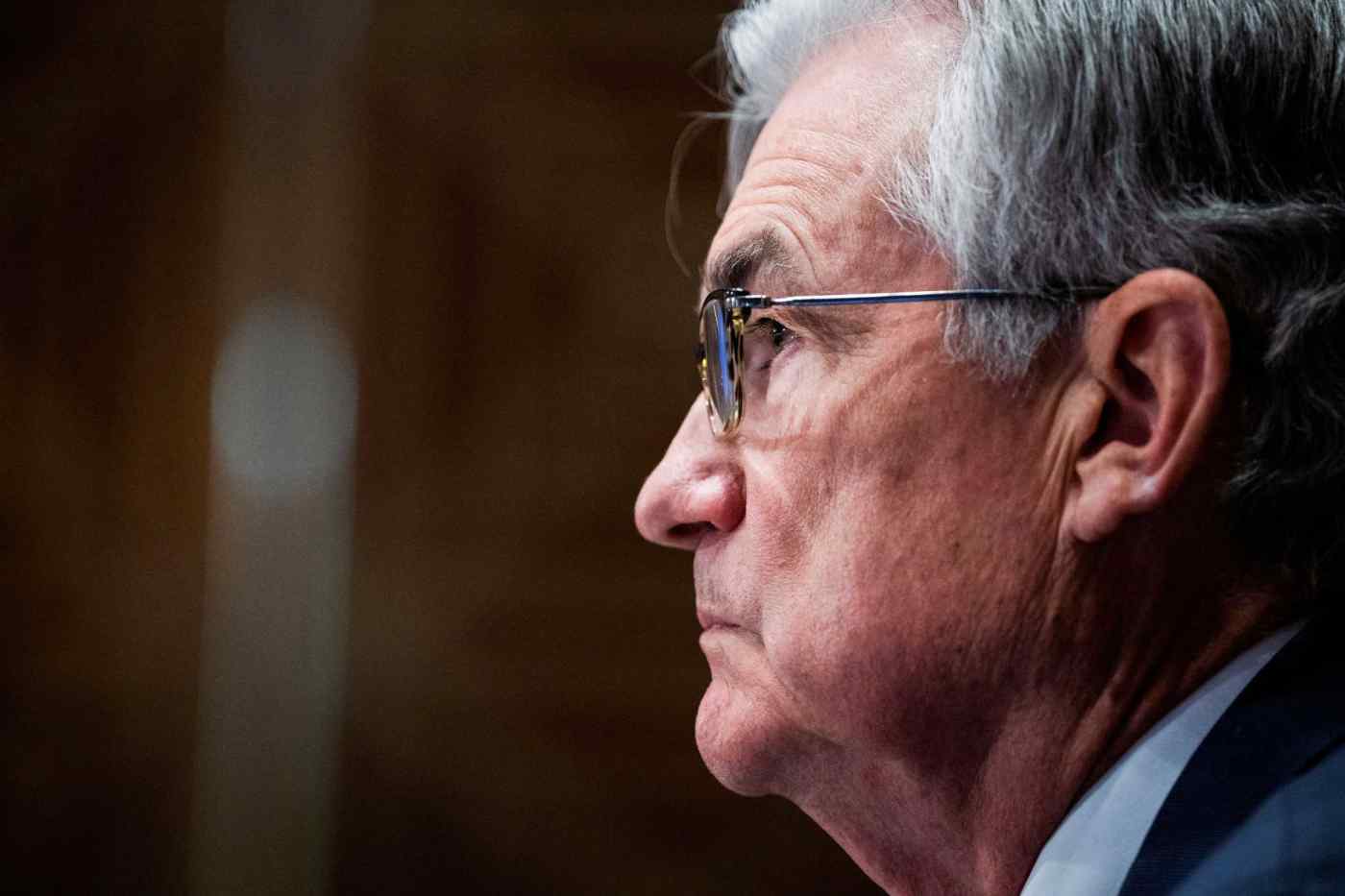 WASHINGTON (Reuters) -- A half-point interest rate increase will be "on the table" when the Federal Reserve meets on May 3-4 to approve the next in what are expected to be a series of rate increases this year, Fed Chair Jerome Powell said Thursday in comments that pointed to an aggressive set of Fed actions ahead.

With inflation running roughly three times the Fed's 2% target, "it is appropriate to be moving a little more quickly," Powell said in a discussion of the global economy at the meetings of the International Monetary Fund. "Fifty basis points will be on the table for the May meeting."

In likely his last public remarks before the Fed's next meeting, Powell also said he felt investors currently anticipating a series of half-point hikes were "reacting appropriately, generally," to the Fed's emerging fight against rising prices.

His comments appeared to pin down an expected rate path much steeper than policymakers projected at their March meeting, when they at the median anticipated the target overnight federal funds rate would be increased to 1.9% by year's end.

Traders in contracts linked to the overnight federal funds rate currently expect the Fed to increase it to a range between 2.75% and 3% by then, a pace that would involve half-point hikes at three upcoming meetings and quarter-point increases at the year's three other sessions.

That would take the Fed's target rate beyond the "neutral level" and into territory that would begin to restrict economic activity, marking one of the faster turnarounds of U.S. monetary policy.

In addition the Fed is expected to begin reducing its asset holdings in a step that will further tighten credit conditions for businesses and households.

"We really are committed to using our tools to get inflation back," Powell said, acknowledging that the Fed's hope inflation would ease during the pandemic reopening has been misplaced so far - to the point where the Fed is no longer relying on help from improving global supply chains, for example.

Instead, Powell said, the Fed will now count on tighter monetary policy to curb demand for goods and services, and also to lead businesses to reduce the demand for workers, and the "unsustainably hot" wage increases that have resulted.

"We have had an expectation that inflation would peak around this time and come down over the course of the rest of the year and then further," Powell said. "These expectations have been disappointed in the past. We are wanting to see actual progress...We are not going to count on help from supply side healing. We are going to be raising rates and getting expeditiously to levels that are more neutral," and then higher if needed.

"Our goal is to use our tools to get demand and supply back in synch."