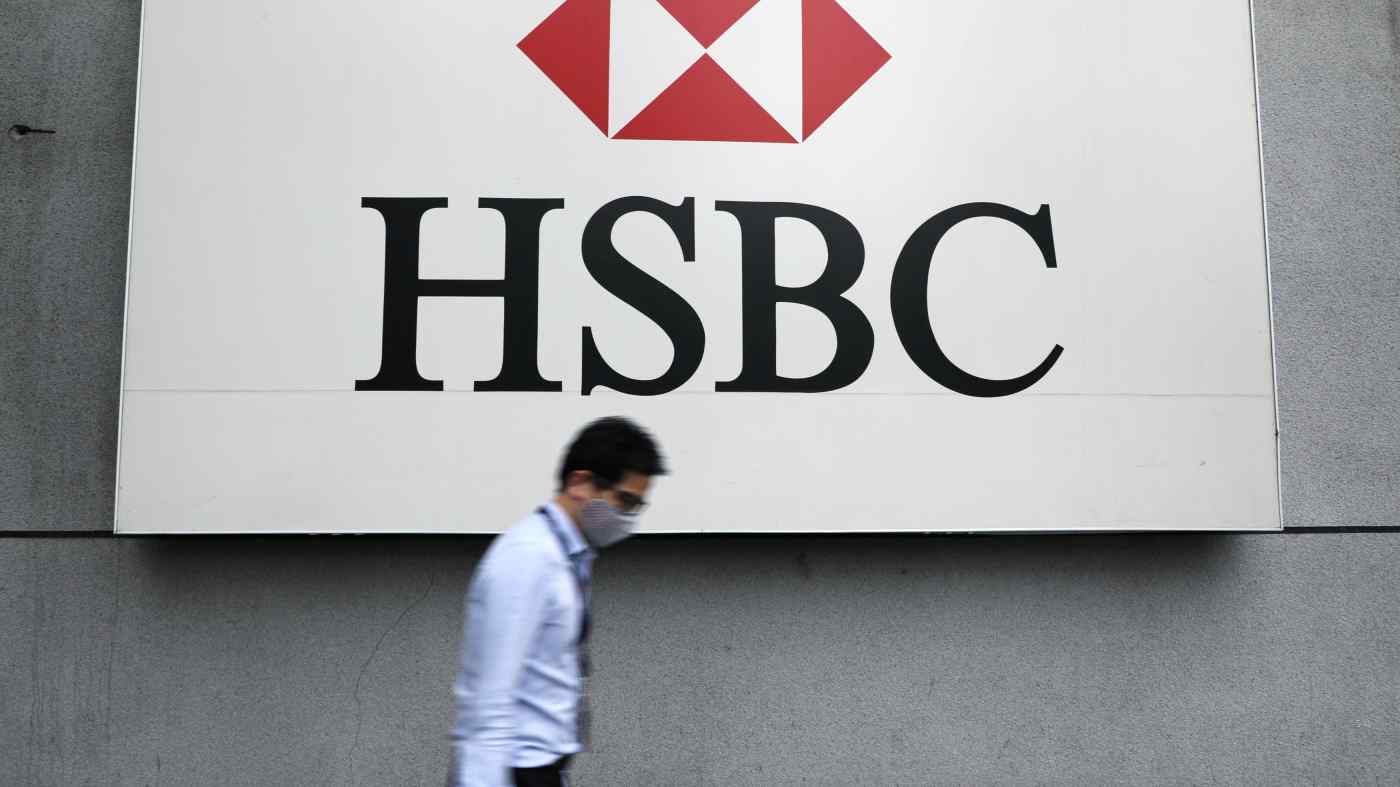 HONG KONG -- HSBC Holdings shares slumped to a 25-year low in Hong Kong on Monday after a weekend of negative press reports related to the London-based bank which was already under investors pressure due to its suspension of dividend payments and worries about souring loans.

HSBC closed down 5.3% in Hong Kong at HK$29.30, the shares' lowest level since 1995. The stock has lost half of its value this year and is the second-worst performer among the world's 10 largest banks, as measured by financial intelligence company The Banker using 2019 data for Tier 1 capital.

"In general, financials aren't favored globally, but HSBC has these extra problems to handle," said Hao Hong, head of research at BOCOM International in Hong Kong. "In Hong Kong, investors buy the shares for the dividend yield. With that missing, it gives them an extra impetus to sell."

China's state-run Global Times paper on Saturday said that HSBC was likely to figure in so called "unreliable entity" list being prepared by the government. The Ministry of Commerce the same day issued detailed guidelines on how it will manage the list, which aims to punish companies, organizations and individuals that damage national security or discriminate against Chinese entities, but did not identify any initial targets.

HSBC is counting heavily on China for growth. The bank, which already has one of the biggest mainland networks of any foreign institution, is cutting 35,000 jobs mostly from underperforming units in Europe and U.S. as part of a pivot to Asia.

Also over the weekend, the Washington-based International Consortium of Investigative Journalists identified HSBC and other global banks which it said had profited from doing business with "powerful and dangerous players" over the past two decades despite facing penalties.

The report, based on leaked documents obtained by BuzzFeed News and shared with the consortium, said that in some cases, the banks continued to move illicit funds even after receiving warnings from U.S. officials. HSBC reached a $1.92 billion settlement with the U.S. Department of Justice in 2012 over charges it had overlooked Mexican drug-money laundering, among other alleged misdeeds.

The London-headquartered bank was forced to suspend its dividend this year as the U.K. financial regulator ordered that country's biggest banks to cancel payouts and bolster capital to brace for the impact of the coronavirus pandemic. The move has not sat well with Hong Kong shareholders, who own a third of HSBC.

The bank, which gets more than 40% of its revenue and 60% of its profit from Hong Kong, has also been caught in the crosshairs of mounting U.S.-China tensions. 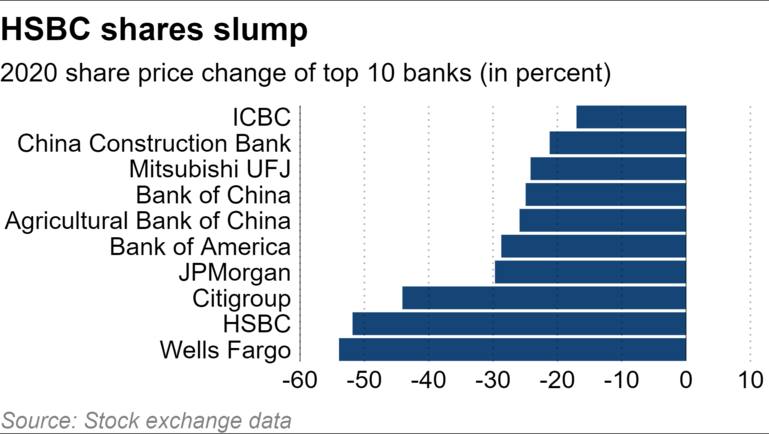 Chief Executive Noel Quinn, who assumed that position in March, has acknowledged the risks faced by the bank.

HSBC broke years of neutrality when it publicly backed Beijing's controversial national security law for Hong Kong in June, even before full details of the legislation were disclosed, earning the wrath of governments in the U.K., the U.S. and elsewhere.

That move still was not enough to placate Beijing, which has strongly criticized the bank for its alleged role in the arrest of Huawei Technologies Chief Financial Officer Meng Wanzhou in Canada in December 2018.

Chinese state media have repeatedly attacked HSBC despite the bank defending its conduct.

Huawei has alleged that HSBC bankers made false claims about the telecommunications company's dealings with Iran in order to avoid trouble with U.S. prosecutors for their own actions in the country. HSBC has said it only provided information to the U.S. Department of Justice when it was compelled to do so.

While dealing with geopolitical tensions, the bank's top executives have had to prepare for the impact on profits from lower interest rates and surging loan losses as the pandemic hurts the ability of business and retail clients to repay.

Among other major banks, Citigroup has lost 44%, JPMorgan is down 29% and the four largest Chinese lenders -- Industrial & Commercial Bank of China, China Construction Bank, Agricultural Bank of China and Bank of China -- have each dropped between 17% and 26%.