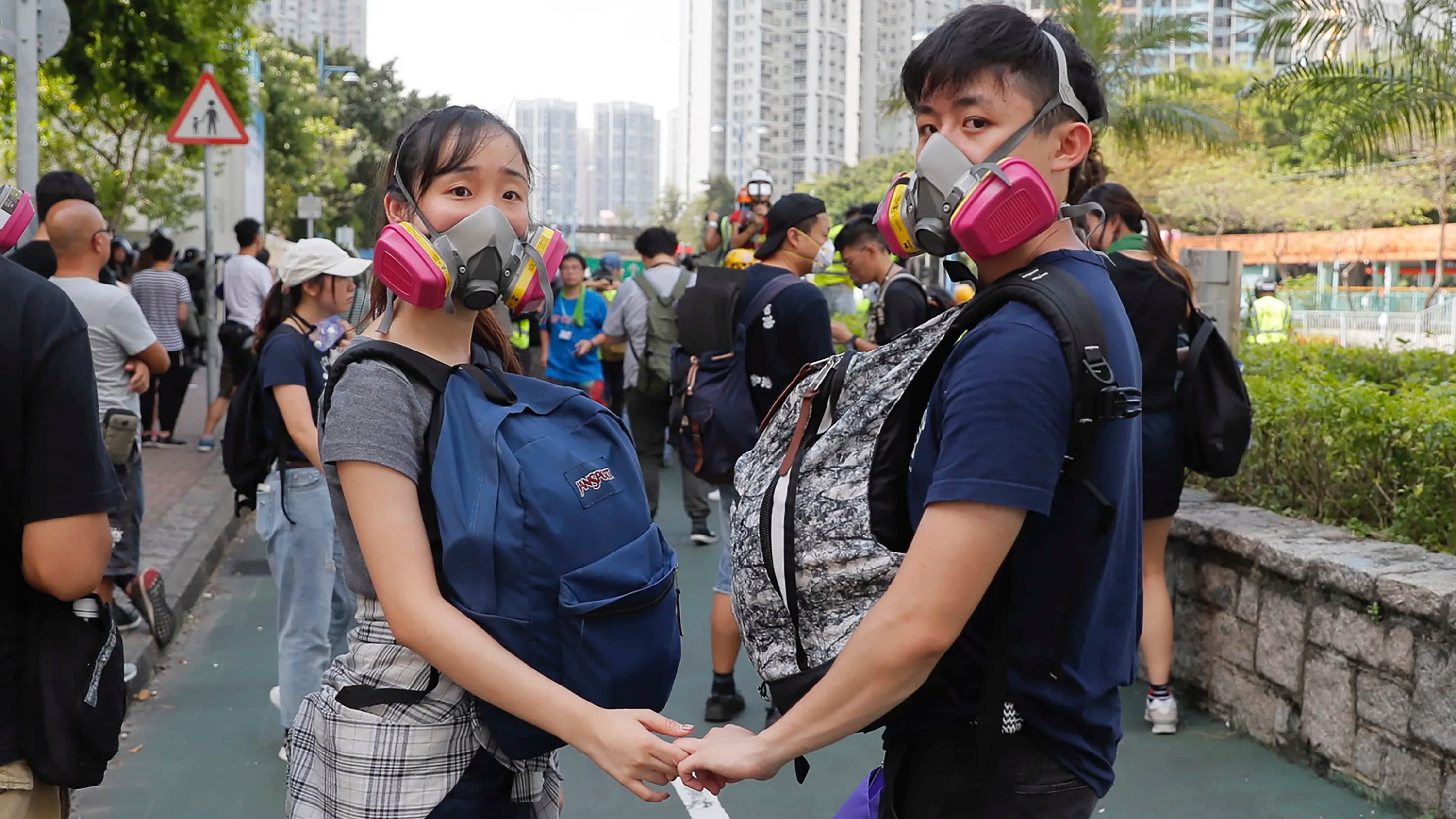 HSBC Holdings, which controls more than 30% of the Hong Kong banking market, and other big banks are battling for customers.

Politics in the territory are making it harder to do business at the moment. Hong Kong has been racked by street protests since early June, brought on by a contentious bill that would have allowed people in Hong Kong to be extradited to mainland China and stand trial there. The authorities have shelved the legislation, but the demonstrations have taken on a life of their own.

Financial industry employees were among those who took part in a rally last Thursday. A 24-year-old employee at an investment company said he was there to voice his opposition to the bill as a "Hong Kong citizen and financial expert." Bankers were on the streets again Monday, with demonstrations taking place in the financial district.

The political unrest is expected to weigh on the Hong Kong economy as tourists and shoppers stay away. The territory faces huge difficulties in the second half of the year, according to Louisa Cheang Wai Wan, vice chairman of Hang Seng Bank.

HSBC and three other big banks hold nearly 60% of Hong Kong's banking market, according to U.S. consultancy McKinsey. Although HSBC, in particular, has a strong position, it has been feeling the heat. CEO John Flint recently stepped down after just 18 months on the job, and the bank is planning deep cuts to its payroll. Industry watchers are focused on whether it can maintain its dominant share in Hong Kong.

The internet banks, which do not have to deal with the cost of operating physical branches, hope to attract deposits from individuals and small businesses. One banking analyst estimates virtual banks may capture around 30% of the market.

In response, HSBC and other conventional banks are cutting fees. HSBC previously charged 60 Hong Kong dollars ($7.65) a month for accounts with an average balance of less than HK$5,000. It dropped the fee last Thursday.