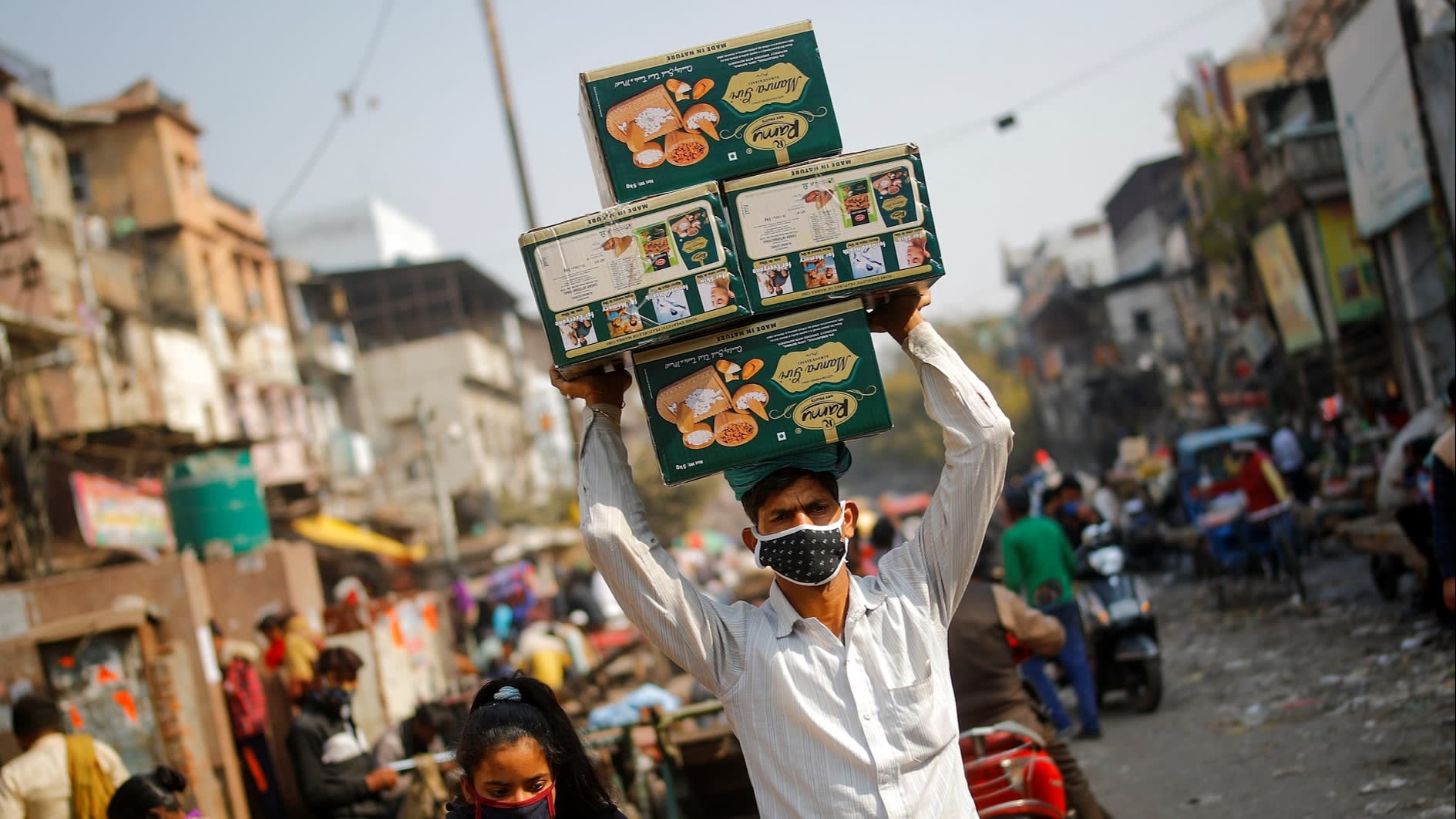 NEW DELHI -- Indian banks will see a spike in bad debt later this year as a key coronavirus relief measure expires, the central bank says, flagging a source of potential financial instability that could hamper lending to businesses and individuals.

Nonperforming debt will account for 13.5% of all outstanding bank loans in September, the Reserve Bank of India forecasts, up 6 percentage points from a year earlier.

The RBI granted a deferment on loan payments to businesses and individuals at the end of March 2020 as infections began to rise. Even if the payments are past due, the debts have not been considered nonperforming.

But because the provision expires at the end of the fiscal year in March, bad debt is expected to surge past that date.

Automotive and steel loans are poised to hurt the most, an Indian financial industry source said. The auto market logged sales of about 2.13 million vehicle in the nine months through December, the Society of Indian Automobile Manufacturers said. The volume retreated by about 20% to levels seen a decade ago.

This trend has undermined earnings at businesses tied to the auto industry, including the steelmakers that supply the raw materials. 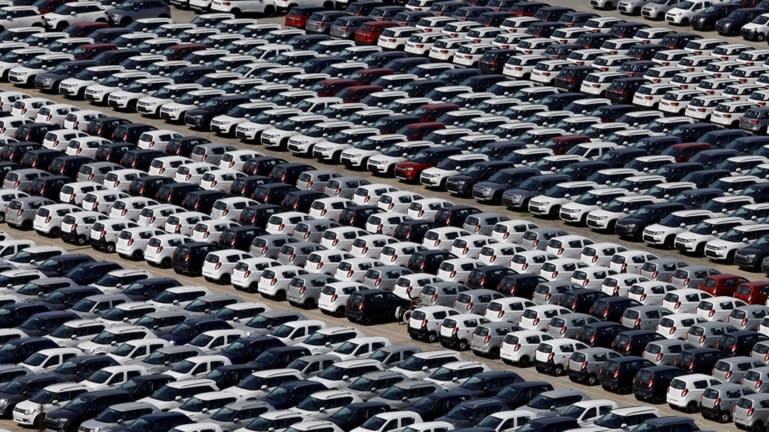 Cars are seen parked at Maruti Suzuki's plant at Manesar, in the northern state of Haryana, India.   © Reuters

In India's financial system, 12 state-owned banks control 60% of the assets. The RBI predicts the level of bad debt at these institutions will jump 6.5 points to 16.2% of all loans in September. Punjab National Bank, the biggest holder of bad debt among the state banks, already reported a nonperforming loan ratio of about 13% in December.

State-owned banks previously ran up bad debt by issuing loans to infrastructure projects with uncertain financial outlooks. Then in 2018, major nonbank lenders suffered a string of defaults, leaving the national banks holding the bag. The pandemic last year further worsened their business environment. As a result, many state banks are expected to see a bad debt ratio of at least 10% after the new fiscal year starts.

Private-sector banks will likely see a nonperforming debt ratio of 7.9% in September, the RBI estimates. Foreign banking multinationals will see the ratio at 5.4%.

Fierce competition remains in the banking sector is leading to risky sales practices, says a source working at a private bank.

The sales team has been pushed to land new credit card and home loan customers even during the pandemic, this source says. Customers are rarely subjected to proper credit checks, making it impossible to accurately gauge default risks, the source added.

India has approved a capital injection of 200 billion rupees ($2.75 billion) into banks for the next fiscal year's budget in anticipation of the bad debt surge. There are plans to privatize two state-owned banks that have yet to be specified.

India's economy contracted 23.9% in the April-June quarter, the worst among major countries. The RBI projects the economy will shrink by 7.5% for fiscal 2020, the largest annual drop on record. Though new coronavirus cases in India have declined of late, the country's aggregate infections stand at 10.9 million, second worldwide behind the U.S.

The government projects the economy will expand 11% next fiscal year. But the bad debt load risks slowing funding liquidity to a crawl. Economic growth stalled at 4.2% in fiscal 2019 due to the problem of nonperforming loans.

India's bad debt towers above that of other major nations. The ratio of bad debt to all loans currently hovers at 1% in the U.S., the U.K., Germany and Japan, according to the International Monetary Fund.