India's Suzlon hoping for fair winds after years of struggle 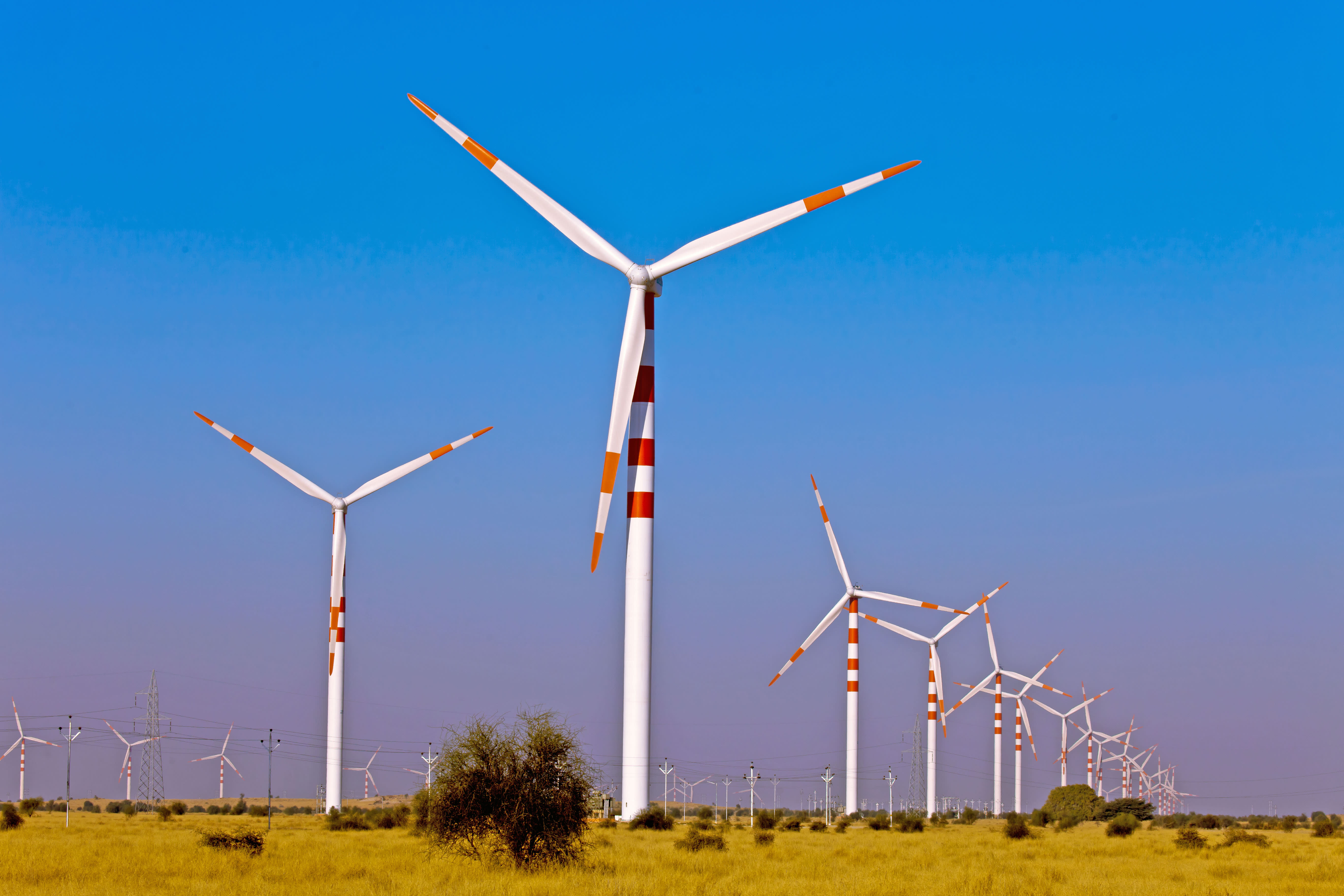 KOLKATA -- Suzlon Energy, the Indian wind turbine maker that was behind the country's biggest convertible bond default two years ago, is hoping that a recovery in the wind power sector will help it emerge from five years of endless crises.

Helped by radical debt restructuring and a huge equity infusion by a billionaire pharmaceutical tycoon, analysts say the company now has a chance of making an ambitious turnaround strategy work.

Tulsi Tanti, the founder and chairman of Suzlon known for his chutzpah, even claims that by March 2016, Suzlon will be the most profitable wind turbine company in the world after six years of losing money.

"Over the years we have had a few challenges, but they are now behind us," said Tanti. "Our focus has now shifted from liability management to growth. We have consolidated and our strategy [now] is high growth, high volumes," he added.

Confidence and unbridled ambition have always been Tanti's hallmarks. They catapulted Suzlon to the top of the Indian market and made it count among the biggest wind turbine manufacturers globally in just a decade after its inception in 1990. But those traits also caused Suzlon's downfall about six years ago.

Suzlon's hard times started in 2008, when a blade broke off one of its turbines in the U.S. A series of other quality issues followed, from turbine breakdowns to cracked blades, leading to a tarnished image, a spate of cancelled orders and a battering in the stock markets. From its peak of 2300 rupees per share in December 2008, Suzlon's fortunes tumbled over the next few years as did its share price, hitting an historic low of 6.4 rupees in October 2013.

Unfortunately for Tanti, he was in the midst of an ambitious global expansion plan that was buoyed by his confidence in a burgeoning Indian market. In 2007, Suzlon acquired the controlling stake in REpower Systems (later renamed Senvion), a German wind turbine maker, for 1.5 billion euros. That led to a significant piling up of debt for Suzlon.

However, Tanti's game plan was dealt its severest blow when Lehman Brothers collapsed, leading to the global financial crisis. The subsequent economic slowdown not only hurt Suzlon's order flow, but also resulted in a liquidity squeeze.

To add to his woes, India's wind power sector took a sudden turn for the worse when in April 2012 the Indian government abruptly withdrew a major incentive for wind farms: It cancelled a tax break that allowed wind farm owners to claim accelerated depreciation on 80% of the cost of wind projects in the first year of installation. It was a great way for wealthy individuals and companies to pay less tax.

By late 2012, an over-leveraged balance sheet and dwindling sales became unmanageable. Suzlon failed to pay back a $209 million convertible debt due that October.

"We laud his ambition and brio but he bit [off] more than he could chew. Tanti should have consolidated in India first before going in for his global expansion," said an analyst who asked not to be named.

Today, Suzlon's path to recovery will be aided by the wind power industry's recovery from a slump that began in 2013. According to the Global Wind Energy Council, 2015 has been a great year so far, with revenue up 44% from a year ago and record installations of more than 51 gigawatts. Much of the increase was accounted for by China, Germany, the U.S., Brazil and India.

Suzlon's recovery has yet to show in its bottom line. For the year ended March 2015, its net loss doubled from the year before to 1.21 billion rupees, although earnings before interest, taxes, depreciation and amortization (Ebitda) reached 3.16 billion rupees, compared with a loss of 1.41 billion rupees in 2014. Its chief financial officer said on May 29 the business is now adequately funded because of two developments.

Suzlon has agreed to sell Senvion to Centerbridge, a U.S.-based distressed asset fund, for 72 billion rupees. The fire sale was necessary to cut down its debt, the company said.

It has also convinced Dilip Sanghvi, the billionaire-founder of Sun Pharmaceutical Industry, to invest 18 billion rupees in a joint venture to set up a 450 MW wind farm in the coming year.

According to Suzlon, these two deals will more than halve its debt to 81 billion rupees, from 165 billion rupees, as well as provide fresh working capital. The new wind farm will also bring in 4.5 billion rupees in sales for Suzlon and help ramp up capacity utilization from 35% to 55% by March 2016, said Tanti. "India will contribute a lion share to Suzlon's revenues," he said.

Amar Kedia, an analyst at Nomura Securities, said Suzlon enjoys special advantages as a local player in India. "It is a first mover. And two, it can implement projects on a turnkey basis for its clients," he said. He recently upgraded Suzlon to "buy."

Even the government is helping Tanti's revival efforts with the re-introduction of wind power incentives and other measures aimed at meeting the government's ambitious target of 60GW of wind energy capacity by 2022. That should drive demand and help the sector reboot, say analysts.

Suzlon's unique selling proposition is to provide wind farm investors with a full range of services, starting from land acquisition, to setting up wind farms, to liaising with and selling the power to state-owned grids. Typically, a wind farm needs 10-15 acres of land.

"Our order book is witnessing a lot of traction and we are set to regain [the lost] market share. With technologically advanced products, best-in-class service, and integrated manufacturing capabilities, we are best positioned to tap [into] Indian and global renewable energy opportunities and substantially improve [our] performance in financial year 2016," he said.