Lack of expertise and assets holding back faith-banking sector 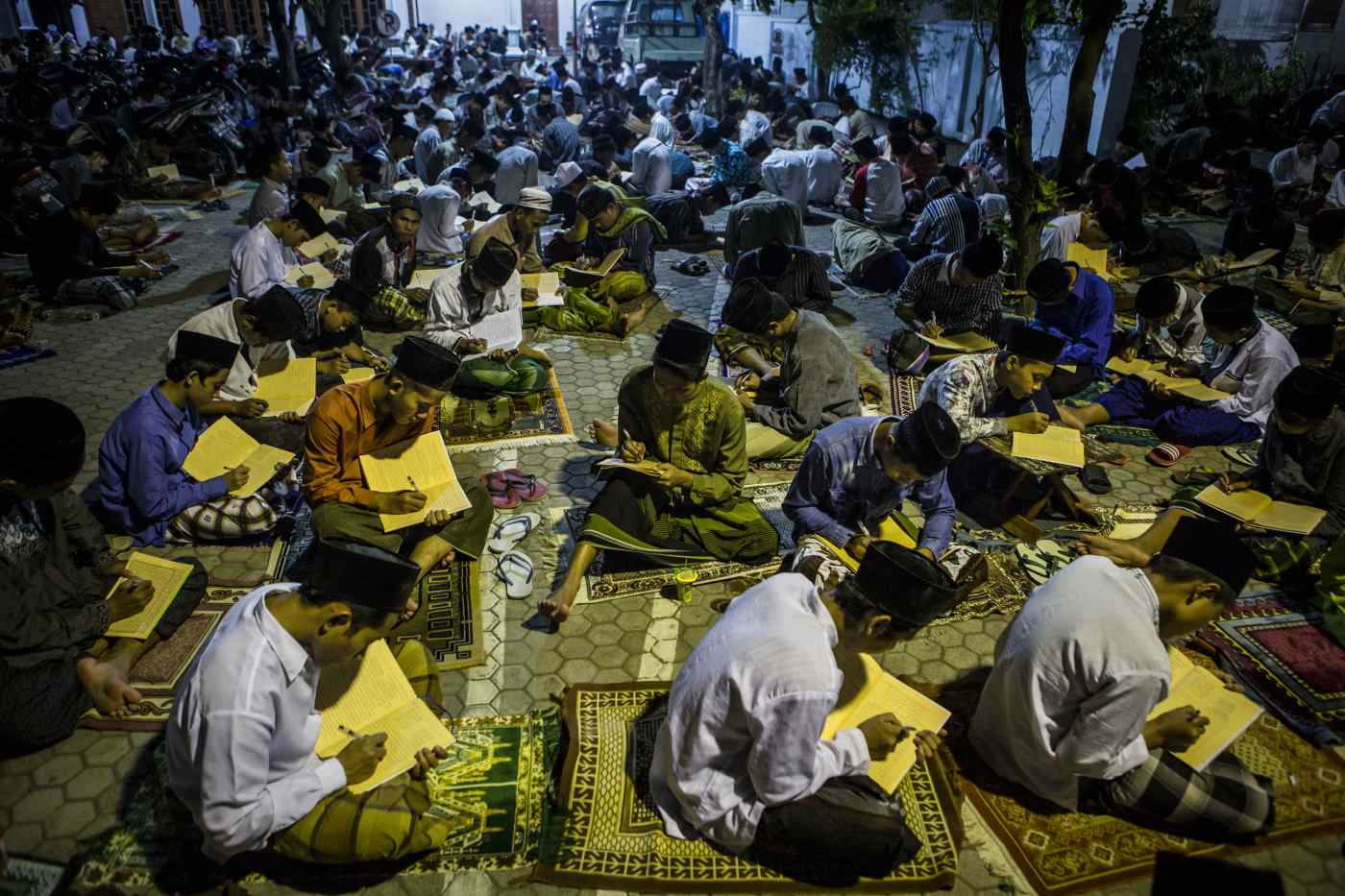 JAKARTA Donna has been in the Islamic banking industry for only four months, but the thought of going back to work for a conventional bank has already crossed his mind.

"It is supposed to be easy because the people are mostly Muslims, but Islamic banks don't have the loan schemes that conventional banks have, which are more convenient for customers' businesses," he said.

As a credit marketing staff member, Donna had already been warned by former colleagues that jumping ship to an Islamic bank would not be easy. He had prepared himself for some hard work, but did not anticipate just how hard it would be.

"At the conventional bank, I used to be able to book around 3 billion rupiah ($224,000) of credit a month. At the Islamic bank, the most I can get is 1 billion rupiah," he said.

Since the establishment of the first Islamic bank in Indonesia in 1991, the Sharia banking industry has seen fairly steady growth, but has been unable to capitalize fully on the potential of a market of more than 200 million Muslims.

In 2015 the industry recorded its lowest-ever asset growth, of 8.8%, due to a nationwide economic slowdown. The industry has picked up pace since July, but is still lagging well behind its conventional counterpart. 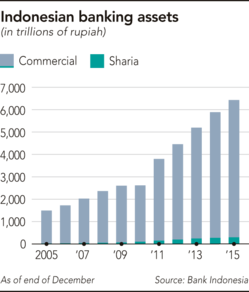 Islam prohibits usury and Islamic banks therefore operate on the basis of profit- and loss-sharing, instead of conventional banking's interest-charging model, which many customers prefer for the element of certainty.

MISSED TARGETS The industry failed to achieve its target market share of 5% by the end of 2008, reaching less than half that level. Eight years later and it is still creeping toward 5%; market share in July was 4.86%. But this is a far cry from the over 20% boasted by the Islamic banking industry in neighboring Malaysia.

In an effort to boost the industry, Bank Indonesia, the central bank, has decided to work with Islamic boarding schools, known as pesantren, which it hopes will be the "driver of the Islamic economy." Anwar Bashori, Bank Indonesia's head of Islamic Finance and Economy, said there is a lot of potential in the 27,000 pesantren, which have about 3.6 million students.

The central bank said it is finalizing a road map for the program under which it will work with the Religious Affairs Ministry to help the business units of pesantren to become financially sustainable. The schools operate in various business areas, including minimarkets and cattle farms, and provide extracurricular entrepreneurship and Islamic finance education to students.

"The aim is to help them become financially independent. If the pesantren [are] independent, and their students are independent, their transactions will be Sharia [compliant]. If this goes well, automatically it will increase the volume of Sharia economic transactions," Anwar said. The Sharia banking introduction lessons would be extracurricular, he said, so as not to meddle with the pesantren curriculum.

The program has been on the central bank's agenda since 2014, but time was needed for discussion and research, Anwar said, adding that the road map would be implemented in early 2017, starting with a pilot project. If successful, efforts would be made to replicate the model across the country.

When the program is properly underway, Bank Indonesia will involve universities and Islamic banks, "for education, not promotion," Anwar said.

Islamic banks have welcomed the plan. "Not only will it introduce Islamic banking to students but it will also allow us to be closer to pesantren in order to build a Sharia finance ecosystem that is needed," said Agus Sudiarto, chairman of the Indonesian Sharia Banks Association. 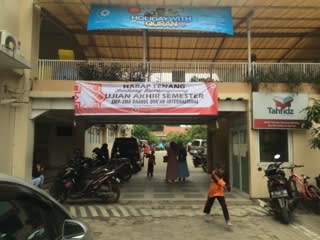 Support has also come from alumni of pesantren, but some have pointed out that the central bank needs to pay special attention to technical details to make the plan effective.

"The timing, for example, will be important. The best time to provide education on Islamic finance is just before graduation -- the time when the students receive a lot of debriefing and lessons about how to prepare themselves for life after pesantren," said entrepreneur Ipunk Purwanto, a graduate of Gontor School. Gontor is regarded by many as the leading pesantren for instilling Islamic values and entrepreneurship.

Gontor, Ipunk said, does not allow its students to visit banks or ATMs, preferring to encourage them to learn to manage the cash allowances they receive from their families. Therefore, he said, learning about Islamic banking too early might be ineffective because students might find it difficult to relate to the concept.

NICHE MARKETS Experts have suggested that Islamic banks should focus on specific niche markets, such as micro, small and medium-sized enterprises rather than continuing to go head-to-head with the big conventional banks, given the gap in experience and assets.

"For example, BTPN Syariah took the MSME market and focused there. They don't play in the corporate market, and so they can direct all their resources to that market, and their performance in the last year has been better than a number of other Islamic banks," said Budi Prasetyo, an Islamic banking expert at the University of Indonesia.

Products and services are another challenge. The Financial Services Authority, known by its Indonesian initials as the OJK, highlighted a lack of variety in products and services, inadequate quantity and quality of human resources, and slow information technology development in its Roadmap of Islamic Banking in Indonesia 2015-2019.

The OJK has formulated seven policy aims for the industry, including strengthening capital, improving the funding structure to support expansion, and harmonizing regulations and supervision. Number one on the list, however, is getting the government and other stakeholders to work together on policy development.

To achieve this, Indonesian President Joko Widodo in early November set up a Sharia finance national committee, which he will chair, to design and implement programs to develop the Sharia economy.