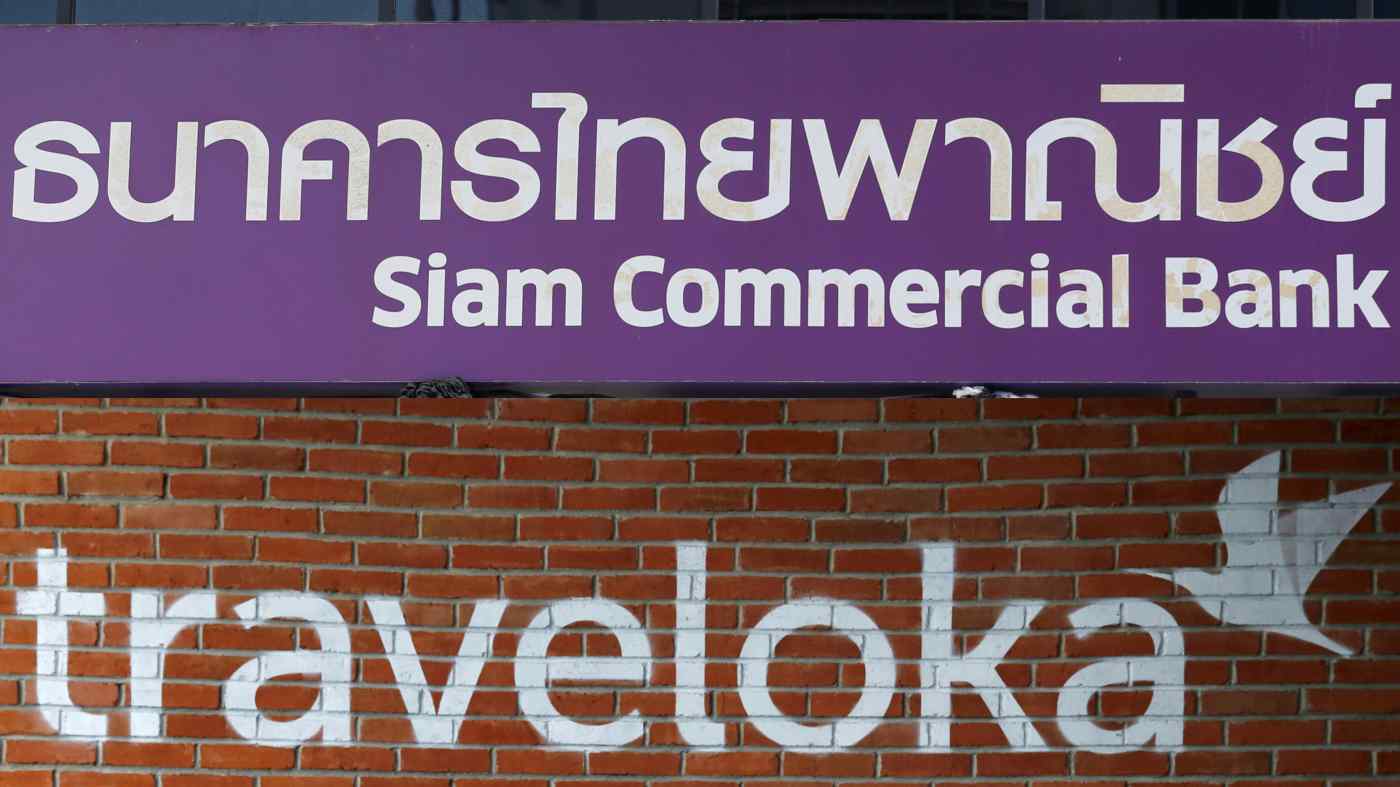 JAKARTA -- Traveloka, Indonesia's answer to travel booking website Expedia and one of the country's unicorns -- startups valued at more than $1 billion -- has agreed to partner with a bank in Thailand to expand its fintech business in the region's second-biggest economy.

The announcement on Friday comes as Traveloka prepares to go public this year against the background of intensifying competition in Southeast Asia's tech sector characterized by the rapid rise of Singapore-based consumer internet company Sea, which has become the region's biggest public company. Achieving successful expansion prior to its initial public offering is important for Jakarta-based Traveloka as it may increase its value in the eyes of potential investors.

The Indonesian company and SCB 10X, the venture capital subsidiary of Thailand's Siam Commercial Bank, will set up a joint venture to create "financial products and services tailored to meet the needs and lifestyles of modern travelers and lifestyle consumers in Thailand," Pitiporn Phanapha, the Thai company's chief business development and financial officer, said in a statement announcing the deal.

But the companies disclosed neither how much money they are putting into the venture nor the new entity's shareholding structure.

Established as a flight aggregator in 2012, Traveloka quickly shifted to offering airline and hotel bookings on its own. It has moved into neighboring markets, including Thailand, Vietnam and the Philippines and now offers reservations beyond travel.

In its home country it also has a fintech service called PayLater, which offers online installment payments. That business gained attention in the region with regional tech players such as Indonesia's Gojek and Shopee, Sea's e-commerce arm, providing similar services.

The cross-border deal with SCB 10X marks the first time for Traveloka to expand its fintech ambitions beyond Indonesia, Southeast Asia's largest economy,

"We believe Thailand's consumer market offers abundant opportunities for Traveloka," Caesar Indra, the company's president, said in the statement. "With only 30% of Thai customers owning credit cards, we see similar needs to what we see in Indonesia."

The partnership comes at a time when Traveloka is gearing up to list in the U.S. Its CEO and co-founder Ferry Unardi said in February that the company was ready for an IPO this year, with its core travel business turning a profit in 2020 despite the coronavirus pandemic slamming the sector. Unardi said the use of SPACs, or special purpose acquisition companies, were among options under consideration.

A SPAC is a "blank check" company where sponsors raise capital by listing it, and then look for companies to acquire or merge with. The structure offers target companies a way to go public more quickly than through a traditional initial public offering.

Traveloka was previously approached by Bridgetown Holdings, a SPAC backed by Hong Kong billionaire Richard Li and prominent venture capitalist Peter Thiel, which listed on Nasdaq in October and raised more than $500 million.

Siam Commercial Bank as a group has been engaging in digitalization from various angles. The bank operates fewer branches as it navigates customers toward online or mobile banking. It operated 850 branches as of February, down from 1,101 at the end of 2018 according the Bank of Thailand, the country's central bank

SCB launched its food delivery app Robinhood in July 2020 and recently revealed a plan to potentially develop it into an e-commerce platform.

The new venture with Traveloka is SCB's second partnership with an Indonesian unicorn. The bank invested in Gojek, a multipurpose ride-hailing, financial services and deliveries app, in 2019.