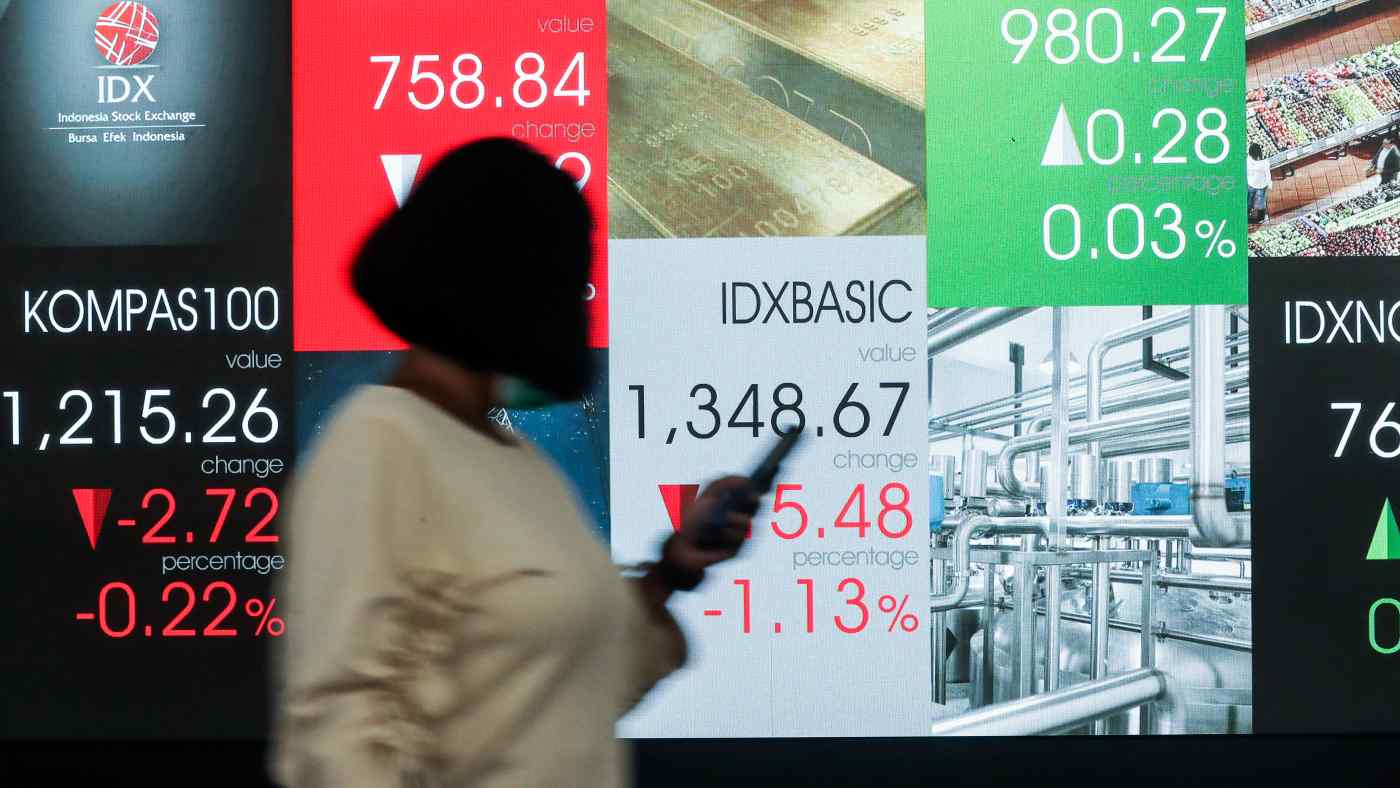 JAKARTA -- Since going public on Feb. 1, Bank Net Syariah, a little-known small lender, has been one of the standout performers on the Indonesian Stock Exchange. Its share price has surged a staggering 2,200% since its IPO; the broader IDX composite, in contrast, has fallen close to 4% in the same period.

Although not as dramatic as Bank Net Syariah, other small lenders have also seen their share prices rise in recent months, though most have quickly yielded to the forces of gravity.

Behind the wild swings in Indonesia's small banking stocks is speculation that companies active in the country's burgeoning tech sector aim to get into banking by investing in smaller players, which might help them tap the large number of Indonesians for whom financial services are insufficient or unavailable.

"Indeed, the recent share price hikes [in small bank stocks] is affected by high investor expectations on the acquisition of banks by technology companies," said Fafa Wibhiyadi, an investment analyst at Avrist Asset Management. "Investors' euphoria on news and speculation on the acquisition will continue to affect the volatility of the banks' share price" until there is confirmation or denial of the rumors, he added.

Speculation surrounding small bank stocks became pronounced around early March, when many rose rapidly in a matter of days before plunging. They included names such as Amar Bank, which saw its share price surge 111% in four trading days, only to lose 34% of those gains in around two weeks. Bank Capital Indonesia, meanwhile, experienced a 34% increase in six trading days only to lose 43% by the end of March.

These banks have a dire need to raise capital now that they must comply with a regulation introduced last year. The rule stipulates that banks need to have minimum core capital of 3 trillion rupiah ($727 billion) by the end of 2022, up from 100 billion rupiah. Failure to comply will result in restrictions on the services they can offer.

The thinking among investors was that tech companies, keen to expand into banking, would look to invest in such small banks through their rights issues. For the banks, it is not only a chance to comply with the capital requirements but also to transform themselves into digital banks by becoming part of the tech ecosystem. 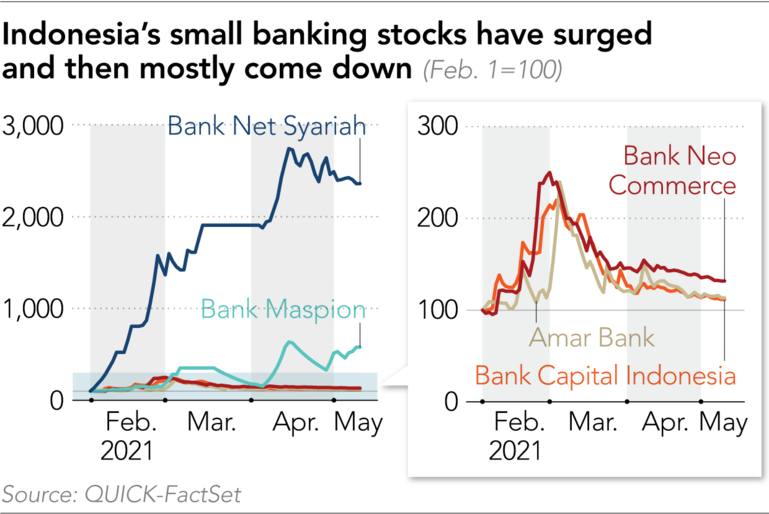 Were that to materialize, it would be an ideal situation for Indonesia's financial authorities, who have long been at pains to consolidate and bring innovation to the banking sector.

Indonesia's banking industry is fractured, with more than 100 commercial banks and 1,500 rural banks, most minuscule and offering only basic services.

"Consolidation is a necessity with changes in ecosystems and demands for massive innovation," an official at Indonesia's Financial Services Authority, or OKJ, said last year when the new capital regulation took effect.

Some investors that were reportedly looking into small banks include Singapore-based super app provider Grab, with chatter of a potential investment in Bank Capital Indonesia. Sea's name is also being mentioned, this time in relation to a potential investment in Bank Net Syariah, after the lender namechecked Shopee, the Singapore company's e-commerce arm, as a "potential strategic partner" in a filing to the Indonesian stock exchange.

Sea said, "Neither Shopee nor Sea has held, or is holding any discussion on a strategic partnership" with Bank Net Syariah.

On the other hand, Dealstreet Asia in April reported that Amar Bank is looking to raise $80 million to $100 million in a deal similar to previous tech company investments in small lenders.

The bank, when contacted by Nikkei Asia, said, "We are unable to comment on market speculation or rumors."

Indonesia is a blue ocean in banking services: Over 50% of adults do not have a bank account according to the World Bank, and even when they do they are often underserved. With a host of the unbanked population living in hard-to-reach rural areas, where it is difficult to set up branches and ATMs, many believe that digital banking is the solution.

But regulation currently does not allow licenses for digital-only banks, unlike in Singapore. In Indonesia, all banks, or tech companies wishing to start digital banking services, need a conventional bank license to operate. "For foreign investors, [the] best option to tap into digital banking in Indonesia is through [the] acquisition of an existing commercial or rural bank," Singaporean consultancy Momentum Works said in a recent report.

A banking industry executive said Indonesia will likely see more of that. "[A] 50% unbanked population, when you consider Indonesia's total population, is a challenge [for financial inclusion] but it also offers immense opportunities," the executive said. "We will likely continue to see tech companies invest in and partner with financial institutions to approach and tap into this huge market."