Japan has not seen many opportunities to link accounting standards to economic growth, but system design based on the understanding of the importance of financial reporting and the roles of accounting standards is a basic need for any country's growth. This is because confidence in the transparency and the integrity of financial reporting is extremely important for realizing the effective functions of, and efficient asset distribution within, capital markets as well as maintaining the stability of international finance. 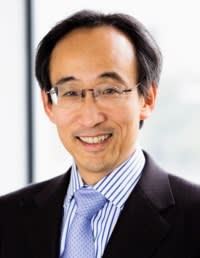 The objective of the International Accounting Standards Board (IASB), a private organization headquartered in London, is to achieve the conditions mentioned above through developing a single set of high-quality international financial reporting standards (IFRS) that are recognized around the world.

A fast-growing number of countries have incorporated IFRS in some manner into their accounting systems over the past several years.

The IFRS Foundation, the oversight body of the IASB, assessed how IFRS are employed around the world based on the responses received from the organizations setting accounting standards in each country. The data was released after verifying that there have been no errors with the securities regulators and major auditing firms in the countries. According to this data, 105 of 130 jurisdictions surveyed require IFRS for all or most domestic publicly accountable entities (listed companies and financial institutions) in their capital markets.

Such a drastic jump came after a number of countries moved to adopt the Standards following several years of preparation. These include Asian, South and Central American economies, such as South Korea, Taiwan, Malaysia, Mexico and Brazil, as well as Russia, Canada and much of the Middle East and Africa.

What prompted so many countries to adopt IFRS? It is because adoption of the internationally recognized Standards deepens the understanding of financial information and enhances the possibility of comparing such information, thereby increasing business choices. International realignment and business tie-ups have become indispensable in maintaining a competitive edge in today's global business environment, and the IFRS provide bases and support such corporate activity.

By contrast, the reality for financial statements prepared using Japanese standards is that, unfortunately, they are not as widely understood in international markets as those compiled under IFRS and American standards. It is quite possible that negotiations with other partners become complicated in international business scenes when using Japanese GAAP, putting Japanese companies at a competitive disadvantage.

On the same page

While on overseas roadshows with investors, chief executives and financial officers from Japanese companies need to explain the differences in these standards. Having an opportunity to give such explanations may be considered fortunate in this case. Without their knowledge, companies may well be at risk of not being considered for possible investments and thus left with low share prices -- resulting in a so-called Japanese standards discount.

By adopting IFRS, all companies will be free from such restrictions and gain various options, such as cross-border fund procurement, capital tie-ups and business collaborations. Moreover, the advantage of using a uniform IFRS yardstick will help multinational companies with consolidated subsidiaries abroad standardize management barometers and achieve uniformity of control, thereby enhancing the quality of managerial infrastructure that is essential in strengthening their international competitiveness.

What is the situation in the world's largest economy, the U.S.? It has not yet permitted businesses there to adopt IFRS. However, the U.S. already boasts a rich capital market, where companies and investors from around the world engage in transactions, and there are many non-American companies listed on U.S. markets, with total market capitalization of several trillion dollars, that do use IFRS. Just because the U.S. does not require domestic companies to adopt IFRS does not mean Japan can do nothing. Furthermore, IFRS and U.S. accounting standards have promoted the standardization of important barometers. In particular, a Revenue Recognition Standards, which determines top line achievements for all corporate activities, using exactly the same language, is expected to be announced soon for both IFRS and U.S. GAAP.

There are currently nearly 100 rules for recording sales in the U.S., including detailed codes for different industries, but without any uniform concept. In contrast, IFRS, which generally leaves it up to corporations to handle detailed matters, provided just two rules, and critics complained about the lack of guidelines.

The new Standard addresses this issue from a uniform perspective of "transfer of control rights" and clarifies the series of processes from signing a contract to recognizing profit, including the requirements for such contracts and the timing for realizing revenue.

However, Japanese accounting standards provide no comprehensive standard concerning the recording of sales. This is because taxation law and industry-specific business practices are given priority. To overseas investors with no knowledge of Japanese tax law, this framework simply appears nontransparent.

Another point that must be noted is that the new Standards will have a significant impact on corporate activity. The way that companies think about revenue recognition will change. Depending on the industry, this may even transform the way contracts are made and how business is conducted. If the conditions for contracts coming into effect and the timing for recording profit changes in terms of accounting, sales people will have to modify their activities accordingly. In other words, new business manners will need to be established. Without any knowledge of such rules, companies will be unable to predict the moves of prospective partners, and thus fail to conduct negotiations in a favorable manner.

What I am most concerned about is that the delay in adopting IFRS would create a difference in accumulation of real-life business experience, because accounting standards are not only a product of armchair discussions but are also established through actual implementations and accumulations of business experience. After the Standard is released, corporations worldwide will begin preparations for application, and in light of specific cases in actual business activities, detailed business practices, or namely effective standards, will be established.

Without making any moves, Japanese managers, accounting officers and auditors will not have a chance to acquire the sufficient knowledge or experience on the new Standards and will likely establish business practices not based on Japanese examples. Once the business practice is established, it would be impossible for auditors and corporations, and latecomer countries, to modify these with ease.

Some in Japan are skeptical of IFRS. This is because accounting standards do not function on their own and their compatibility with other systems is important. For us in Japan, who are used to the efficient Japanese standards that are coherent with various other systems in this country, shifting to IFRS would be no easy task. We might feel uncomfortable with such unfamiliar systems.

However, if that is the case, overseas market participants who are familiar only with IFRS must also feel a sense of strangeness when they look at financial statements prepared under Japanese standards, which are deeply associated with Japanese tax and corporate laws. This might even lead to opacity and isolation of the Japanese capital market as a whole. Officials of listed Japanese companies rush to release their financial results at the Tokyo Stock Exchange. Financial statements prepared using Japanese standards are often not widely understood in international markets, compared with those compiled under IFRS and U.S. rules.

Changing accounting standards requires preparation time and costs money. But these burdens are one-time only, and are not on a staggering scale. Moreover, adopting IFRS does not mean a complete acceptance of the standards of other countries. Many Japanese people contributed to the planning of IFRS, and Japanese opinions on important points such as concept of net income and amortization of goodwill were well respected in discussions.

Given that the only overseas IFRS Foundation office is located in Tokyo, it is possible to contact IASB staff members directly. IFRS are not a tool that other countries use in order to impose their views on Japan. However, without extensive business experience, meaningful discussions would be impossible.

The formation of efficient and highly transparent capital markets, which IFRS seek to make possible, are also indispensable for Japan's medium- to long-term growth strategy. The same thing can also be said about other Asian countries like India and China which have not adopted IFRS yet, as business competition within Asia is slated to become even more fierce.

How soon Japan can start preparing for IFRS could be a decisive factor for its international competitiveness for years to come. Japan cannot afford to waste any more time.

Takatsugu Ochi is a member of the International Accounting Standards Board.