Financial regulator hopes to encourage the unwinding of cross-shareholdings 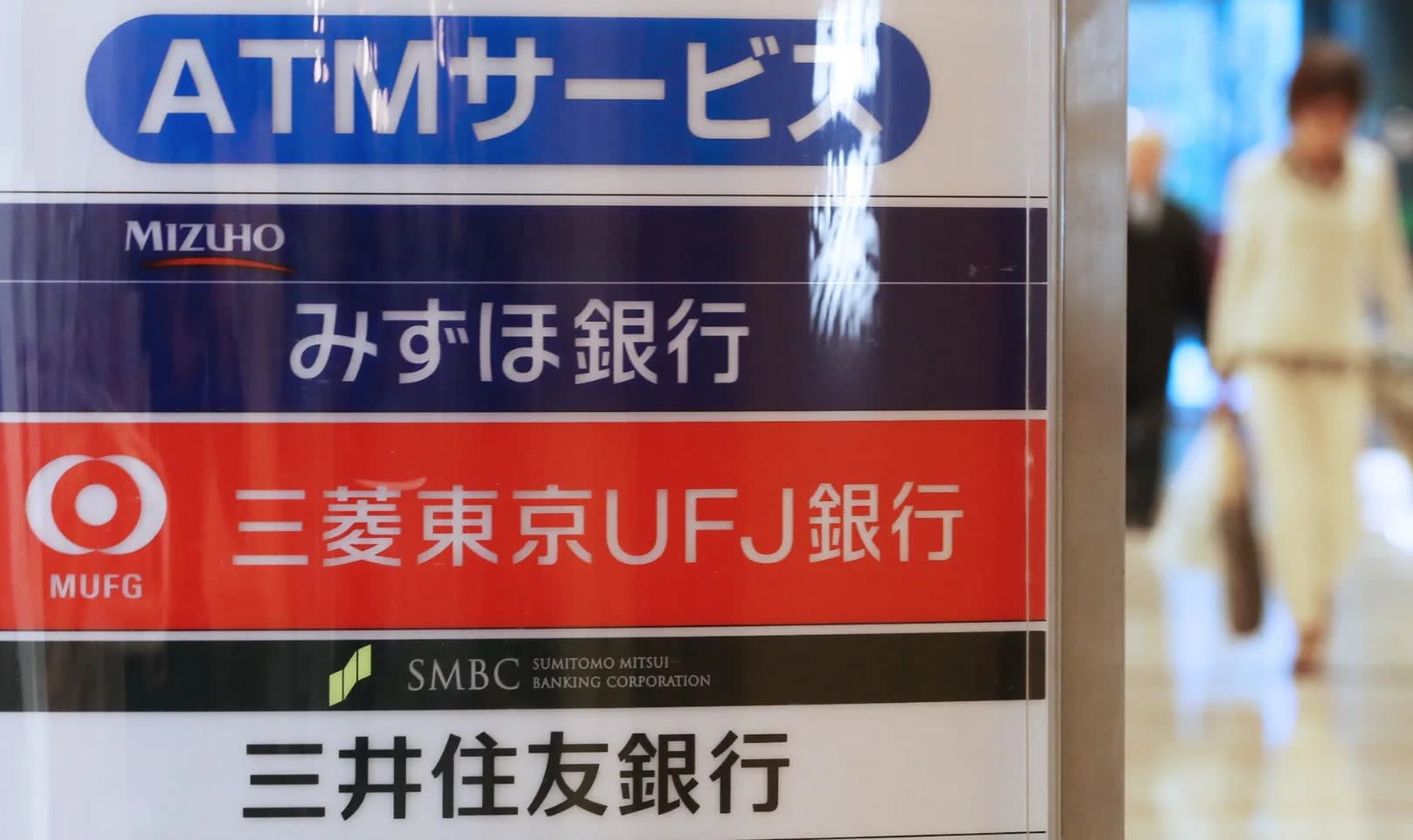 The logos of Japan's three megabanks -- Mizuho, Mitsubishi UFJ and Mitsui Sumitomo -- adorn the entrance of an ATM booth in Tokyo.

TOKYO -- Japan will require banks to more than double reserves held to prepare for drops in the value of their shareholdings, aiming to steer the institutions away from the Japanese practice of cross-shareholding relationships.

The Financial Services Agency's new rules will take effect in stages starting in the year ending March 2022. Currently, if a bank that has overseas operations owns 10 billion yen ($91 million) worth of shares in a business partner, it reports 10 billion yen as risk assets and sets aside at least 800 million yen of its own capital. Under the new rules, those same shares are considered 25 billion yen worth of risk assets, so the bank needs to have 2 billion yen in reserves.

If the shares are in an unlisted company invested in through a venture capital unit, the 10 billion yen value of shareholdings is quadrupled to 40 billion yen, so the bank needs to set aside 3.2 billion yen.

As banks would need to set aside significantly more capital to cover potential losses, this could accelerate the unwinding of cross-shareholdings -- the practice of owning shares in business partners.

The new rules are part of Basel III regulations, which were drawn up following the 2008 global financial crisis. Requiring banks to increase reserves when they hold risky assets is meant to allow them to better absorb stock price fluctuations.

Historically, Japanese banks own more shares in business partners compared with their American and European counterparts. The nation's three megabanks -- Mitsubishi UFJ Financial Group, Sumitomo Mitsui Financial Group and Mizuho Financial Group -- together held around 5 trillion yen in such shares last fiscal year. Although the figure has decreased almost 20% from three years earlier, these shares make up almost a fifth of their Tier 1 capital.

The FSA has discouraged cross-shareholdings in the corporate governance code as well, with the aim of preventing cozy relationships between companies. To this end, it requires disclosures of the shares held and explanations of the reasons for holding them. The new capital requirement rules are meant to reinvigorate interest in reducing cross-shareholdings amid a recent slowdown in such efforts.