As their businesses diversify, bosses want bankers to think like startup founders 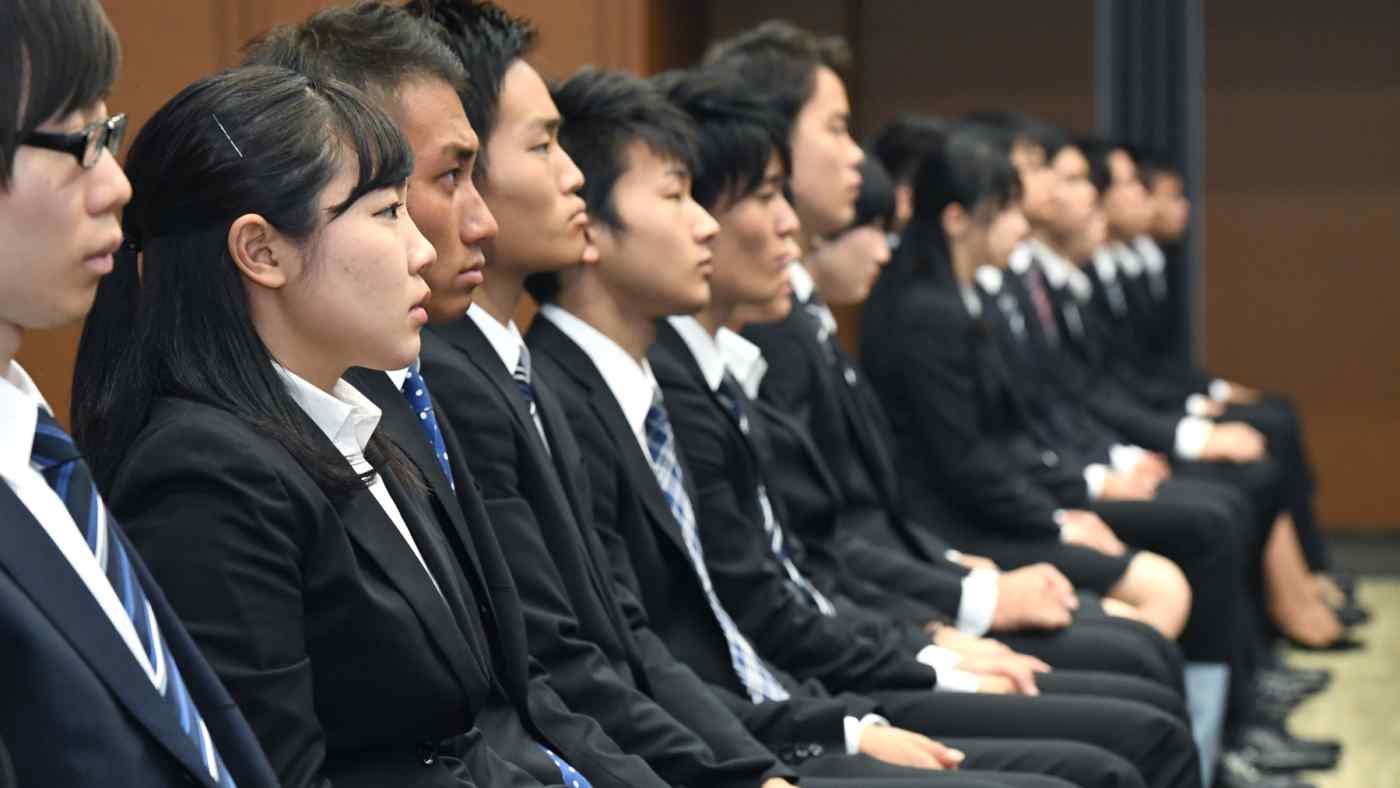 TOKYO -- Japan's top banks, once known for hiring thousands of new university graduates every spring to fill their ranks, are sharply cutting back this practice as their need for raw staffing power declines.

The total number of prospective April 2020 hires by MUFG Bank, Sumitomo Mitsui Banking Corp. and Mizuho Financial Group comes to 1,700, down 27% from the previous year.

This marks the first time the annual intake has fallen below 2,000 since 2006, when the trio coalesced as the Japanese banking sector emerged from a debt crisis.

Compared with the most recent peak in hiring in April 2016, next April's incoming class will be almost 70% smaller.

The hiring cutbacks represent a shift in policy that quickened after the Bank of Japan adopted negative interest rates in 2016 but has mainly been driven by the rise of online banking.

As fewer customers visit physical branches, banks have less need to bulk-hire tellers. In the past 10 years, the number of customers visiting branches in Japan has declined by about 30% to 40%, a trend that has spurred banks to close locations. Furthermore, each branch now requires less human resources for operation, thanks to automation. With office technology replacing human work in not only routine tasks but also higher-level ones, there seems to be little reason for banks to increase their intake of new employees in 2021 and beyond.

Such downsizing is not limited to Japan. Banks have been wielding the ax around the world, as slow global growth has lessened opportunities for lending, while ultralow interest rates have squeezed profit margins on loans. By one estimate, nearly 60,000 jobs have been lost in the banking industry so far this year, most of them in Europe but also in Asia.

Mitsubishi UFJ Financial Group, Japan's biggest bank, is reportedly preparing to cut half of its investment banking workforce in Hong Kong and Singapore. Deutsche Bank will sharply scale back its investment banking operations in Asia as part of 18,000 global job cuts. HSBC is also seen to reduce its 248,000-strong global workforce by up to 10,000.

Besides automation and online banking, there is another reason for Japanese banks to be less reliant on bulk-hiring. As they venture into new business areas, banks today are looking for not only the traditional "balancer" types who can efficiently coordinate tasks among group members, but also recruits with an aptitude for entrepreneurship.

A message splashed across Sumitomo Mitsui Banking Corp.'s recruiting website reads: "We may say in the very near future, 'We used to be called a bank.' What will a new 'bank' look like? We are here to give an answer."

In the past, many new graduates were attracted to bank jobs for their stability and status. But banks are now breaking free from their traditional messages to speak to today's young generation.

"When we were young, the most coveted quality in junior staff was the speed of processing office work," says an executive at a major Japanese bank. "Today, no one is looking for this ability."

Mizuho is also looking for applicants with similar strengths. While the banks are not altering the existing job categories and the salary systems, they are looking to introduce more flexibility in career paths so that new employees can work in their specialized areas of interest.

The scope of Japanese banks' business has expanded rapidly in recent years to include cashless payments, big data analysis and other new pursuits. As Japanese banks pivot away from developing everything in-house and move toward more collaboration with nonbank businesses, their ideal job candidates are no longer those who can cleverly orchestrate internal meetings.

"What we look for in our new employees is a free mind to imagine new business structures," said another executive at a Japanese bank.