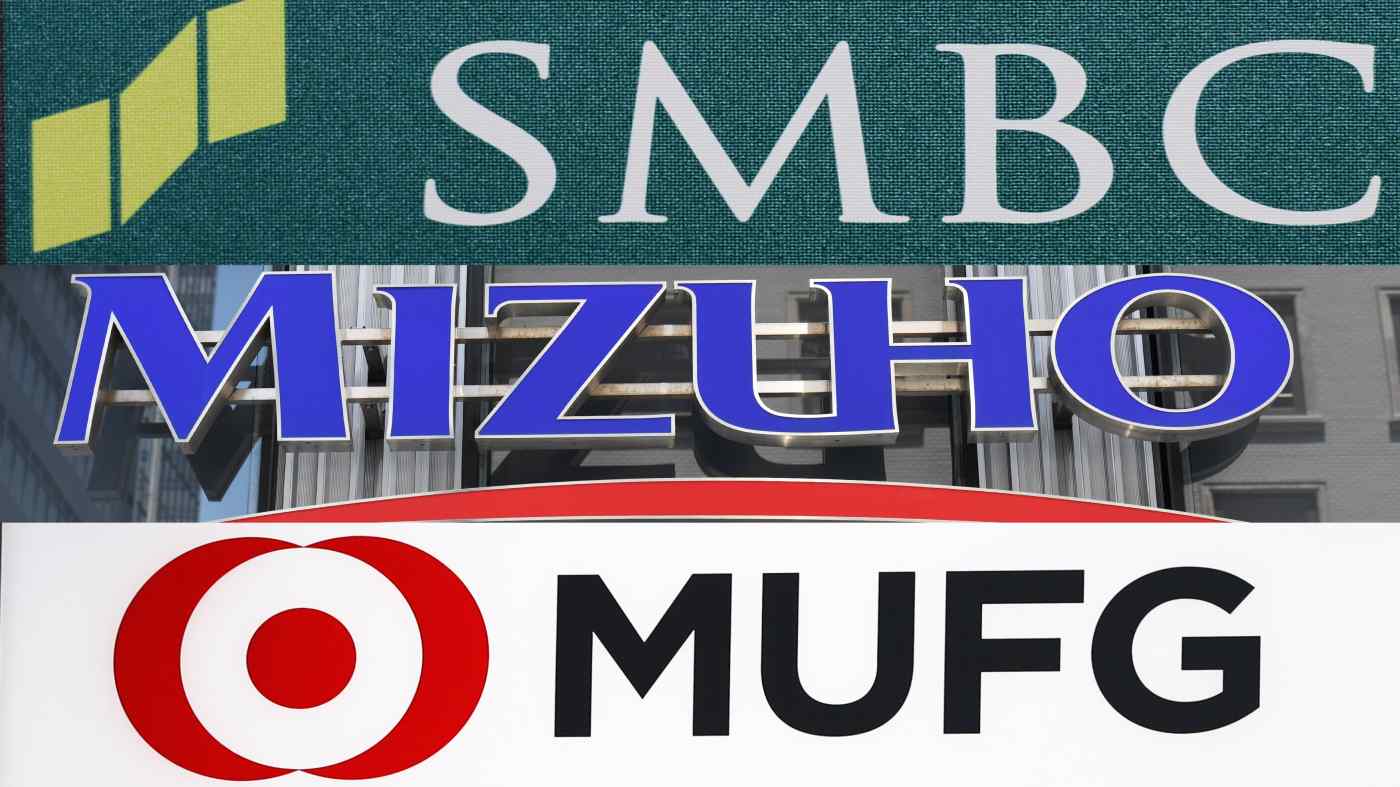 Japan's megabanks, long trapped by ultranarrow spreads on the loans they extend in Japan, are now getting walloped at their overseas ventures.
MITSURU OBE, Nikkei staff writerMay 15, 2020 17:59 JSTUpdated on May 15, 2020 20:21 JST | Japan
CopyCopied

SMFG has major exposure to the coronavirus-hit airline industry; it is the world's fifth largest aircraft leasing company. The bank anticipates 100 billion yen in credit costs in the aircraft leasing business for the current business year. "Base-line demand for air travel won't disappear. We will continue to strengthen this business," President and CEO Jun Ota said at a news conference.

SMFG is also exposed to Indonesia's slowing economy through its ownership of bank BTPN. The Japanese group has made Indonesia its main operating base in Southeast Asia and has been expanding its business there aggressively. SMFG last year made a failed bid for Indonesia's Bank Permata.

"Overseas business remains an engine of growth for our company," Ota said. He said SMFG has built up its capital base. "If there are good opportunities [for takeover], we will consider," he said.

The bank's bottom line was hit by 360 billion yen in writedowns on the value of its affiliates in Southeast Asia -- Bank of Ayudhya in Thailand, Bank Danamon in Indonesia and Security Bank in the Philippines -- amid a Sino-U.S. trade war and the coronavirus downturn.

The writedowns were prompted by a drop of more than 50% in the shares of these units and an embarrassing black eye for MUFG. "The writedowns were extremely regrettable," said MUFG CEO Hironori Kamezawa. But he insisted that "there will be no change to the company's strategy to capture sources of growth overseas."

Mizuho Financial Group, Japan's third largest banking group, projects a 29% drop to 320 billion yen in net profit for the current business year after posting a 4.6-fold increase in profit to 448 billion yen. President and CEO Tatsufumi Sakai predicts that the coronavirus will affect the operations of the bank at all levels, from financial market instability to rising credit costs. "In the last fiscal year, the coronavirus's impact was less visible. We will face a real challenge in the current fiscal year," he said.

Mizuho is the main creditor for SoftBank Group, a technology investment company that has been hit hard by the recent global stock market setback. SoftBank Group is expected to report an annual loss of 900 billion yen for the past year. Sakai said the bank won't change its lending policy toward SoftBank because of the current market turmoil.

"Many companies are experiencing stress on their capital position," Sakai said. "Our social and economic mission of supporting businesses with various forms of capital is getting all the more important.

"We are looking not just at profit and loss, but also at cash positions of companies when we make lending decisions."

The sentiment was echoed by SMFG's Ota. SoftBank "is a very important client for us," Ota said. "We will continue to support them, and if there are problems, we will hold discussions."

The current year is expected to be a challenging one. In Japan, the economy has been throttled by a national state of emergency during the first two months of the fiscal year. Sales of retail goods from apparel and cosmetics to autos and appliances are tumbling.

Economists are expecting the Japanese economy to contract 5.8% in April-June from the preceding quarter, or at an annualized pace of 21%, according to a survey by the Japan Center for Economic Research, as the global economy is expected to contract 3% this year, according to the International Monetary Fund.

Bad loans are expected to increase as more businesses fall into trouble. The number of corporate bankruptcies in April increased 16% from a year before to 758. They left total liabilities of 161 billion yen, up 54%, according to research company Teikoku Databank.

Weak global growth also makes it more difficult for Japanese lenders to find alternative sources of revenue outside their own country.

The megabanks earn only a tiny spread on the loans they make in Japan due to ultra-low interest rates. The difference between the average yield on loans and the average cost of funding has been narrowing for years. For Japan's megabanks, the spread stands at 0.7% to 0.8%.

Among the three, SMFG and Mizuho have been particularly aggressive in pushing overseas loans, having moved away from traditional businesses like extending mortgages and corporate loans, and into sectors such as leasing, investment banking and overseas business.