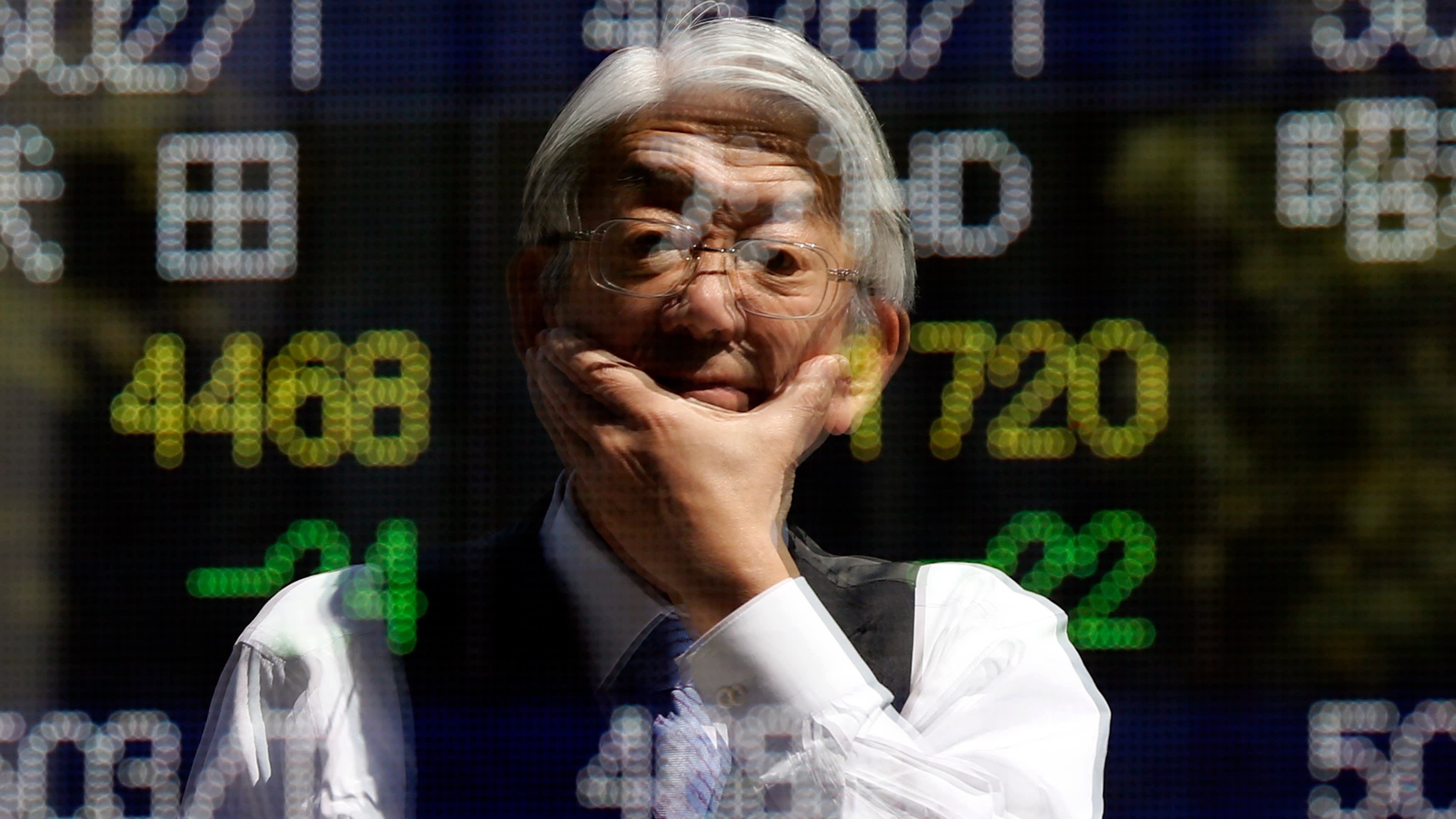 TOKYO -- Japan's Government Pension Investment Fund took a 18 trillion yen ($166 billion) loss during the first quarter of the year, an estimate by Nomura Securities shows, pointing to a record in quarterly red ink caused by higher exposure to the coronavirus-rocked equity market.

"The corona shock is not forgiving," said Norihiro Takahashi when he stepped down Tuesday as scheduled as the GPIF's president. He emphasized the fund's goals were long-term. The fund has increased its investment in riskier stocks and on Wednesday will begin allocating more of its portfolio to overseas bonds, a move that will increase its exposure to volatility.

The loss would erase the 9.42 trillion yen earned in the first three quarters of the fund's fiscal year, which ends March 31, bringing the total result for that year to a negative 8.6 trillion yen -- its first annual loss in four years.

The GPIF is one of the largest pensions in the world, managing 160 trillion yen in assets. It collects contributions from those currently working while retirees collect payouts. The difference is put into a reserve fund that is invested to generate income.

Reserves are projected to grow to a peak of 479 trillion yen in 2079 under a favorable economic growth scenario. The GPIF is expected to generate enough income to supplement future contributions and take the pressure off the working-age population in covering payouts.

The exposure to foreign markets is poised to increase the volatility of the returns due to the swings in currency values and other factors. Looking at the past 34 years of data, one-year gains at the GPIF fell between positive 28.2% and negative 20.3%. With the new allocations in place, the spread widens to plus 31.3% to negative 21.1%.

Some critics say the GPIF should lean back toward less riskier assets. But if the entire portfolio is devoted to Japanese government bonds, the reserves will dry up by the 2060s, which would affect payouts to seniors.

"Based on the nature of the GPIF, which manages pensions over the long term, now is the time to actively take risks when asset values have fallen," Nishikawa said.