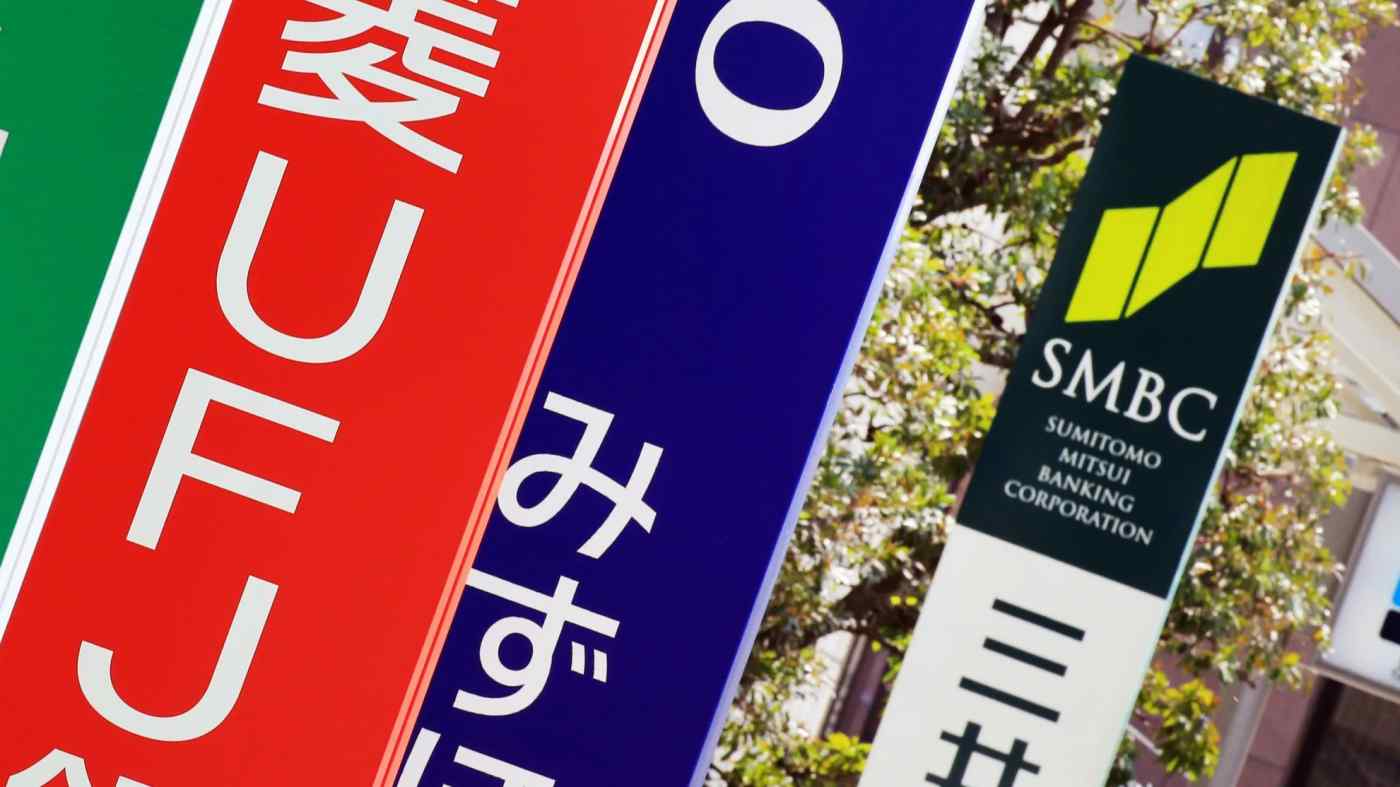 The reviews by the Financial Services Agency and the Bank of Japan will cover the country's three megabanks -- MUFG Bank, Sumitomo Mitsui Banking Corp. and Mizuho Bank -- along with Sumitomo Mitsui Trust Holdings and farm lender Norinchukin Bank.

Each will be put through the same scenarios, such as a stock market crash or a sharp rise in the yen, to gauge the impact on their capital and liquidity.

Japan previously left the details of stress tests to individual banks, which were free to set their own parameters. The new shared scenarios will let regulators compare the performance of each institution and push for changes in risk management practices if necessary. The tests will be conducted through mid-2020.

Japan's biggest banks generally have maintained good financial health, and regulators expect no need to fortify capital cushions based on the stress test results. But they see risks emerging as many institutions enlarge operations overseas amid ultralow interest rates at home.

BOJ surveys have found increasing overlap in borrowers between major domestic and foreign banks, meaning that a shock abroad -- such as Britain's impending exit from the European Union -- is more likely to spread to Japan.

The change to centralized tests puts Japan more in line with practices adopted in the U.S. and the EU after the 2008 global financial crisis and the later debt crisis that rattled banking systems in southern Europe. Regular stress tests there help authorities sniff out weak banks to avert another collapse like those of Bear Stearns and Lehman Brothers.

Combining the expertise of the BOJ and Financial Services Agency should improve the accuracy of the stress test models. The switch also aims to lighten the load on financial institutions, which no longer will have to plan the reviews themselves. Such tests are expected to be conducted regularly in the future.

The central bank and the financial watchdog have kept a closer eye on bank management lately. They recently conducted a joint review of exposure for financial institutions to collateralized loan obligations, bundles of often low-rated corporate loans sliced into tranches and sold to investors.