Nomura rebounds from red but struggles continue in home market 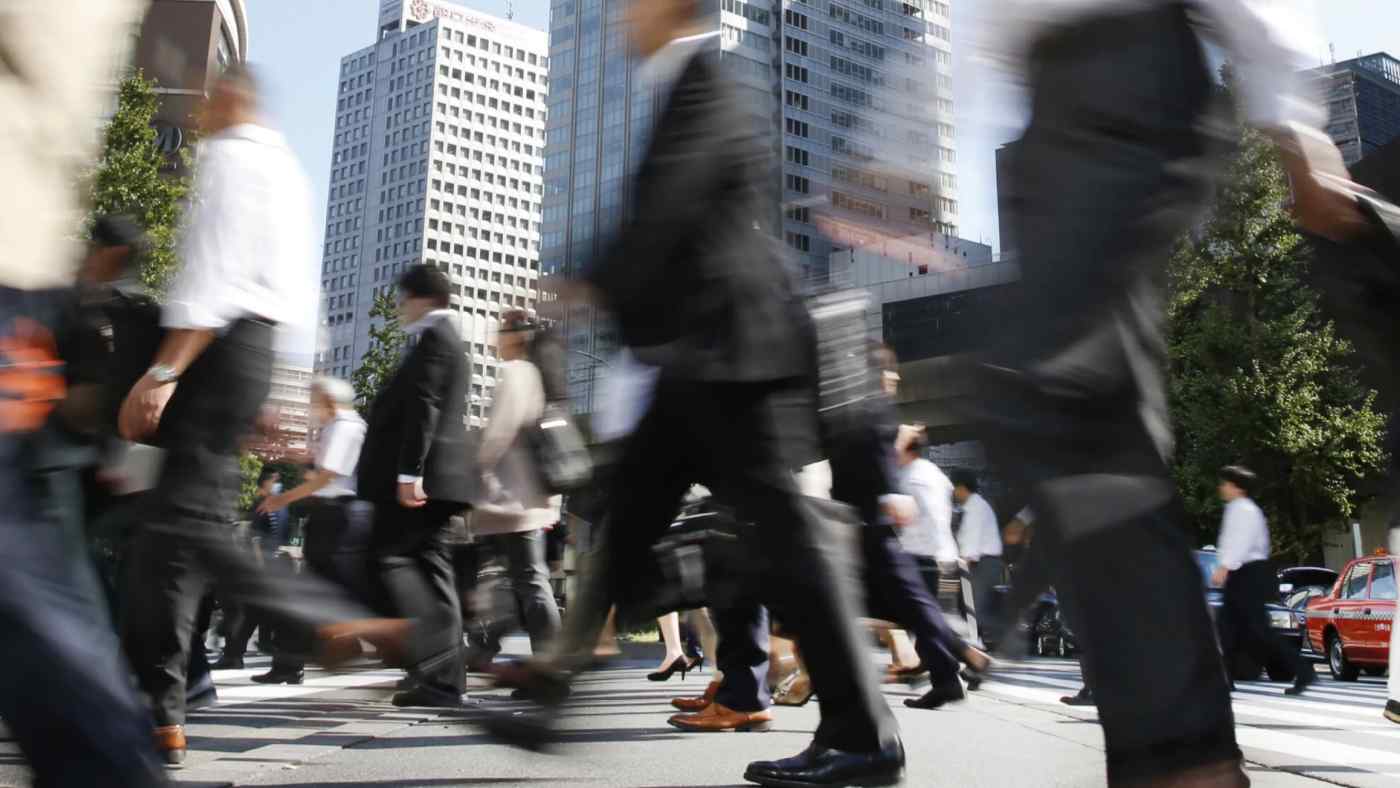 TOKYO -- Japanese brokerages were unable to turn around their struggling domestic retail operations in the just-ended quarter, suggesting that the industry's drastic cost-cutting will continue apace.

Of the 19 major brokerages, 16 reported either decreases in net profit or losses for the April-June quarter, according to results released by Wednesday.

Daiwa Securities Group said that day that its bottom line fell 13% on the year to 16 billion yen ($147 million), dragged down by the retail segment, which suffered a 73% decline in pretax profit on dwindling commission income.

"The trading volume among individual investors is the smallest it has been since Abenomics started," said Chief Financial Officer Eiji Sato, referring to the economic growth policies championed by Prime Minister Shinzo Abe when he began his current term in 2012.

Small and midsize brokerages, which are more dependent on the domestic retail business, reported significantly lower consolidated profits, as well as losses. The bottom line among the five largest online brokerages shrank by 30% to 70%.

Demand from retail investors remains soft because of the equity market's uncertain outlook. "The downturn in conditions is not a temporary creature," said Hiroyuki Ogata, executive officer at Mitsubishi UFJ Securities Holdings.

Nomura Holdings, the biggest Japanese brokerage, has been under pressure to turn itself around after posting a massive 100.4 billion yen loss for the fiscal year ended March.

On the surface, the company has seen a dramatic rebound. Group net profit came to 55.8 billion yen for the first quarter, up nearly elevenfold from a year earlier, while net revenue gained 22% to 332 billion yen.

Outside of Japan, "every region became profitable," Chief Financial Officer Takumi Kitamura said Wednesday. In the U.S., revenue from the fixed income business rose to the highest level in two and a half years.

Nomura's wholesale segment pulled in 20 billion yen in pretax profit, up from a 7.4 billion yen loss in the year-earlier quarter. The rate and credit trading operations performed strongly in both Europe and Asia.

Nomura's rehabilitation plan, announced in April, was instrumental in lifting overall profit. The company said earnings were not significantly impacted by the information leak scandal, which saw an employee share with investors sensitive data about the Tokyo Stock Exchange's reorganization, resulting in a penalty by the Financial Services Agency in May.

Other brokerages are shrinking their physical presence in the face of slow retail sales. Mitsubishi UFJ Securities Holdings has decided to reduce the number of branches by 11 through a combination of closures and consolidations.

Daiwa Securities, a subsidiary of Daiwa Securities Group, will shutter three Tokyo branches in October. For the remaining 114 branches, 60% will save on real estate costs by vacating the first floors of their locations, which command higher lease payments, and moving to upper floors in nearby buildings.