MUFG Bank decided on Grab tie-up based on 'three surprises'

TOKYO -- The new coronavirus pandemic has fundamentally changed the daily life of people throughout the world. The use of transport services such as taxis is shrinking as people remain indoors, but home delivery of food and other items is gathering steam. Southeast Asia, which is expected to become a center of global economic growth, is no exception.

Staff members in the digital transformation division at Japan's MUFG Bank, which signed a capital and business agreement with Singapore-based multinational ride-sharing company Grab Holdings in February, have been closely watching how such changes are affecting related businesses.

Some months before the announcement of the deal by Hironori Kamezawa, who was then deputy president of the bank and is now president and Group CEO of parent Mitsubishi UFJ Financial Group, members of a team dispatched from the digital transformation division were busy visiting various locations in Jakarta and elsewhere. They were accompanied by executives of Grab, a unicorn, or privately held startup valued at more than $1 billion.

Grab offers a wide range of services based on ride-sharing operations and is enjoying rapid growth on the back of its smartphone "super app." Team members made some purchases at a shopping center where Grab's online payment services are accepted and talked with owners of restaurants serving as bases for its food delivery operation. The activities were part of visits made by the team jointly with Grab executives.

MUFG Bank and Grab set a period of a little more than three months from early October last year as the "first 100 days." They shared confidential corporate information to figure out what was possible through an alliance. 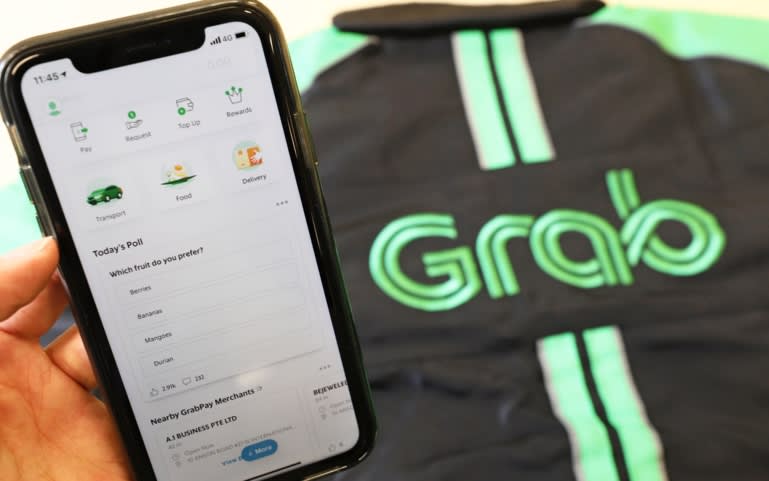 Grab's app has been downloaded to a total of 185 million mobile terminals in eight countries in Southeast Asia. (Photo by Kosaku Mimura)

MUFG Bank had poured approximately 10 billion yen ($100 million) into Grab even before the start of the period. Investing such a large amount at the initial stage of negotiations is extremely rare. Under the agreement ultimately concluded in February, the bank will invest a total of approximately 80 billion yen, inclusive of the first 10 billion, in Grab.

An MUFG Bank executive denied that it made the initial investment last year on the premise of achieving an agreement. While the investment was partially aimed at demonstrating MUFG Bank's earnest stance in negotiations, it more strongly reflected a conservative in-house atmosphere that wished to accurately assess the partner candidate in a business area new to the bank.

So what prompted MUFG Bank to conclude a capital and business alliance with Grab despite such a prudent internal culture?

In short, there were three surprises that impressed bank officials who looked into Grab's operations for the price of the 10-billion yen "entry ticket." They can be best understood from the perspective of what Japanese mega banks aim to achieve in both Southeast Asia and the broader world.

Bank officials were first impressed by Grab's overwhelmingly large customer base in eight countries in Southeast Asia. Its app has been downloaded to 185 million mobile terminals, nearly one-third the region's population.

Parent MUFG also has under its wing Thailand's Bank of Ayudhya and Indonesia's Bank Danamon. The group thinks it can better utilize its capacity for developing financial products by marrying its Southeast Asian units with Grab's huge customer base.

The volume of data backed by Grab's customer numbers is another point. Grab accumulates an enormous amount of information on a daily basis as its services, ranging from ride-sharing to shopping and tourism, are used in various aspects of daily life.

The third factor was Grab's high level of artificial intelligence technology based on such huge data accumulation. While the technology enables Grab to recommend services to users or predict traffic congestion, such a trove of information enables AI engineers demonstrate their ability, such as by advancing anti-cybercrime measures, to enhance the empirical value of the data.

In short, Grab has thus ascended to a point almost beyond the reach of Japanese banks that are reluctant to make active use of personal data.

Of course, Grab is playing on a field -- Southeast Asia -- where new smartphone-based services are readily accepted due to large numbers of young people. And there is plenty of room for financial services to expand as conventional banking services are less widely available than in the U.S., Europe and Japan.

Under such circumstances, therefore, it makes perfect sense to launch financial services in the region through the beachhead of smartphones.

A few years before MUFG Bank and Grab reached their deal, Mizuho Bank was already appreciating the startup's potential to disrupt the financial order and began internal studies on the possibility of forming an alliance.

SoftBank Group, a Mizuho client, has invested in promising startups around the world, including Grab, through its Vision Fund under the leadership of Masayoshi Son, who heads the Japanese multinational conglomerate's holding company as chairman and president. Masayoshi Son, chairman and president of SoftBank Group which has invested in Grab through its Vision Fund. (Photo by Ken Kobayashi)

As a main bank for SoftBank, the MUFG Bank rival checked the Vision Fund's portfolio and found Grab's business model intriguing. Mizuho, which has been trying to expand its presence in Vietnam, Myanmar and the three other "Mekong Five" countries along the Mekong River, chose eventually not to team up with Grab. But the number of multinational businesses seeking to work with it has been steadily increasing in various sectors.

MUFG, by acquiring a stake of nearly 5% in Grab through the 80-billion yen investment, becomes the largest shareholder among financial institutions. But there are many other big shareholders such as the Vision Fund, leading American and Chinese ride-sharing companies Uber Technologies and Didi Chuxing Technology, respectively, and Toyota Motor.

To smoothly and swiftly implement cooperation with Grab, MUFG Bank needs to facilitate communication with Grab President Ming Maa, who has worked at SoftBank and announced the tie-up jointly with Kamezawa and other executives of the Singapore-based unicorn, but also relate well to other major shareholders.

MUFG Bank will be under scrutiny over whether it can take advantage of experiences gained through mergers and acquisitions in the 2010s. After the merger between Mitsubishi Bank and Bank of Tokyo in the 1990s, Bank of Tokyo-Mitsubishi merged with UFJ Bank in the 2000s during which the new MUFG Bank also made a huge investment in leading American financial services company Morgan Stanley. MUFG Bank also acquired Bank of Ayudhya in 2013 and made Bank Danamon into a subsidiary in 2019. 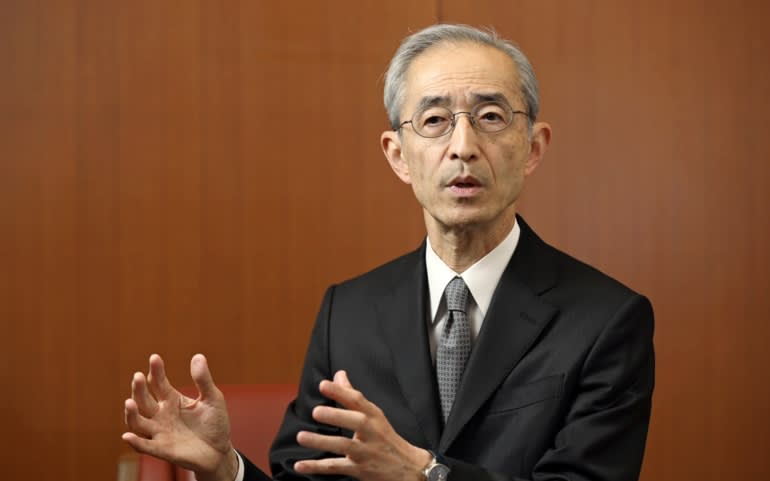 In the U.S. and Europe, a financial institution usually either makes a newly acquired unit into a compliant group member by placing it under strict control or focuses on pursuing profit by treating the acquisition as a pure investment. But MUFG Bank has taken an in-between stance on the acquired Southeast Asian banks.

When it took over Bank of Ayudhya, there were internal calls for managing the Thai bank strictly as a group member. But Hirano brushed them aside. And while MUFG Bank did send a number of Japanese senior officials to Ayudhya, it has resorted to an "uncommon" way of managing the new subsidiary by retaining its core executives and avoiding changes in its business practices beyond necessity.

Yasushi Itagaki, dispatched to Danamon to assume the post of president last autumn, has often repeated the following phrase to local executives and senior officials: "As MUFG Bank has many faces, let us use them well." He hopes local Danamon workers will accept the idea that MUFG Bank is not a mere shareholder but rather a partner that can become a source of shared human resources and networks.

Although Itagaki's effort remains a trial and error process, the approach should contain factors applicable to MUFG Bank's efforts to deepen collaboration with Grab.

The coronavirus pandemic has slowed cross-border traffic of people and goods and brought the globalization of production and distribution to a screeching halt.

Progress in the alliance between MUFG Bank and Grab is intriguing as it will offer clues as to, among other things, how the financial industry business itself will face new developments and changes.