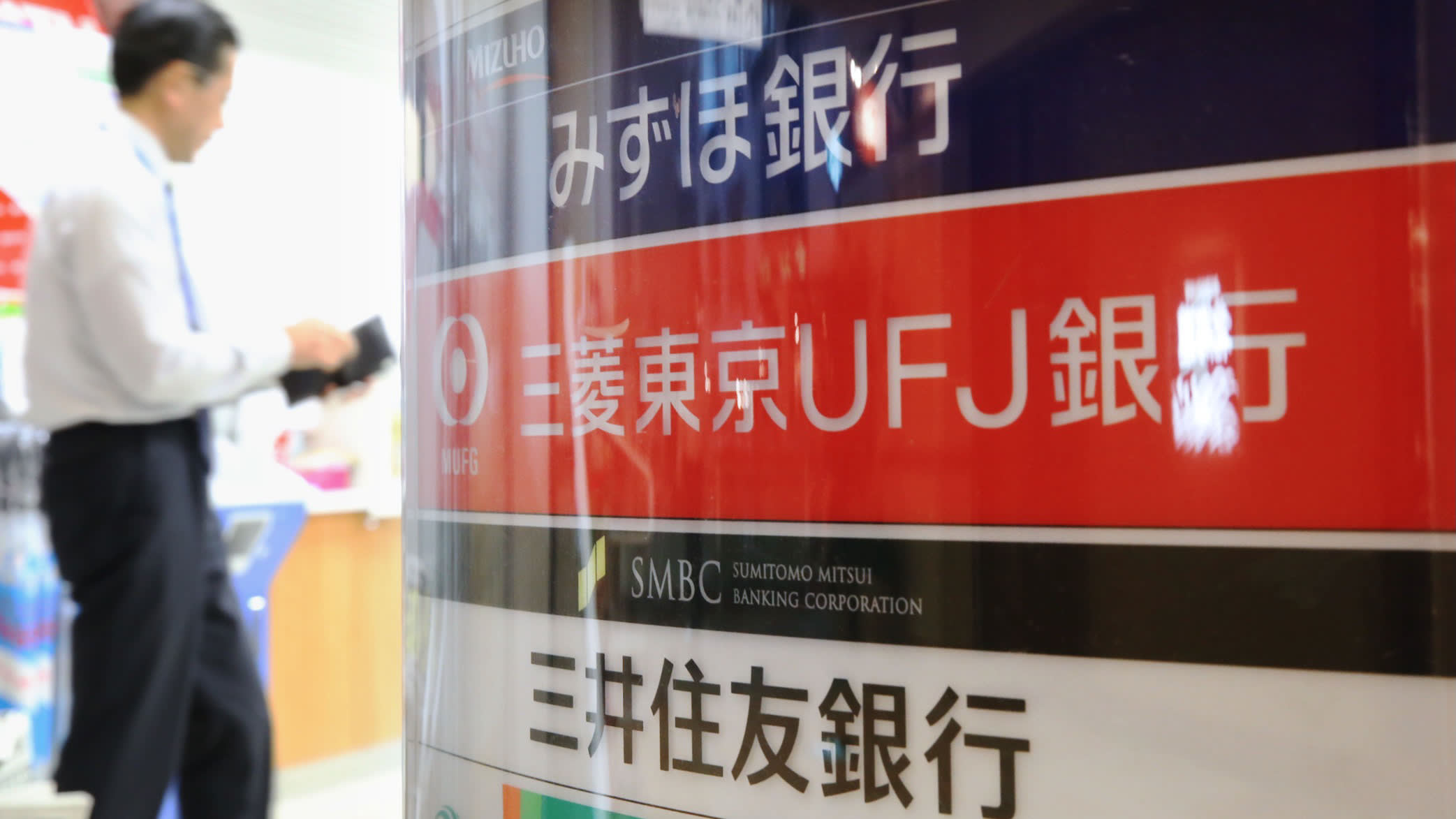 February's introduction of the highly unorthodox policy by the Bank of Japan has had no impact so far on short-term prime rates at Mitsubishi UFJ Financial Group, Sumitomo Mitsui Financial Group and Mizuho Financial Group. The megabanks use them in setting interest rates on many offerings, including variable-rate mortgages and small-business loans.

This marks the first time that the banks have not changed short-term prime rates in response to a rate change by the BOJ.

But there is a good reason short-term prime rates have not gone down this time: Commercial banks have been hurt by the BOJ's decision to unleash negative interest rates.

The Financial Services Agency has run simulations based on its unofficial surveys. The simulations show the megabanks losing 150 billion yen ($1.5 billion) in interest revenue alone under certain scenarios of cutting short-term prime rates -- by 0.1 percentage point at SMFG, 0.2 point across the board at MUFG, and so on.

The three megabanks will need to strengthen their capital bases considerably by the year ending March 2019 to meet new international capital adequacy standards. If they lower short-term prime rates, revenue could decline enough to create problems in their efforts to meet the new requirements. According to the BOJ, 27% of major banks' loans are linked to short-term prime rates. The figure is even higher for regional banks, at 35%.

Some also point out that banks would merely be taking on more loan-loss exposure by lowering short-term prime rates when credit risks associated with business lending remain the same. An increased reluctance on the part of banks to offer loans would create a bigger hurdle to economic growth than in the current environment.

Megabanks, for their part, are in no mood to bow to the pressure from the BOJ's negative-rate policy.

"Even if rates go even more deeply negative, there is a possibility that we may not lower short-term prime rates," an official said.

Nor are regional banks in the mood. "There is no need to cut [short-term prime rates] now," an executive said.

The FSA may want short-term prime rates lowered to aid government efforts to stimulate the economy but seems more concerned about the likely harm to banks.

Many at the BOJ apparently see pressuring commercial banks to lower short-term prime rates as a bad idea, not wanting to weaken the foundation of the Japanese financial system.

"According to our surveys, average contract interest rates have been falling," the official said, arguing that the BOJ's policy is producing a certain level of results.