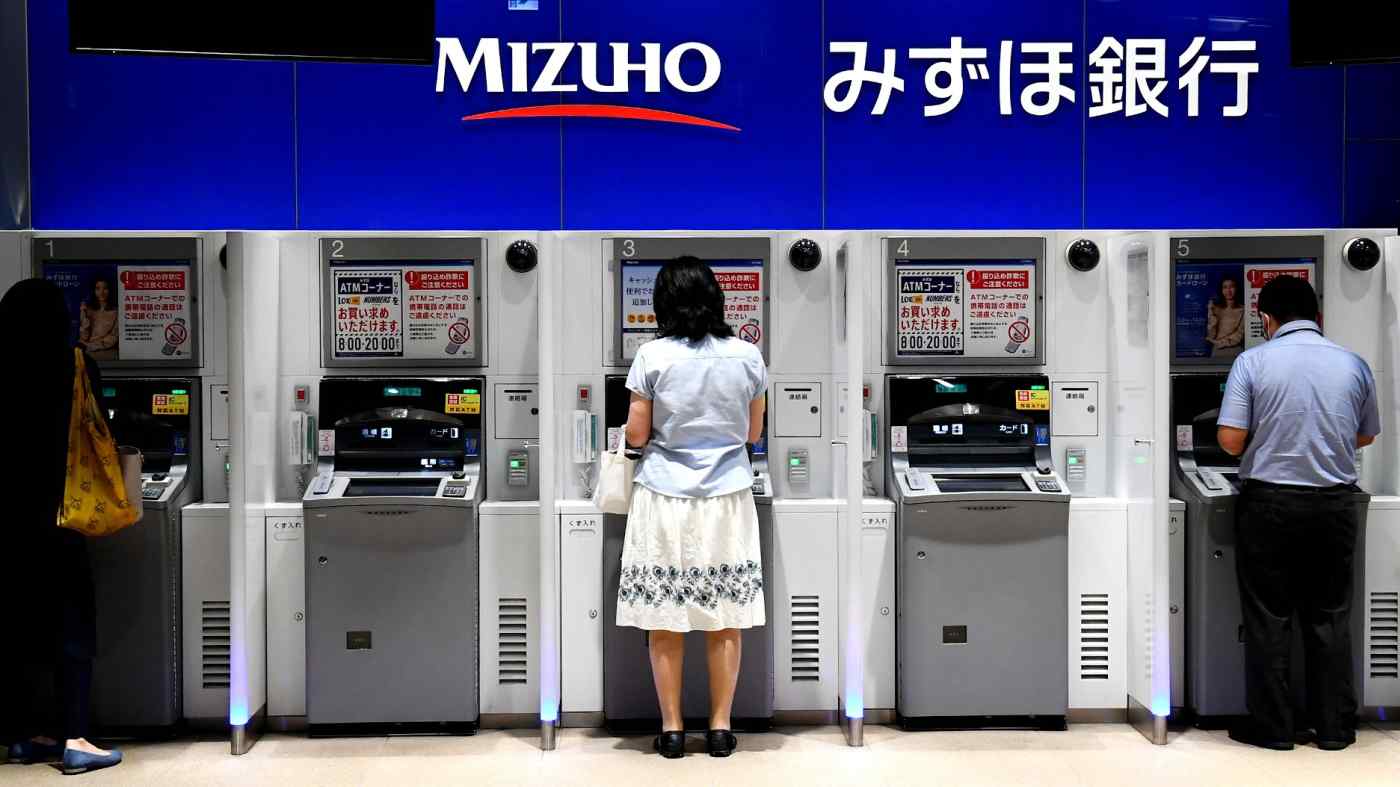 TOKYO -- Japan's financial regulator will oversee Mizuho Financial Group's troubled computer system for the next few months to prevent new crashes, taking an unprecedented step that follows a series of breakdowns at its retail banking unit this year, Nikkei has learned.

The Financial Services Agency is expected to announce the action as early as this week. The FSA informed Mizuho Bank of its plans on Tuesday.

Under the FSA supervision order, the agency will oversee a system inspection and improvements at Mizuho, Japan's third-largest banking group by assets. The initial time frame for the action will last until the end of the year.

The FSA's intervention comes after seven software and hardware failures at Mizuho this year, starting in February when customers were left waiting for hours to recover bank cards swallowed by ATMs. The group has taken its own steps to prevent more disruptions, but officials see the possibility of underlying flaws in the system itself.

While under FSA supervision, Mizuho will be ordered to halt new operations and services that increase the workload on the system. A team assembled by the agency and Mizuho will make inspecting the system its top priority.

Dubbed Minori, Mizuho's banking system was completed in 2019 at a cost of 450 billion yen ($4.12 billion at current rates). If the FSA-led probe finds fundamental flaws, Mizuho could face additional costs.

The bank has been under FSA inspection since the ATM crash in February. The agency had been moving toward issuing a business improvement order in September when a new breakdown occurred in August, followed by another ATM failure this month.

Mizuho has attributed the string of failures to different causes.

Japan's Banking Act gives the FSA authority to order measures necessary for bank supervision, but this power has never been used to oversee system inspections.

The FSA intends to hold judgment on management responsibility for the disruptions until after its diagnosis of the underlying causes.

System troubles have plagued Mizuho since its debut following a merger of three lenders. Mizuho Bank suffered a major disruption in transactions when it opened in 2002. Another widespread ATM breakdown came after the 2011 tsunami in northeastern Japan.