YANGON -- Yoma Group plans to use credit analysis technology to help it vet loan offers to consumers and small businesses, with support from Chinese e-commerce giant Alibaba Group Holdings, as the Myanmar conglomerate looks to tap a market of over 40 million unbanked residents.

The plan is currently in the preliminary discussion stage between the two groups.

The new technology likely includes artificial intelligence to calculate the creditworthiness of consumers and business operators by scrutinizing public utility payments and purchases via the app. Based on those credit scores, Yoma, which has businesses in real estate, retail, health care, automotives among other sectors, will connect applicants with lenders.

Mobile banking apps developed by Alibaba and its rival Tencent Holdings in China have grown rapidly, giving financial access to those who live in rural areas and small business operators that otherwise would not be able to get loans from conventional banks. Only 24% of Myanmar's population have bank accounts, according to data from the International Monetary Fund.

Yoma will incorporate the credit analysis technology into its mobile payment app launched in 2018 to diversify its mobile financial services, under the brand Wave Money, while minimizing risks.

"For the people who currently cannot borrow money because they don't have the credit history or they don't have access to the required documents, Wave Money can provide a channel to get money to those people," Melvyn Pun, CEO of Yoma Strategic Holdings, a core company of the conglomerate, told the Nikkei Asian Review. 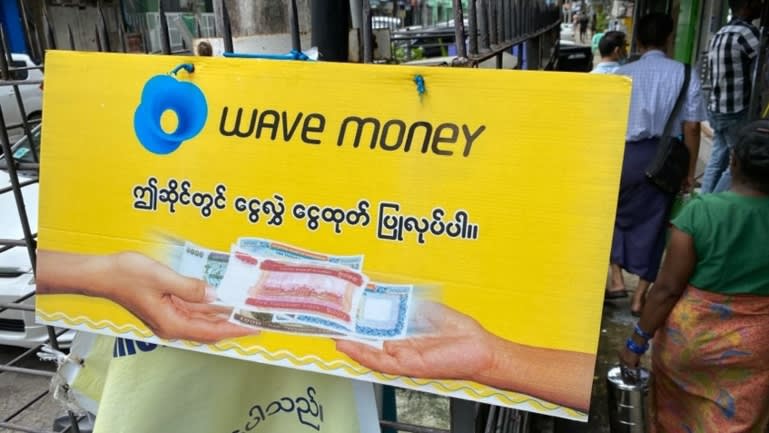 Yoma will use sales data it acquires when consumers use Wave Money to pay for purchases. This data will be analyzed to help generate credit scores of shops as well as consumers. Yoma hopes to increase the number of Wave Money app users roughly by 10 times to 11.2 million or one-fifth the nation's population by 2024.

Yoma launched Wave Money jointly with Telenor, a major Norwegian telecommunications company, as a tool of remittance in 2016. Some 58,000 merchants, mainly small stores in towns and villages, are the transaction point for users to cash in and cash out.

In this next stage of the app's development, Yoma will accept an investment of $73.5 million from Ant Financial Services Group, an affiliate of Alibaba that operates the Alipay online payment platform, in November. In addition, Telenor will sell its stake in Wave Money to Yoma.

Following those transactions, Wave Money will be 67% owned by Yoma and the rest by Ant.

"In China, no one can use cash anymore but people just all use the phone. There are hundreds of millions of loans processed every day and it is very well automated and very much able to match lenders to people who would need to borrow at the right price," Pun said. "This is something what we're looking to do together with Ant to improve [our] financial platform." 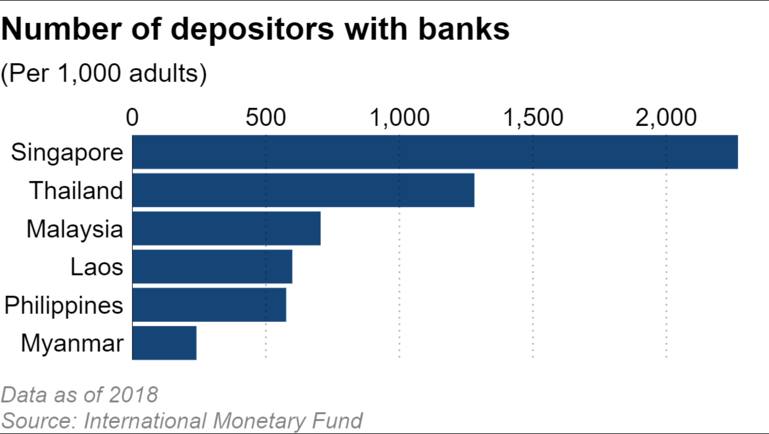 The biggest slice of Yoma's business was real estate development. Given an increase in middle-income consumers in Myanmar, however, it has positioned consumer-oriented businesses as a core area of development and diversified into restaurants, health care, tourism, auto sales and other sectors. The company hopes that Wave Money borrowers will be drawn to its other businesses.

Competition in the e-money market in Myanmar has intensified since 2018 as financial institutions and mobile phone operators entered the fray.

KBZPay offered by KBZ Bank, MPT Money by Myanmar Posts and Telecommunications and eight or so others trail Wave Money. KBZ Pay, which is in partnership with China's Huawei Technologies, facilitated transactions worth 2.8 trillion kyat in 2019, just a year after its launch. Yoma intends to reinforce the leading position of Wave Money as pioneer by offering loans.

The coronavirus outbreak has helped business in this sector, as consumers move away from physical money. Furthermore, the government encourages the use of mobile payments as part of its economic policy.

Payments via Wave Money app in the March-May period when the government imposed restrictions on movements reportedly increased nine times in value from the same period of last year. KBZPay has also logged an 87% increase in peer-to-peer transactions since April.

"The potential benefits of mobile money has been increasingly highlighted during the pandemic," said Claire Cranton, communication director of the GSMA, a London-based industry body representing the interests of mobile network operators worldwide.