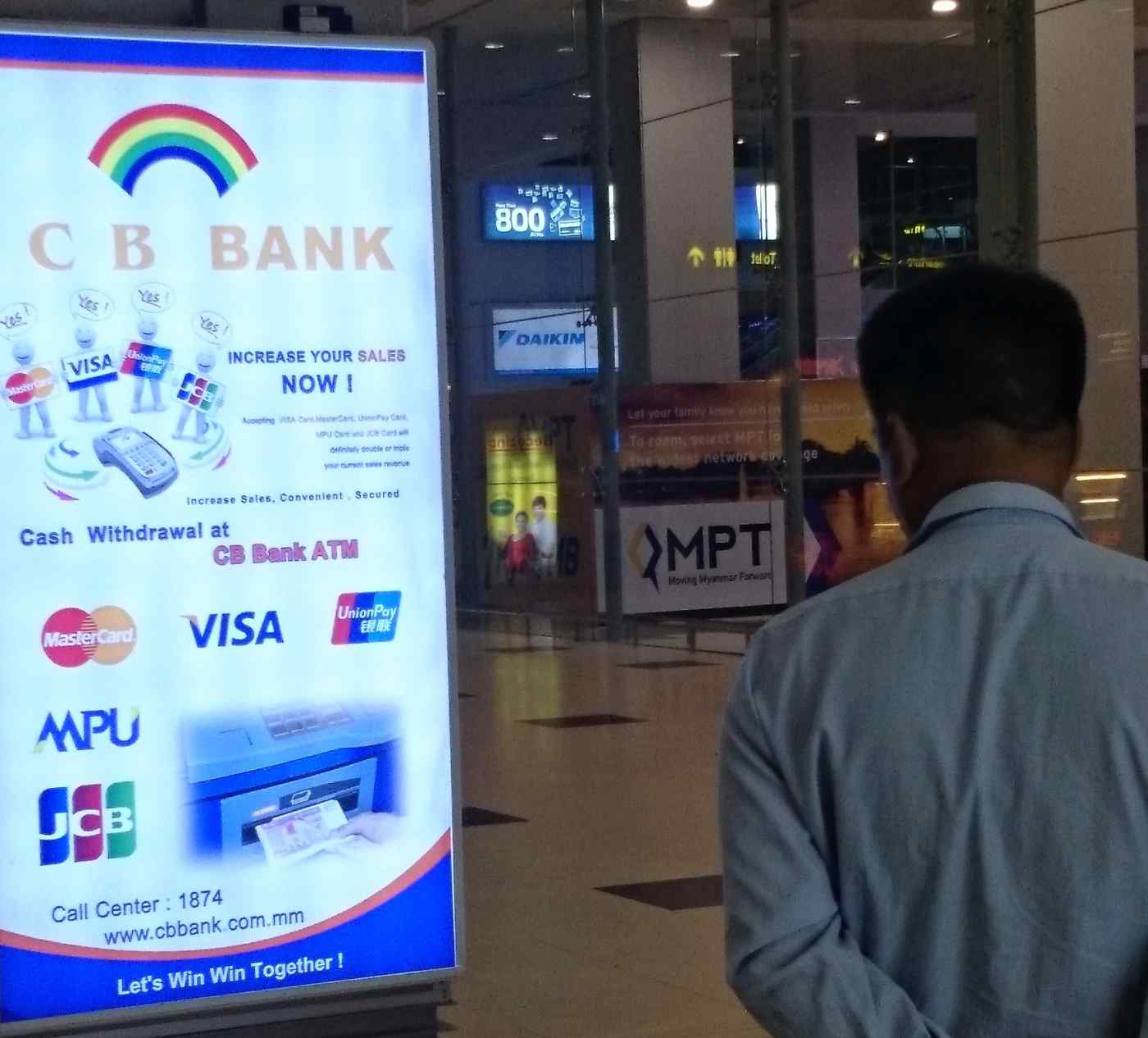 YANGON -- Overseas credit card companies are looking to Myanmar as the country shifts from cash to card payments.

U.S.-based Visa teamed up with Myanmar's Co-operative Bank (CB Bank) on Jan. 17 to issue credit cards with limits of between 4 million kyat and 5 million kyat($2,946 and $3,683). Opening accounts at CB Bank will enable customers to use Visa cards at member stores overseas and at about 7,000 hotels and other locations in Myanmar.

It is the first time Visa will issue credit cards in the Southeast Asian country. Since entering Myanmar in 2012, the American company has issued debit cards and processed payments made with credit cards brought in from abroad.

After the transition to civilian rule began in 2011, the Central Bank of Myanmar and about 20 local banks established Myanmar Payment Union as the national payment network, and banks started issuing debit cards using the system.

Although some domestic banks started issuing credit cards after the central bank eased regulations in 2015, there were many restrictions on usage, such as settlements being limited to domestic companies using the MPU system.

A 57-year-old man who works at an oil company said he now only has a debit card, but he is thinking of getting a Visa card as it will make it easier for him to take advantage of e-commerce, such as online shopping and ticket booking.

Other foreign credit card issuers are also eyeing the market. Last August, Japan's JCB partnered with MPU and Ayeyarwady Bank to issue cards. JCB will use MPU's system in Myanmar and its own system overseas.

Last November, the Japanese company also tied up with CB Bank to begin issuing debit cards. It has started talks with several other banks on credit cards.

Today, credit cards can be used at hotels, upscale restaurants and many other locations in Myanmar. City Mart Holding, the nation's largest retailer, started accepting credit cards at its major supermarkets in 2016. The company plans to enter online shopping in the first half of this year, with credit cards being the major payment method.