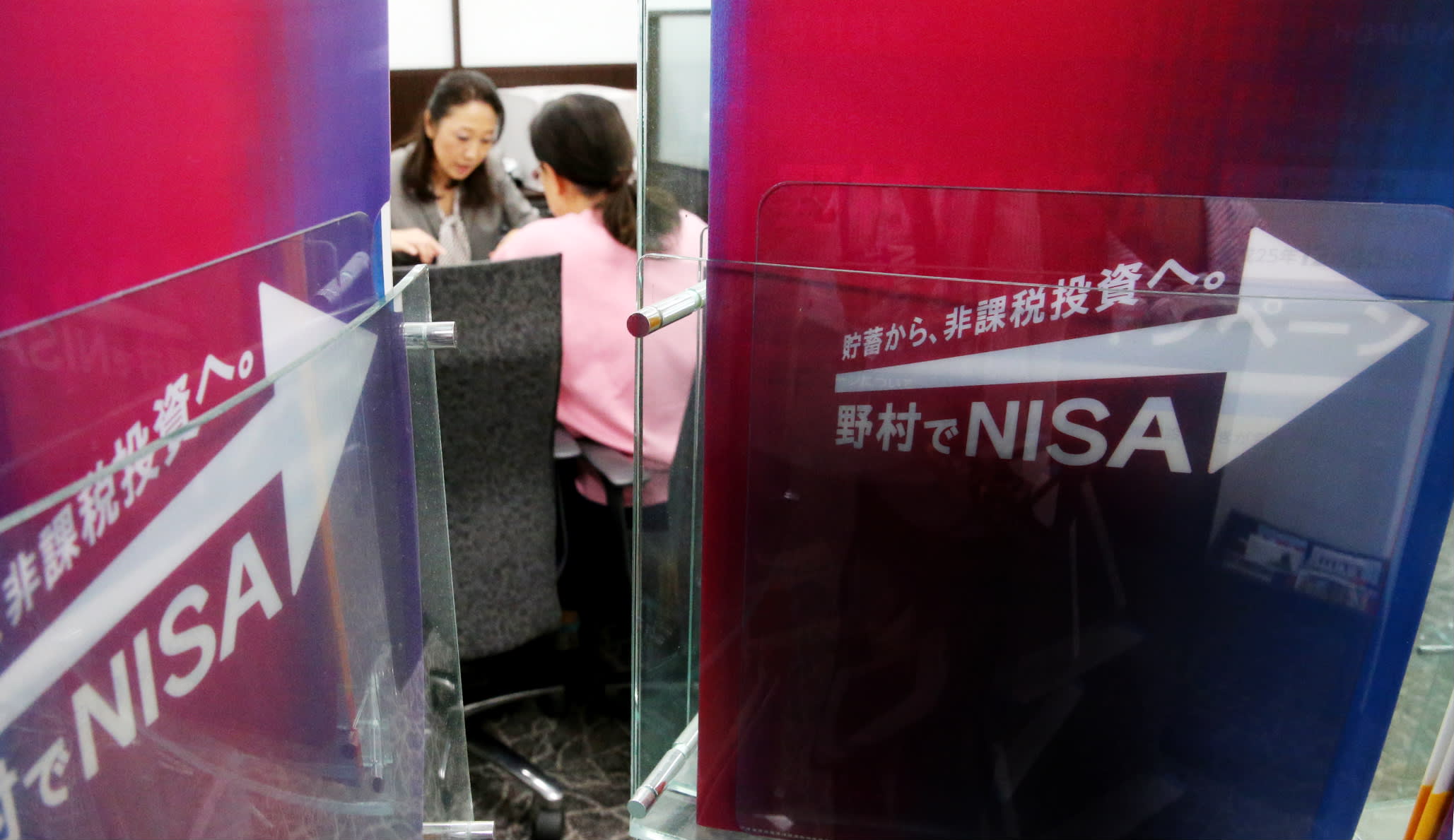 TOKYO -- In the month since NISA tax-free investment accounts debuted in Japan, retail investors have pumped an estimated 300 billion yen ($2.92 billion) into them, many of which are targeted at stocks, according to data obtained from 10 securities firms.

The Nikkei based its estimate on information provided by five major securities companies, including Nomura Securities, and five online brokers such as Matsui Securities.

Under the NISA program, capital gains and dividends from an annual investment of up to 1 million yen are not taxed. At the five major brokerages, average investment per account came to 710,000 yen, while the figure for Internet securities firms was 530,000 yen. Of these, 69% of the account holders chose to invest in stocks.

Overseas investors have stepped up selling of Japanese shares since the start of the year, as they move to reduce risk assets amid worries over declining emerging-economy currencies and other factors. Their net sales totaled 1.16 trillion yen in January, but aggressive buying by domestic retail investors is offsetting the downward pressure from sales by foreigners.