Next MUFG Bank head Hanzawa known to shine in crisis A signboard for MUFG Bank in Tokyo: the group is working to shift its focus on merit than seniority in its top appointments.   © Reuters
SHIKO UEDA, Nikkei staff writerDecember 24, 2020 07:58 JST | Japan
CopyCopied

TOKYO -- The incoming head of MUFG Bank, the core banking unit of one of Japan's megabanks, ascended the corporate ladder quickly by showing he can produce results in difficult situations.

In a highly unusual move for the nation's seniority-focused banking industry, Mitsubishi UFJ Financial Group has finalized its decision to appoint Junichi Hanzawa as president of the banking unit over 13 higher-ranking executives.

The group has been focusing recently on promoting promising, younger talent like Hanzawa, who is expected to be announced as MUFG Bank's next president as early as Thursday. But the 55-year-old managing executive officer could face a difficult road ahead, as the group grapples with a slowdown in its retail operations at home and setbacks to its aggressive expansion drive abroad.

Hanzawa joined MUFG Bank, then called Mitsubishi Bank, following his graduation from the University of Tokyo in 1988. He kicked off his career at the Oji branch in Tokyo, and quickly won a spot on the elite track.

In his fourth year, Hanzawa was sent on secondment to the Finance Ministry, where he learned how to negotiate with bureaucrats and politicians through his work on official development assistance. Since then, he has spent almost all of his time at the planning department, a core team that evaluates the bank's operations as a whole and maps out new strategies for growth.

"He listens to you first, then shows you the shortest path toward a solution," one of his former staffers said. Past co-workers all praised him for his ability to make balanced decisions based on the big picture, as well as inspiring action in those around him. 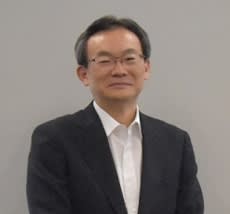 In 2010, Hanzawa was appointed head of MUFG's Senju Chuo branch in Tokyo. He was just getting reacclimated to a more sales-oriented role through his dealings with old-town business owners when he was summoned back to headquarters in 2011. There, he was placed in charge of the team responsible for the bank's duties in leading the Japanese Bankers Association.

The head of Mizuho Bank was supposed to serve as chair of the JBA that year. But due to a massive system outage there, the association called on then-Bank of Tokyo-Mitsubishi UFJ at the last minute to take over instead.

"Hanzawa shines in a crisis," one MUFG executive said. His current role as chief compliance officer was also thrust upon him out of the blue in 2019, as part of the bank's efforts to bolster its compliance framework overseas to meet tougher restrictions. He had just been put in charge of sales in Nagoya the year before.

Despite his gentle mannerisms, Hanzawa is known for taking decisive action when necessary. He mediated delicate negotiations to transfer Mitsubishi UFJ Trust & Banking's corporate loan-related operations, which the unit considered a point of pride, to Bank of Tokyo-Mitsubishi UFJ in 2017.

His knack for seeing the bigger picture goes back to his time at Urawa High School, where he was a member of the highly competitive rowing team. "He was always smiling and listening," a former classmate said, adding that Hanzawa at the time was not really the type to actively take a leading role.