No bitterness: Chinese company raises $500m in US despite Luckin 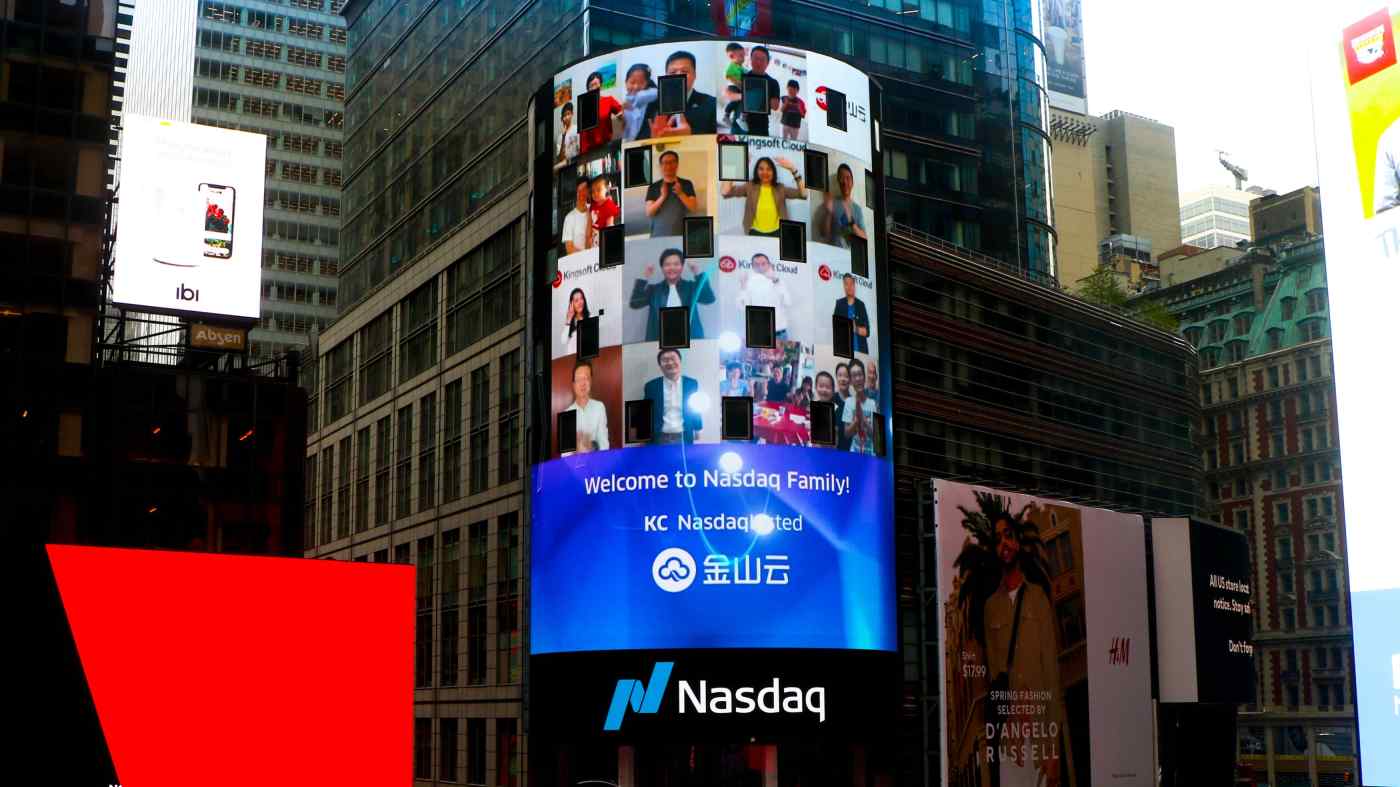 NEW YORK -- The first major Chinese company to go public in the U.S. since the Luckin Coffee accounting scandal debuted with a pop on Friday, delivering a shot of comfort to those anxiously watching for any fallout on investor appetite toward the country's high-growth businesses.

Kingsoft Cloud Holdings, a cloud service provider backed by China's Xiaomi, the world's fourth-largest smartphone maker, closed its first day of trading on Nasdaq at $23.84, 40.24% higher than its initial public offering price at $17.00. It raised $510 million in the IPO.

The listing of the loss-making company came on the heels of a series of accounting scandals involving Chinese companies trading on U.S. exchanges, led by Nasdaq-listed Luckin, which disclosed last month that its senior executives faked some $310 million in sales in 2019. The coffee chain lost over 80% of its market value before halting trading days after it announced the internal probe.

These financial irregularities are feared to have further diminished investor confidence in Chinese companies at a moment of increasing strain in U.S.-China relations, exacerbated by feuds around the coronavirus pandemic.

The new-shares market has also been scarred by WeWork's failed listing attempt last year after investors raised questions about the coworking space's ability to ever turn a profit, as well as underwhelming performance of high-profile tech companies like Uber and Lyft.

Kingsoft Cloud's market debut was closely watched not only by investors, financiers and Chinese startups hoping to access the U.S. capital market, but also those in Washington, as "Luckin-gate" renewed concerns over American regulators' inability to audit in companies in China.

The Public Company Accounting Oversight Board (PCAOB), a U.S. watchdog, has repeatedly complained of Beijing's denial of access to public companies based on the mainland.

"Didn't last month's Luckin Coffee scandal show us why no new listings from #China should be allowed until US regulators can inspect the books of all firms who wish to be traded on our exchanges?" Rubio said in a tweet.

China's regulators have also been compelled to step in, saying it is working with the SEC to investigate Luckin and looks to further strengthen its cooperation with PCAOB.

While Kingsoft Cloud is burning through cash in search for growth, the ratio of its growth rate relative to cash flow margin is higher than most software-as-a-service peers, noted Arun George, an analyst at Global Equity Research who publishes on investment research network SmartKarma.

"Kingsoft Cloud's fundamentals tick all the right boxes and, subject to valuation, may be the IPO to rebuild sentiment towards Chinese ADR IPOs, in our view," George wrote.