While these funds are growing, some experts warn that the soaring prices of corporate acquisitions reflects overheating in the market due to the global money glut.

Major investment funds have raised record amounts this year, such as the $24.6 billion by Apollo Global Management for its Global Fund and the $9.3 billion by another major American, Kohlberg Kravis Roberts, for investment in Asia. The Carlyle Group, also of the U.S., is reportedly raising funds for Asian investments.

The total amount raised by investment funds in the first half of 2017 came to $220 billion, the largest since 2008, according to research firm Preqin. 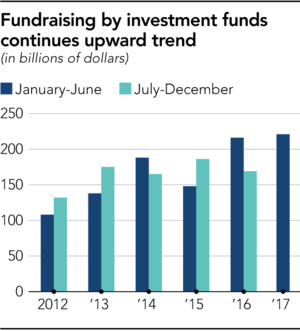 Institutional investors worldwide farm out portions of their asset management responsibilities to those funds with a track record of double-digit returns over recent years.

Corporate acquisitions require different skills than managing assets through traditional means, such as investing in listed stocks and bonds. Recognizing the difference, sovereign wealth funds of countries such as Norway and Kuwait, as well as American and European pension funds, label use of these investment funds as "alternative assets," separate from stocks and bonds.

Private equity account for 8% of the portfolio of the California Public Employees' Retirement System, or CalPERS. Returns from CalPERS's private equity investment averaged 13.9% in the year from July 2016, the second highest rate in the portfolio after public equity, which returned 19.7%.

University of Texas Investment Management Company has raised the ratio of assets managed by investment funds to 40%.

Alternative assets account for only 0.1% of assets managed by Japan's Government Pension Investment Fund, the largest such fund in the world. However, Japan Post Bank and regional Japanese banks are turning to investment funds as continued low interest rates have made these institutions recognize the limits of investing in bonds.

Japanese private equity firms, such as Integral and Polaris Capital Group, have set up funds by raising tens of billions of yen.

Corporate mergers and acquisitions are growing larger in scale worldwide along with an increase in the availability of funds for them. The trend is also noticeable in Japan, where major companies are increasingly selling subsidiaries. U.S. investment fund Bain Capital is leading a consortium of Japanese, American and South Korean concerns to buy Toshiba's memory chip unit for 2 trillion yen ($17.74 billion).

The value of M&As by these funds is increasing worldwide, expanding 20% year-on-year to $260 billion, research firm DeaLogic reported. Although the actual number of acquisitions decreased, the value of each increased.

Recently however, negatives surrounding this surge of investment funds have surfaced. 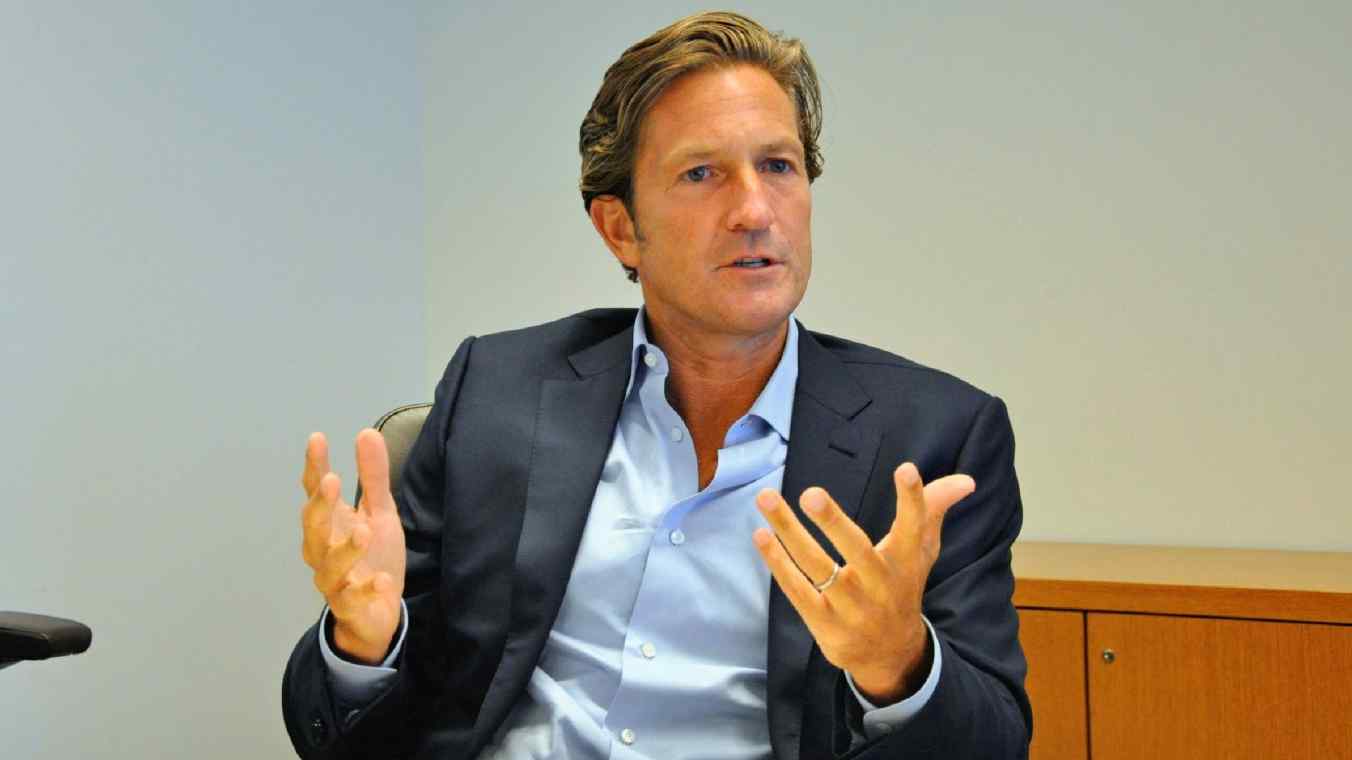 Panasonic to speed up M&A activity in Europe

The EV/EBITDA ratio -- which indicates a company's enterprise value to its earnings before interest, taxes, depreciation and amortization -- is often used to guide M&A decisions. The ratio for acquisitions by investment funds in the U.S. stood at around 14 in the first half of 2017, the highest in 10 years due to increased competition that is driving prices up.

"There is a growing trend toward [using] bank loans for acquisitions and seeking higher returns on investments," said a senior official at an investment fund.

Profits are larger if an M&A can be swung using loaned money. But the many highly leveraged purchases by investments funds between 2005 and 2007 turned into huge losses in the wake of the global financial crisis.

Although attractive for their high returns, investment funds locked into M&As means investors cannot quickly get at their money. Skepticism has also arisen about how much longer the high returns will continue.