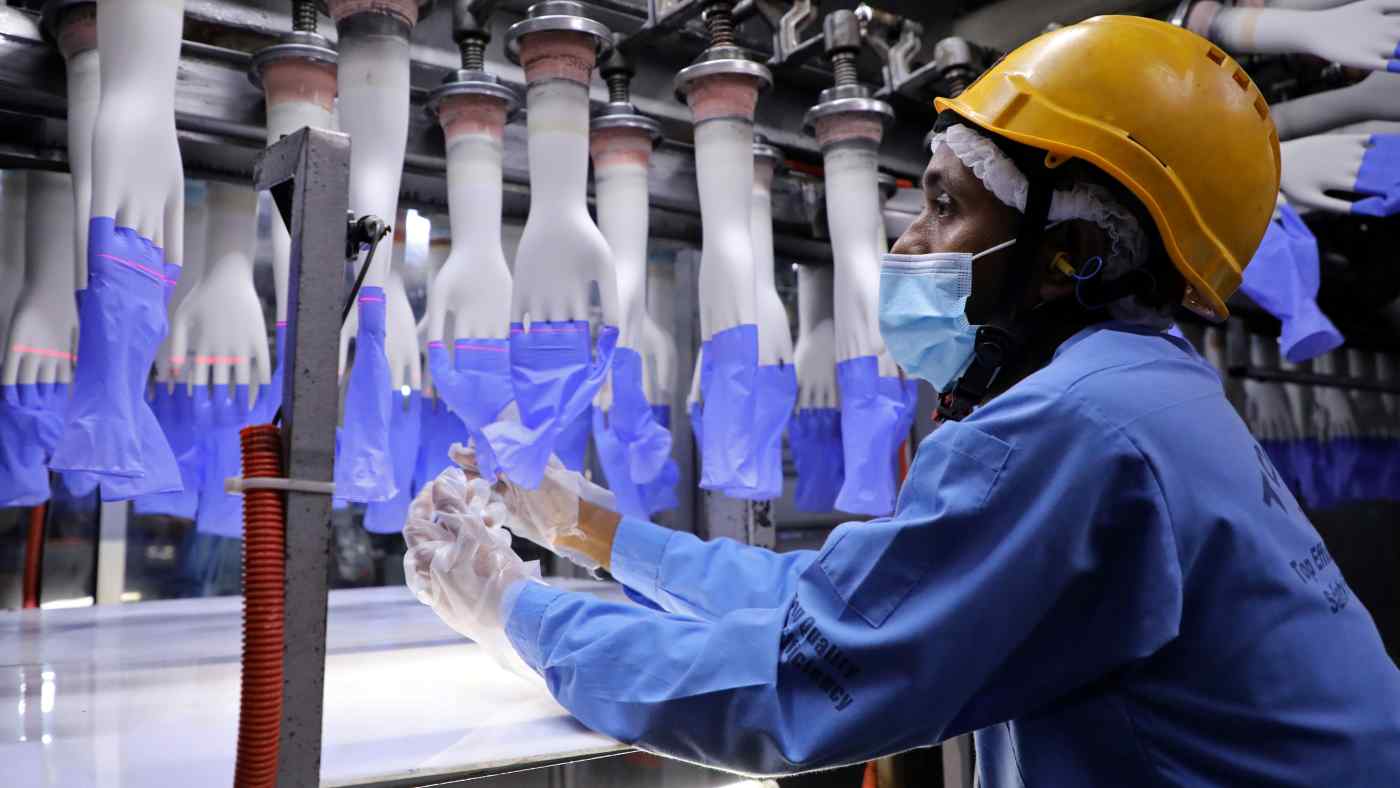 NEW YORK -- The GameStop trading bonanza in the U.S. has inspired some Malaysian retail investors to orchestrate their own collective bet on Top Glove, giving the widely-shorted rubber product manufacturer an instant boost.

The Reddit group Bursabets, named after Malaysia's stock exchange, emerged on Thursday and has since attracted over 8,000 members. Top Glove, which is also traded in the U.S. in the form of American Depositary Shares, is up 9% in Friday trading in New York.

Describing itself as "inspired by" WallStreetBets, the 6-million-strong Reddit community that pushed up GameStop's stock 16-fold year to date against Wall Street short sellers, Bursabets zeroed in on Top Glove after circulating information on net short positions on the Malaysian stock market.

As of Wednesday, Top Glove's short position was close to 3% of its float, the highest of all Malaysian stocks according to Bursa disclosures, while short positions made up 140% of GameStop's shares.

Top Glove enjoyed a big rally in 2020 due to surging demand for gloves as countries scrambled to procure protective gear amid the COVID-19 pandemic. But the shares have been trending down since November in part on the development of effective vaccines. 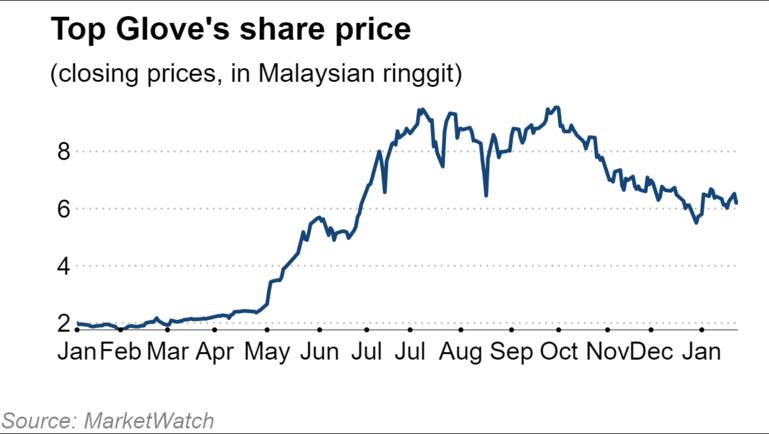 In a Thursday online poll posted by a Bursabets moderator, Top Glove received some 60% of the votes to become the group's first target. AirAsia came in second with close to 20% of the votes.

Alarmed by the developments, the Securities Commission Malaysia and Bursa Malaysia issued a joint statement Friday, saying they are "closely monitoring the local stock market."

"Malaysian investors are advised to be cautious of social media chatrooms that try to influence investors to buy or sell certain stocks based on speculation or rumors," they warned.

Malaysia saw a surge of trading by retail investors in 2020, helping the country's stock market rebound from a pandemic downturn.

"We are happy to have the retail investors back and in the market," the country's Securities Commission Executive Chairman Syed Zaid Albar said in a Bloomberg Television interview in July. "At the moment, what we can say is that it is helping the activities and vibrancy of the market."

But many users on Bursabets also appear to share the WallStreetBets community's grievances against the financial establishment.

"The retailers here (like in most other countries) are a maligned lot, often at the mercy of market manipulators," investment banks, analysts, "and sometimes even the regulators themselves," one user complained.

In the U.S., regulators have been scrambling to find the appropriate response to the GameStop saga, described by some as a "train wreck" that will hurt those who end up holding the bag, but hailed by others as a "revolution" where retail investors take on Wall Street hedge funds.