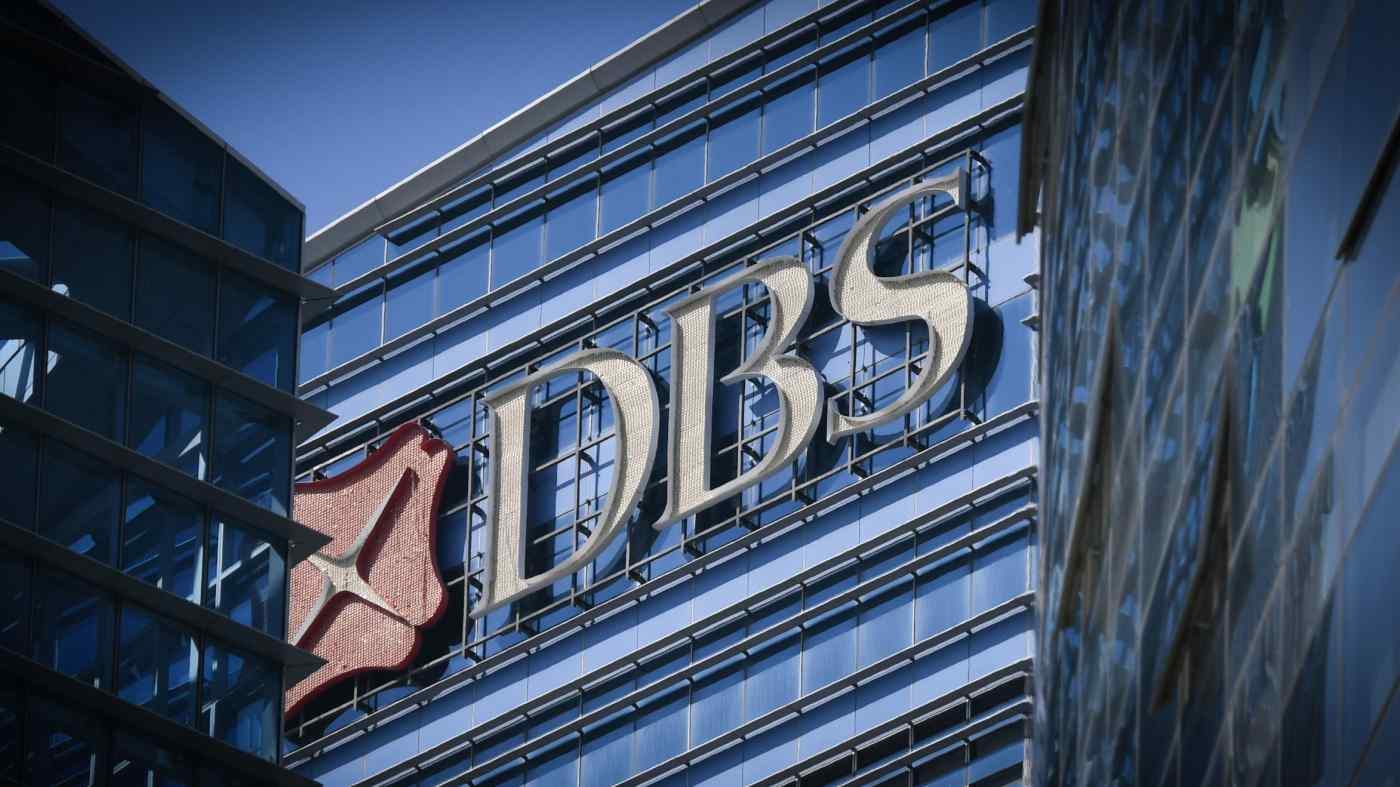 SINGAPORE -- DBS Group Holdings, Southeast Asia's largest bank, has reported a record profit for 2021 even as it earned a rebuke from the city-state's financial regulator over an outage of its digital services last year.

The country's biggest local lender said on Monday it logged a net profit of 6.8 billion Singapore dollars ($5 billion) last year, up 44% from 2020, adding that it was experiencing "a trend of consecutively higher earnings" as disruption from the COVID-19 pandemic eases.

Net profit for October-December alone stood at SG$1.4 billion, a 37% jump on the year.

CEO Piyush Gupta pointed to robust growth in his company's loan book, along with "solid" and "spectacular" growth of 15% in fee-generated income on upbeat results from units like wealth management, which spoke to a recovering economic environment.

DBS' nonperforming loan rate in the fourth quarter declined to 1.3% from 1.5% in the previous quarter. NPL ratios -- calculated as the proportion of defaults to the overall sum that a financial institution has lent -- are considered an indicator of the soundness of a bank's loan book.

The figure shows that the Singapore lender has managed to push back bad debts from the COVID-19 downturn, a further sign that recovery from the health crisis is holding up.

"It is quite clear that from a financial strategy and business standpoint, this is probably the best performance we have had in certainly the entire of the last decade," Gupta said during a briefing on Monday, as he described overall results.

Hot on the heels of its fourth-quarter financial performance, the lender in January announced the buyout of Citigroup's consumer banking businesses in Taiwan as it looked to court the island's wealthy residents.

The acquisition of the American financial institution's assets further expands DBS' reach outside Singapore. It took over ailing lender Lakshmi Vilas Bank in India in 2020 and obtained approval from regulators to take a 13% stake in China's Shenzhen Rural Commercial Bank Corporation last year.

But even as the lender rebounds from the coronavirus health crisis and expands, it has grappled with changing into a more digitally focused business to compete with new virtual-only banks looming on the horizon.

DBS, which has poured millions into upgrading its online services -- and in recent years boasted of besting international rivals Bank of America and HSBC to bag the 'World's Best Digital Bank' awards -- suffered a major outage last November.

Issues with the lenders' servers disrupted online banking services for two days, including a platform for online fund transfers.

It was the bank's worst outage in more than a decade, even as the lender booked its best numbers for the last 10 years. Last week, the Monetary Authority of Singapore, the city-state's central bank, rapped DBS for the outage.

MAS required the bank to set aside an additional SG$930 million in capital to guard against operational risks. MAS noted "deficiencies" in the lenders' incident management and recovery procedures.

The regulator directed DBS to appoint an independent expert to conduct a comprehensive review of the incident, including the bank's recovery actions. The review is also required to consider how to prevent similar incidents in the future.

"MAS requires financial institutions to have robust controls and processes," Marcus Lim, assistant managing director for banking and insurance at MAS, said in a statement. "MAS will take appropriate supervisory action against any financial institution that falls short of our regulatory expectations."

These players are in the midst of setting up so-called neobanks that cater to consumers fully online, and pose a challenge to incumbent financial institutions in Singapore like DBS. Banking services from the new entrants are expected to take off this year.

On Monday, the CEO of DBS pledged to take the outage of its digital banking services, which lasted close to 40 hours, seriously. "We have learned a lot from the reviews, and it's principally around our incidence management and our recovery process," Gupta said.

"We apologize to our customers, you have a right to expect more from us," he added. "The reality is people are used to the convenience of banking digitally and if you can't get digital access, then that's certainly unacceptable."