Plan driven by two players with ties that go back years TOKYO -- SoftBank Group wants to attract money from individual investors to its faltering Vision Fund, but the hope is unlikely to be realized anytime soon because of strong headwinds facing the Japanese technology conglomerate. Still, that challenge is not stopping Japan's top securities company Nomura Holdings from secretly discussing the matter with SoftBank's management team in preparation for the eventual return of a more positive environment.

The Vision Fund, a $100 billion investment vehicle partly financed by Saudi Arabia's sovereign wealth fund, has been performing poorly recently as the earnings of many of the companies it invests in have worsened. It once flew high, with investment return standing at 29% in March 2019. But it tumbled to minus 1% in March this year.

That has forced SoftBank to reconsider its plan for a Vision Fund 2 as there is no immediate prospect of attracting new investors. But opportunities will return if the global economy recovers quickly from its sharp slowdown. When that happens, startups will be given a new lease on life.

Japanese individuals, who mostly keep their financial assets deposited in banks, are potential investors and they have never had a vehicle that allows them to invest directly in unicorn companies around the world. SoftBank and Nomura think that there is at least some possibility for such a framework to be created.

SoftBank has made full use of capital markets to achieve growth, and financial institutions have been instrumental in the process. A Pepper robot, manufactured by SoftBank Group, demonstrates how to check-in at a hotel in Tokyo. The tech investor wants to attract Japan's retail investors to its Vision Fund.   © Reuters

The group has paid roughly 150 billion yen ($1.4 billion) to financial institutions' investment banking operations such as underwriting bond issuance and giving advice on mergers and acquisitions over the past five years. The amount is said to be one of the largest in the world.

While the Vision Fund must freeze big investment projects for some time, SoftBank plans to generate 4.5 trillion yen through liquidating and selling assets. On June 23, it announced that it is selling its stake in U.S. telecom company T-Mobile, which had been positioned in the a group as an equity method affiliate. Based on the market price, the sale is expected to rake in up to $20 billion.

No matter whether SoftBank takes offensive or a defensive moves, a massive volume of money is involved. It's only natural that financial companies around the world have their eyes glued on the group's every move.

SoftBank has long been known for its close ties with Japan's Mizuho Financial Group. Still, it is Nomura that has earned the highest commissions for investment banking operations from the group over the past five years.

Much of Nomura's haul came from the initial public offering of SoftBank Group's mobile unit SoftBank Corp. in December 2018. Mizuho was among the underwriters, but Nomura got the largest share. According to financial market data provider Refinitiv, Nomura earned $123 million in the IPO.

Nomura far outpaces rivals in the number of Japanese individual and institutional customers it boasts. The SoftBank IPO was the second largest stock market debut in history after Chinese e-commerce giant Alibaba Group's listing in the United States. There was little opposition within SoftBank Group in making Nomura the lead underwriter. 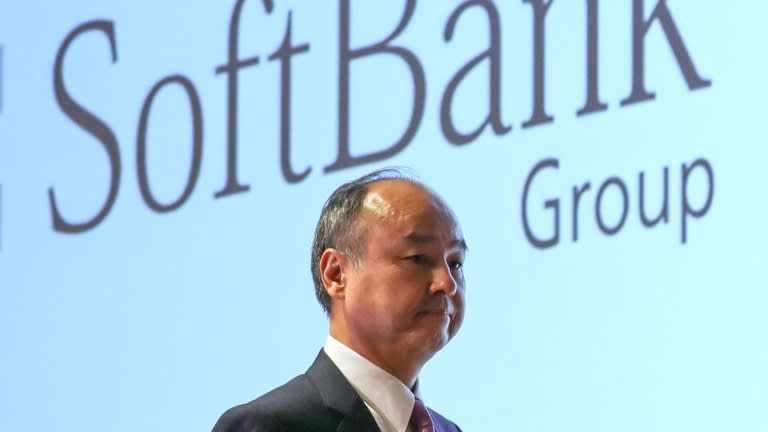 For the time being, the group will remain on the defensive, forgoing leverage borrowing. Thus, while it works to streamline assets, the Vision Fund will halt new investment.

But once SoftBank is out of the woods and starts preparations to launch a new fund, individual investors will be the key. That means Nomura, with its large customer base, will once again be on the front line.

Nomura Group Chief Executive Officer Kentaro Okuda, who took office in April, and SoftBank Group Board Director and Chief Financial Officer Yoshimitsu Goto have known each other for years. They are around the same age and their respective alma maters -- Urawa High School for Okuda and Shonan High School for Goto -- hold regular sports and other exchanges. As an investment banker at Nomura, Okuda was involved in SoftBank's issuance of convertible bonds in 2003 and 300-billion-yen in corporate bonds for individual investors in 2013.

The two leaders are said to have started discussing a second Vision Fund even when SoftBank was considering the first one.

But these ambitions are not easy to make happen. A key roadblock is that Japan imposes high taxes on the trading of financial products. Domestic investors would feel at a disadvantage to large-lot players who can directly invest in a foreign-registered Vision Fund with low tax rates.

A SoftBank executive says developing appealing products is essential to attract Japanese individual investors. Therefore, Nomura has no intention to cut a deal unless the fund can offer it something good.

Financial institutions have been beneficiaries of the group's huge financing operations and investments, but it has also on occasion tossed them about. SoftBank will continue to be a source of gut checks for institutions that do business in the capital markets.