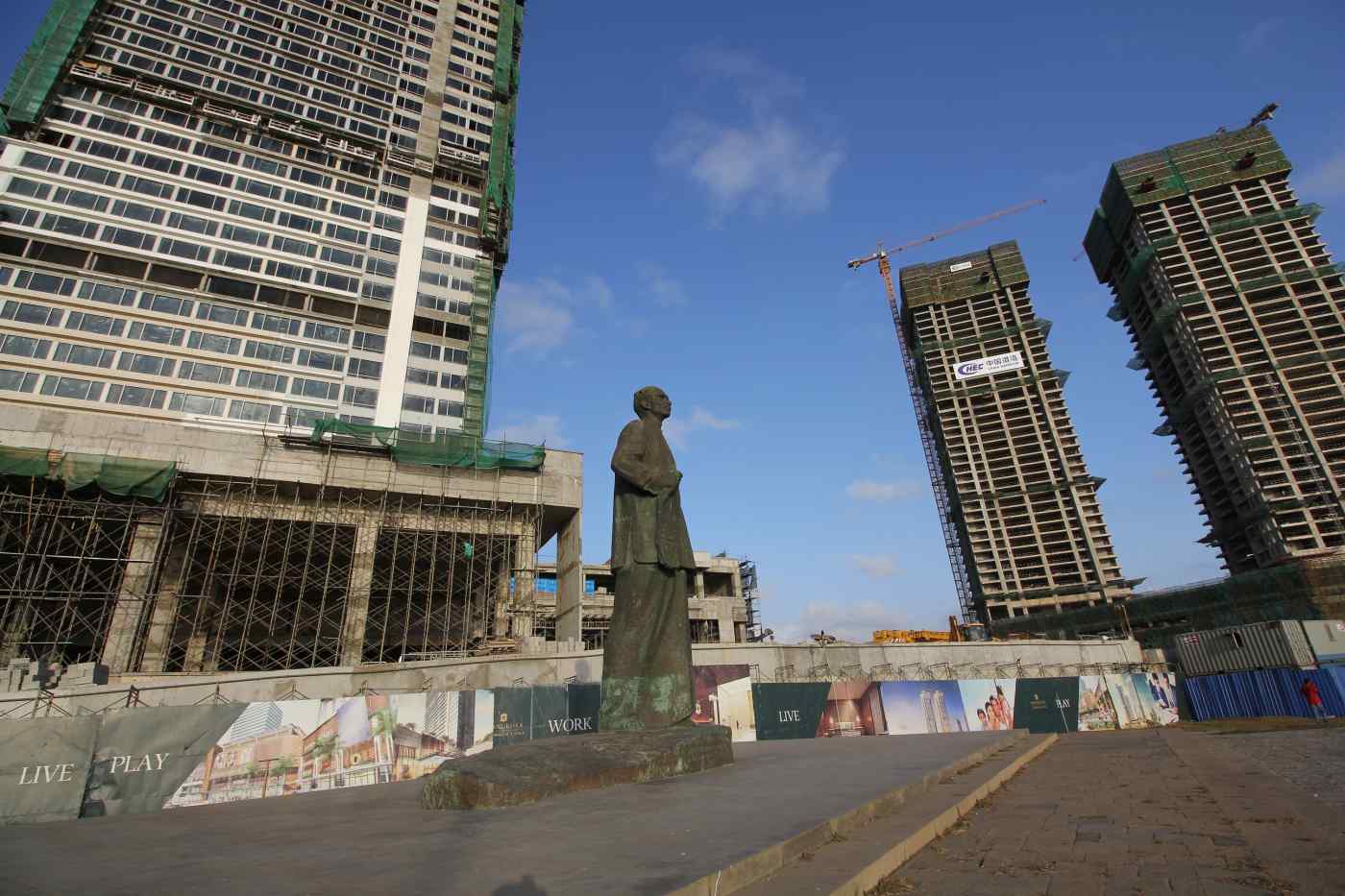 HAMBANTOTA, Sri Lanka A South Korean ship unloads its cargo of cars at the Hambantota port, the only sign of life at Sri Lanka's newest harbor on its southern coast. The rest of this $1.4 billion port, built with a loan from the Export-Import Bank of China, sits idle. Weeds are spreading and visitors to the port's administrative offices must tiptoe around feral dogs.

Emptiness has dogged the port since it opened in 2012. Only a handful of car carriers drop anchor each week. The ruling coalition government, led by President Maithripala Sirisena, says the port is a "white elephant" left by the previous regime, led by the autocratic former President Mahinda Rajapaksa. Mounting operating losses, estimated at $235 million, deepen the impression that the Magampura Mahinda Rajapaksa Port was a Rajapaksa vanity project.