More than 40 companies set to apply for five slots by Dec. 31 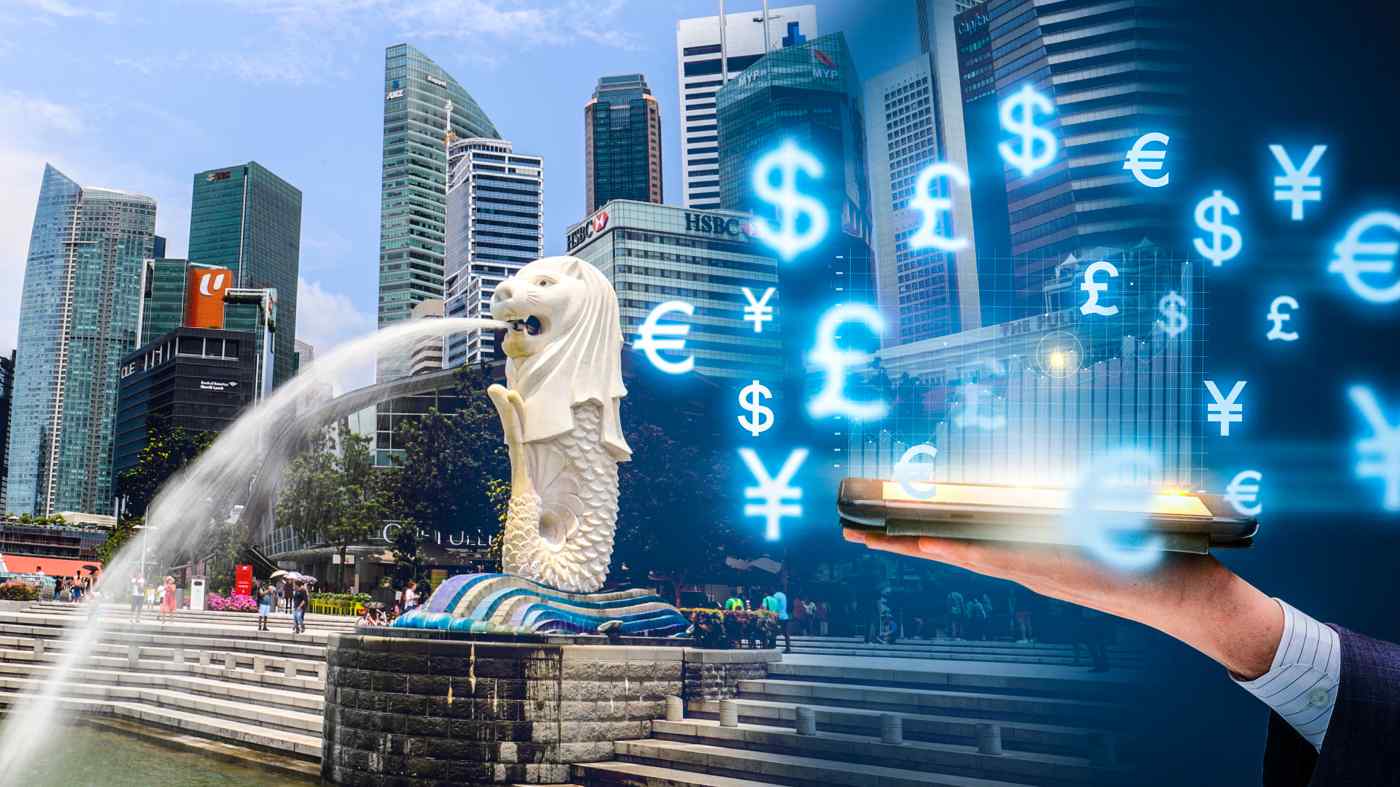 Singapore's central bank hopes that a group of tech-savvy new entrants will be able to carve a niche among the country's 150 deposit-taking institutions with a total asset size of $2 trillion. (Nikkei Montage)
DYLAN LOH, Nikkei staff writerNovember 19, 2019 14:15 JSTUpdated on November 19, 2019 14:40 JST | Singapore
CopyCopied

SINGAPORE -- A wide array of tech-savvy startups are lining up to apply for Singapore's first batch of digital banking licenses as the global financial hub strives to encourage a new wave of technological innovation.

"In terms of how -- which partner or which consortium, we haven't decided," FOMO Pay co-founder Zack Yang told the Nikkei Asian Review. "This is yet to be confirmed due to market competition -- it is changing every single week."

Yang, who estimates that around 20 different consortia involving at least 40 companies will meet the end-of-year deadline to apply for the two full digital bank licenses and three wholesale digital licenses on offer, said that FOMO Pay will apply for both types of license.

As the world's tech giants including Google and Alibaba step closer to offering full-service banking, Singapore hopes that digital only banks will be able to combine advanced technology and improved data analytics to reach underserved segments of the market that differentiates them from existing banks.

And while the new banks are unlikely to challenge established players such as DBS Group, Oversea-Chinese Banking Corp and United Overseas Bank, ratings agency Moody's has said that they will be able to peel away customers from the plethora of smaller foreign banks who do not have the necessary resources to compete against tech-savvy new entrants.

Full digital bank license applicants must be headquartered in Singapore, and the company must be majority controlled by Singapore nationals, meaning that overseas fintechs from will have to find local partners if they want to enter Singapore's retail market.

Shailesh Naik, CEO of MatchMove -- another digital payments player that is considering throwing its hat into the ring -- told Nikkei that MatchMove was already "acting like a bank" in many ways, putting the company in an ideal position to apply for a wholesale digital banking permit.

"We do have advanced discussions with two or three very well-known organizations, and should those negotiations go successfully, then there's a high chance that we will apply also for the full banking license," said Naik.

MatchMove recently acquired a strategic stake in peer-to-peer lender MoolahSense, a move that will help build its capabilities for financing small and medium-sized enterprises.

And despite Singapore's position as a global financial center, Naik said the country still has pockets of "unhappy" customers who are not having all their needs met by incumbent banks.

One example, said Naik, was the gig economy, where people are paid separately for completing individual tasks and do not have access to the full range of credit facilities offered by financial institutions, whom MatchMove would target if they succeeded in winning a banking license.

Kelvin Teo, co-founder of business-financing platform Funding Societies, which offers peer-to-peer lending solutions for small enterprises across Southeast Asia, told Nikkei that his company was "laser-focused" on winning a wholesale banking license as an anchor applicant.

"Our key advantage is that being in the small and medium-sized enterprise financing space for some time, we can hit the ground running quicker, perhaps, compared to any other players," Teo said, adding that his company will forego bidding for a full digital bank license as it commits to its business-to-business model.

MaxFinx, another Singapore technology startup which offers solutions to modernize banking infrastructure in enabling functions like digital mobile wealth management and fraud detection, said it had been in talks with over 15 different consortia to provide technical and operational know-how to operate under the digi-bank licenses.

"We come in at two levels -- the first being at the technology level, in which we're able to cut costs by about 90%, as well as at the operational level, where our team has expertise to act as advisers," MaxFinx Chief Executive Timothy Chen told Nikkei.

According to Chen, under the terms of the new licenses being offered by the Monetary Authority of Singapore, new entrants will face a difficult task convincing customers that they had comparable levels of governance and compliance expertise to established banks which have led digitization efforts across Southeast Asia.

Another payments-processing platform considering applying for a license is Xfers, which is already targeting underbanked communities across Southeast Asia with integrated e-payments and expense-tracking solutions.

"We are in talks with partners and investors to work out whether the wholesale digital banking regime is a good fit for our regional plans in the immediate term," said Xfers co-founder Samson Leo.

oCap, a financing solutions provider for enterprises, said it was also considering its options, telling Nikkei that a digital bank license could be a way for the company to expand its product range and sustain the growth of more companies across the region.

Still, while there was no lack of enthusiasm among fintech companies contending for a digital banking license, PhillipCapital research analyst Tin Min Ying said that applicants will face challenges.

"Proposals for the digital banking license have to prove value creation and to display a profitable business model with an acceptable return on equity. Hence, it is still unclear how much profit can be made for virtual banks," Tin said.